Live
During the socialist regime, the efforts made to achieve efficient agriculture and food self-sufficiency ironically did some serious damage to our countryside. One exception of this, however, is the almond orchard above Hustopeče, especially in spring.

You probably wouldn’t expect to find almond trees in #brnoregion. And it makes sense, as it isn’t a typical Central European tree. Most of its global production comes from California, and if you want to take a walk through almond orchards in Europe, you’ll mostly go to Spain or some other Mediterranean country.

But then there’s South Moravia and the biggest almond orchard in Central Europe.

Self-sufficiency is the name of the game

Efforts toward self-sufficient food production in Czechoslovakia after WW2 extended even to sweets. At the time, almonds were mainly exported from Southern European countries, but the socialist establishment didn’t consider this an ideal source.

Given that some land had been abandoned by the displaced Germans in this warm part of the country, the aim was clear – to start growing almonds. In 1949, a chocolate-producing company from Olomouc started planting the first orchards, despite the fact that nobody knew how to grow or harvest them. And the first generation grown from non-cultivated seeds understandably produced substandard crops for several years. 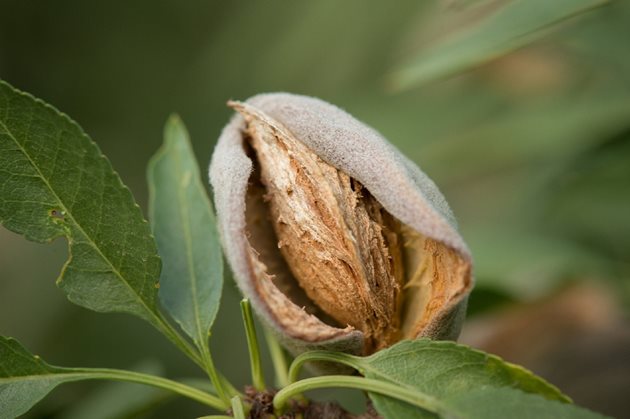 Gradually, however, the local fruit growers learned to correctly graft the trees and in 1967 the chocolate-producing factory enjoyed the first proper harvest, gaining around 60 cubic metres of cleaned cores and another 300 cubic metres of their very hard shells. And the proverbial “skilful Czechs” found some use for the shells as well, which made an excellent fuel for heating, and were used in transportation as well. “They were used to remove the deposits on the wings of aircraft and to polish locomotive cylinders,” remembers Rudolf Poslušný, former manager of the almond orchards.

With socialism almond trees dried out as well

The almond trees did very well in #brnoregion; the warm climate, its dry, hot summer, and minimal water vapour from morning fogs – truly ideal conditions for them. However, when the borders opened after the Velvet Revolution in 1989, the almonds from South Moravia couldn’t compete with the cheaper ones from Southern Europe, so the vast almond orchard above Hustopeče ran wild.

The local people refused to just sit back and let the orchards disappear, though, so a group of pupils of a local elementary school decided to take matters into their own hands, at least partially. With the help of former manager Rudolf Poslušný, they started taking care of the trees, and later other people joined and filed a petition to save this jewel of Central Europe. 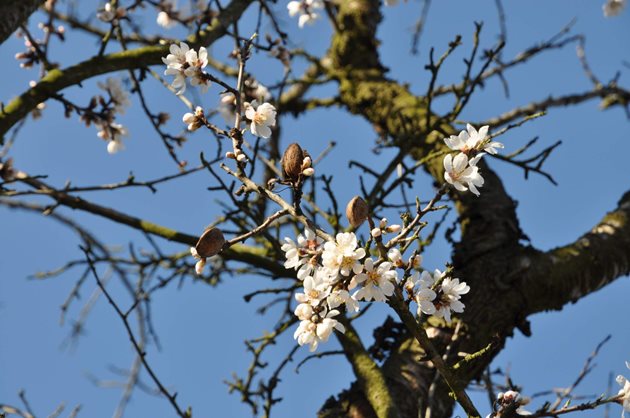 In 2004, Hustopeče gained parts of the orchard as a result of land registry adjustments, and four years later the town purchased another major part of it. After that, the trees began to receive thorough care and parts of the orchard were restored. Out of the original 50,000 trees, only two orchards remained, leaving fewer than one thousand trees, but another several hundred were later planted in cooperation with the nearby Faculty of Horticulture at Mendel University.

The beauty of spring on the slopes of Hustopeče

Today, the almond orchards in #brnoregion are mostly for recreational purposes, but these Moravian almonds do find their way into several local products. The young green almonds are pickled, while ripe almonds add an excellent flavour to the local almond liqueur.

The biggest difference is that the orchards are no longer busiest in the peak of summer but in early spring when the dark almond trees become covered in tender pink and white blossoms. And that’s when thousands of people visit, either for a short walk or for a proper hike through the wine-making countryside of South Moravia.

The fame of the Moravian almond trees is supported by an educational trail as well as the annual Almond and Wine Feast, which takes place around the time when the trees come into bloom. In 2020, the feast will liven up Hustopeče and the surrounding areas on the weekend of March 27–29. In addition to the food festival dedicated to the flavour of almonds, visitors will be able to take a special walk through the orchards with fun challenges for the entire family.