Do business
KINALI robotic systems can improve or even replace people’s imperfect eyesight in industry. Thanks to machine vision and AI, they don’t miss any scratches on pressed plastic parts or colour deviations on small as well as large surfaces.

KINALI started as a software developing company, and for a long time it didn’t want to create its own hardware. Today, however, it specializes in single-purpose machines as well as complex robotic systems that facilitate and automate stereotypical activities in industry.

From a summer job to their own company

The journey to robots and AI began in 2005, when two university students started developing software solutions for preparing production data.

Having just finished his bachelor study program at the Faculty of Informatics at BUT and before starting his master’s degree studies, Jan Štěpnička, one of these two students, took a summer job in a company dealing in electronics production. The equipment by Mydata (today’s Mycronic) used in the company was excellent as far as hardware was concerned, but it needed better-tuned software.

And Štěpnička took full advantage of this opportunity. He soon realized, however, that developing such software is a job for more than one person. “Jan must have approached almost all his fellow students, but nobody wanted to deal in it. I accepted it as a challenge, so we started developing software solutions for placement machines, data preparation, and for preparing as well as organizing production. And this has become comprehensive software for preparing and planning electrical engineering production,” remembers Radek Štourač, who was intrigued by Štěpnička’s idea. Later, they established the company together and he is now one of the two co-owners of KINALI. 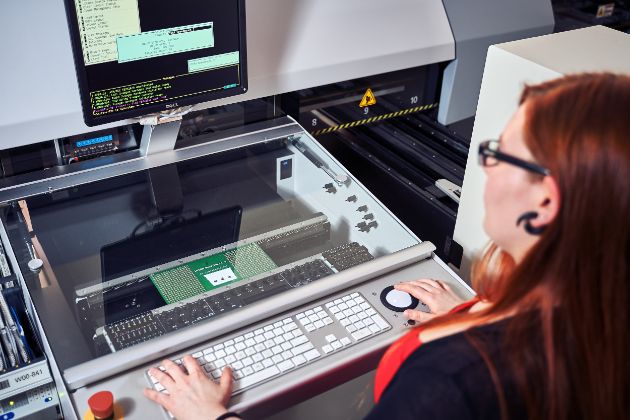 “The people from Mydata liked our results, so we could start negotiating and setting up our cooperation,” continues Štourač, describing how the primary development cost them almost one year of their lives and, mainly, the master’s degrees they simply had no time left for.

The sacrifice has paid off, though. Štěpnička and Štourač didn’t sell their solution to Mydata; instead, they started developing software for it as an independent contractor (at the time named Kinalisoft). And that cooperation continues to this day, only with Mycronic, which is a company that has gradually purchased all its strategic partners. Except for KINALI. “This is the only way we can freely decide what to create outside their division, and we can inspire each other like this,” explains Štourač, saying how important it is for KINALI to remain independent. There’s a special division in the company cooperating exclusively with Mycronic, and it’s one of the main pillars the company stands on.

Things changed substantially in 2009 when KINALI gained another partner and started dealing in new technologies, such as machine vision, and created an application for precision measurement of machine tools. Keeping track of new trends is a must in KINALI, so the machine vision was later completed with AI, 3D image processing, and mainly with the distribution and development of hardware. And that’s taken care of by the company’s industrial automation division. 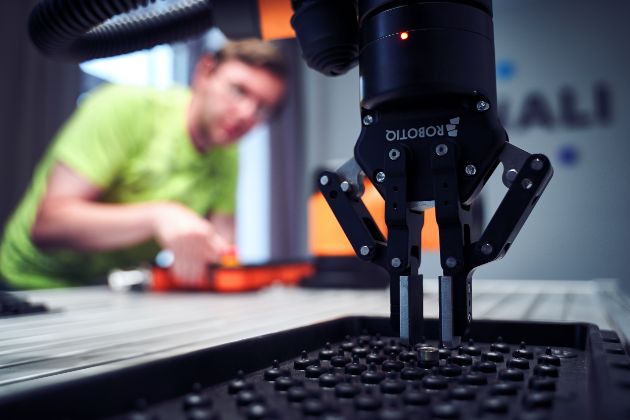 “Up until 2013, we had never wanted to do anything related to hardware,” says Štourač, smiling. Hardware is actually much more demanding to develop than software, but it turned out that a comprehensive solution is a logical thing to design. And so in 2013, KINALI started producing single-purpose devices customized to a client’s needs.

KINALI has worked on several projects they now call “vacation topics”, because no commercial product came out of them. One of them is HomeBrain, enabling people to do shopping or make phone calls via television, and another called “telemedicine”. “At home, you would connect some devices to your body through your television and, remotely, consult your condition with a doctor,” adds Štourač.

Another idea – an application for biometric walk recognition – hasn’t been implemented; it could have been used in crime investigation and was expected to be as reliable as fingerprint recognition, though. Although no final product has been born out of these projects, Štourač admits that during their development they all learned a lot. “A fair amount of our success is thanks to failures, as they’ve pushed us further as well.”

In 2016, KINALI started dealing fully in the AI used mainly by their optical quality control machines. Then the company underwent rebranding, abandoning the Kinalisoft brand and switching to KINALI – We Do Intelligent Vision. 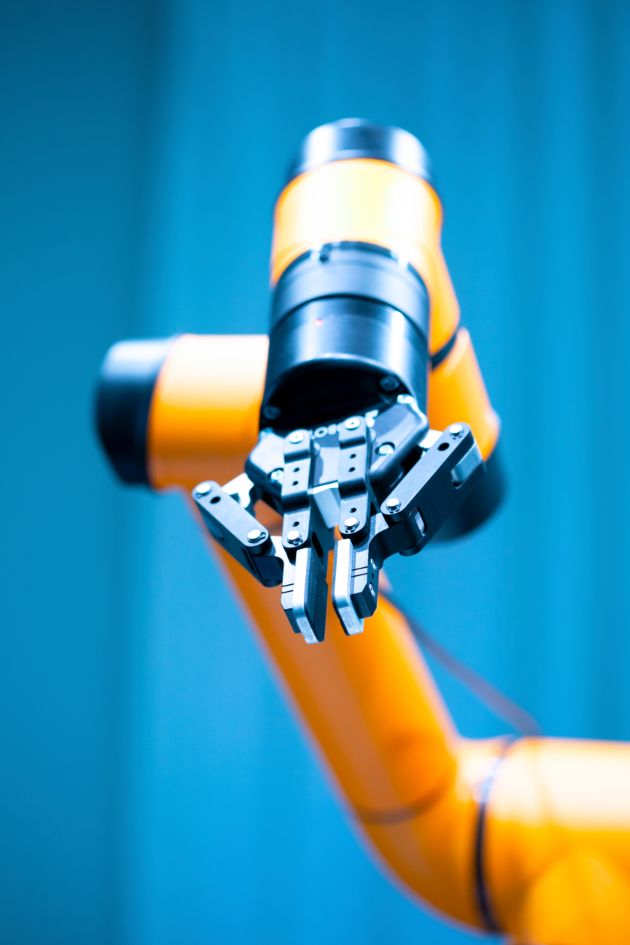 Since 2017, KINALI has been an exclusive distributor of collaborative Aubo robots. “We were approached by a Korean company that was looking for a Czech partner to develop what’s called a Bin Picking system. We didn’t agree on a partnership at the time, but we liked the idea and only needed to have a robot we knew every single thing about, which is how we discovered Aubo robots,” explains Štourač. The robots can be configured according to a client’s needs, so today the company offers a truly comprehensive solution.

The robots can weld, grind, polish, control machines, handle material as well as check quality, and they are easy to configure. According to Štourač, the Aubo robot can help wherever a precision-dependent routine is needed: “Stereotypical operations should be done by machines.”

Product of the future

KINALI eventually developed the Bin Picking system, but it hasn’t spread within the industry too much due to its insufficient speed. That’s why it has been incorporated into a new product named Test-it-off, which is a robotic testing worksite using the bin picking system in combination with machine vision for optic quality control as well as AI. “Put a box in front of this device and the robot takes out the components and, using a camera, separates the flawless ones from those with defects, all by itself.” Such a robot can work 24 hours a day, which is a huge advantage. According to Štourač, this device will be revolutionary, mainly thanks to being intuitive and easy to control.

Experts from the Faculty of Information Technology at Brno University of Technology have been cooperating on this product with the aim of adding elements of augmented reality into it. In return, KINALI has been supporting various university events, so its students are interested in cooperating with the company, which is something Štourač likes: “This way students have time to deal with a problem without being pressed for time.”

The entire journey was a challenge

Today, KINALI employs over thirty people who all know each other. And even though KINALI plans to grow slowly, Štourač believes the company could handle rocket growth as well: “Having one division already working for a corporate company, mutually linked with their processes, is an advantage for us. At the same time, we can adopt the processes we like and leave those we don’t. And it’s a great thing to have such a teacher.” 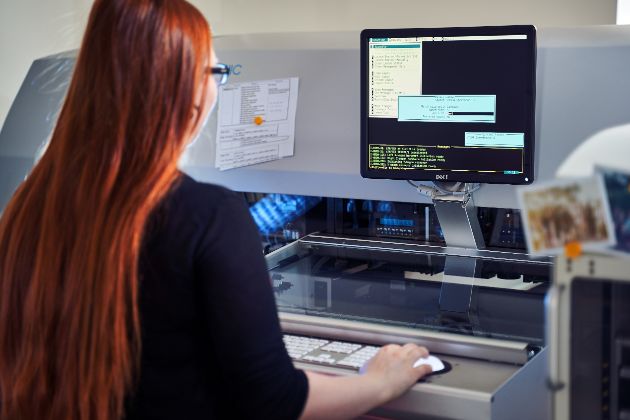 On its way to success, KINALI gets help from JIC, an institution that has been feeding the growing, supportive business ecosystem in #brnoregion: “An excellent ecosystem is taking shape in #brnoregion. And we like to return the support we receive, either through FabLab Experience, which we provided with our robot or by participating in seminars and events where we share our experience. If JIC had been around when we started, we would be much better off today. It is quite a challenge for an immature person of 23 years of age to deal with serious business relationships, know a lot about how business is done, and to make their business grow at the same time,” says Štourač about the beginnings and the first years of the company.

“We are patriots and want to keep improving #brnoregion together. We may open some branches elsewhere in the future in order to have some physical presence in those regions, but our headquarters is definitely staying here,” says Radek Štourač, CEO at KINALI.