Red Hat presents Brno as an example for the whole world

Work
Software giant Red Hat launched its Brno subsidiary in 2006. At that time, it was manned by just a couple of people and its office wasn’t larger than a flat. Today this company employs more than 1,000 people in Czechia, also thanks to cooperation with the Faculty of informatics at the Masaryk University.

Red Hat products are almost mythical. Almost everyone has heard about them, but only a few people realize they came in contact with them. The company develops software used in ATMs, chips, cars. Also, everyone who has watched DreamWorks animated movies came across them – their enormous quantity of data has been processed by tools provided by Red Hat. This company has the largest developer centre in Czechia. And by Czechia we mainly mean Brno because that’s where all the engineers designing new solutions for 23 company products reside.

“Years ago we were trying to find a place where we could grow. A lot of tech companies expanded to India at that time, but our work was based on the open source principle and it seemed to us that engineers in Eastern Europe are much more skilled in this respect,” said Paul Cormier, the company’s manager responsible for products and technologies who was one of the founders of the new subsidiary.

“We chose Czechia mainly because of the enthusiasm of local people who were starting with us at that time. To be perfectly frank, originally we aimed for a low-budget model, but everything grew so fast and well that money then wasn’t an issue at all,” said Cormier, smiling.

Even though Czechs themselves often might not have an inkling about it, for Red Hat Brno is a model for cooperation with colleges and other institutions which is then applied elsewhere. In case of Red Hat for instance now in Boston. “We were a small start-up, we had seven people here and we stayed mainly because there was a university, a wonderful source of a well-qualified workforce,” said Cormier. 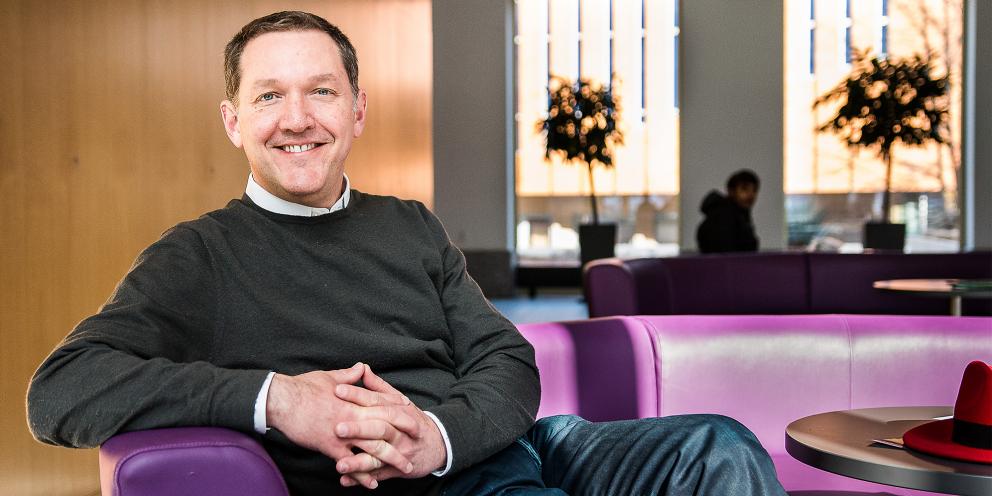 We do not poach undergraduates

That’s a thing of the past. Today students write bachelors’ theses on topics assigned by the company or they work part-time on company’s projects. Ideally, they gradually move to the company, working on increasingly more complex tasks.
“Some companies try to entice students when they still haven’t finished their degree, but we don’t want that. We are coding here on such a high level that this just can’t be done by poorly educated employees. We need people who can make the core of our products and develop innovative solutions – and that requires substantially high education,” said Jim Whitehurst.

Among others, it’s one of the reasons why Red Hat as a first company partly finances Ph.D. students at the Faculty of informatics at the Masaryk University.

To pull out IT specialists right from the school is a trend that became widespread because generally there is just not enough of them in Czechia. „But in that you are not at all special, companies have been complaining about it all over the world, it’s a global problem,” said Red Hat board members in unison. But they also agreed that they are not struggling in recruiting talent. And certainly not in Brno.

“From the very beginning we have said this won’t be a place for boring maintenance of products, but really for development and new things which is something every developer wishes for. What’s more, we work in an open source environment, something very topical, what changes really fast – and everyone wants to have their fingers in this particular pie,” said Cormier.

Open source approach means that the company releases its source code and lets the community of IT experts modify it and supplement it. This would be unimaginable in any other business area, but in IT it pays off and it’s a huge trend.

“We got to a point where most innovations happen in an open source environment. Problems that giants like Facebook or Google have to tackle are so huge, that people in one company would struggle with them unnecessarily long time,” added Whitehurst.

It’s not very likely that this Brno company will move further East. “I keep hearing that we should have a developer base in Vietnam or in Poland, but I just don’t see why. Why should we move when we grew up in Brno so well,” said Cormier. According to him and his colleagues, we could see just more specialization of local developers – that they will not work on all products but will focus on some of them and go deeper.