What makes Christmas in #brnoregion special?

Live
Christmas in the Czech Republic may seem the same as in lots of other countries. It's cold, the city is covered with colourful lights, a decorated Christmas tree, good food, gifts, and lots of meetups with friends and relatives. So what is so special about Czech Christmas then?

Looking forward to Christmas for the entire month

We start to prepare for the greatest feast of the year well in advance, and we don’t mean the Christmas ads that are already starting to appear at the end of summer. True, the four-week Advent has Christian origins, but its traditions and customs date to a long time before that. With the crops harvested and nights getting longer, people would spend their time telling mysterious stories, impatiently awaiting the winter solstice – the arrival of the solar deity and longer days. Not all the original traditions have survived, but Advent still provides an atmosphere of magic all the same. 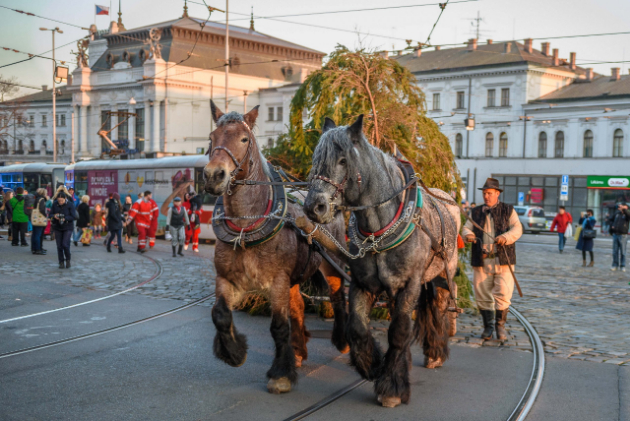 Have you been good this year?

The time before Christmas has been always associated with the names of several saints, but one of them – Mikuláš (or Saint Nicholas) – is still remembered by every child. On the fifth of December, the eve of St Nicholas’ Day, you can come across dozens of bishop Nicholases downtown, as they walk together with Angels and Devils, bringing small gifts to children. To the ones who have been good, that is. The naughty ones are given only potatoes and coal and the Devil can even take them to hell (at least that’s what people say). If the children say a rhyme or sing a song, though, they may soften the Devil up. And if Saint Nicholas, the Devil and the Angel don’t catch you at home, they’ll leave a package for you on the window.

Did you know that the first days of December are especially suitable for various magical rituals? On the fourth of December, the feast of St Barbara, girls would cut twigs off fruit trees, hence called “barborka”, and put them in a vase full of water. If the twig came into bloom, the girl could look forward to getting married the next year. It’s still magical to have some fresh blooms in December, so the “barborka” twigs are put in vases these days as well. 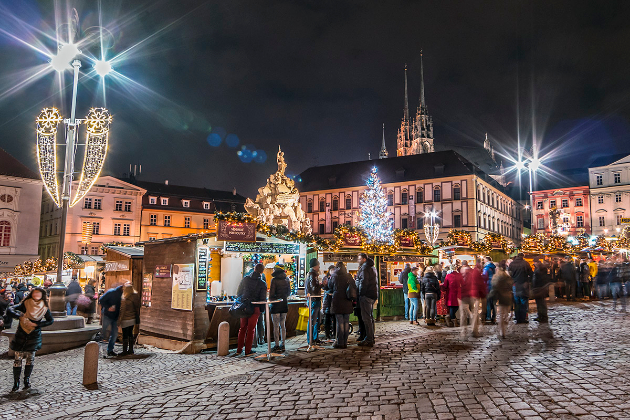 According to a very popular proverb, “Saint Lucy shortens the night without prolonging the day.” It dates back to the times of the Julian calendar (used until 1582), which marked the winter solstice on December 13th. And even though today we know that the days start to get longer only over a week later, our ancestors believed that the night wouldn’t get longer anymore. That’s how strong their desire was for longer days!

Stay away from those sweets!

Anyone with a sweet tooth is going to enjoy Advent in #brnoregion to their heart’s content. Or belly’s content, to be more precise. Czech housewives still compete to be the first to start baking Christmas sweets and have the most types (ten may not be enough for some!). And since they start baking well in advance, every child trying to sneak into a cold basement or balcony on a secret sweet-hunting mission was often met with “Stay away from those sweets! They’re meant for Christmas!” And then one day Advent turns into Christmas, and the trays overflow with the sweets that suddenly nobody really feels like eating, especially after all the other Christmas specialties. At that point, the phrase changes to “Why haven’t you even touched the sweets??” 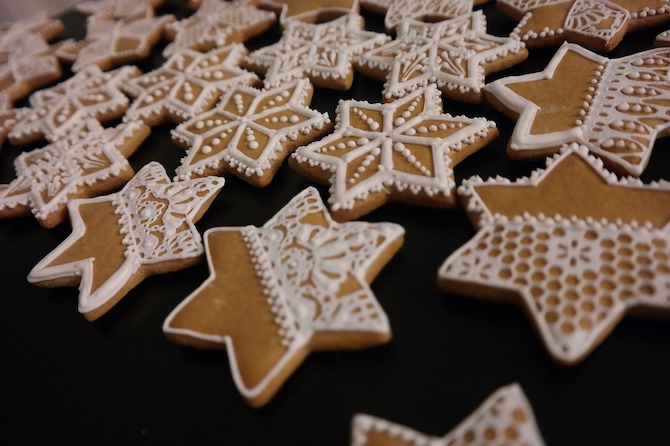 We kind of spoil ourselves on Christmas, you know. And that’s perhaps another remnant from the past when it was necessary to properly honour the solar deity. Only our “golden pig” has survived from the Advent fasting. They say that only those who fast for the whole day until Christmas Eve dinner will see it! And no wonder, really – go an entire day without eating anything and you’ll see all kinds of stuff!

Christmas Eve is upon us 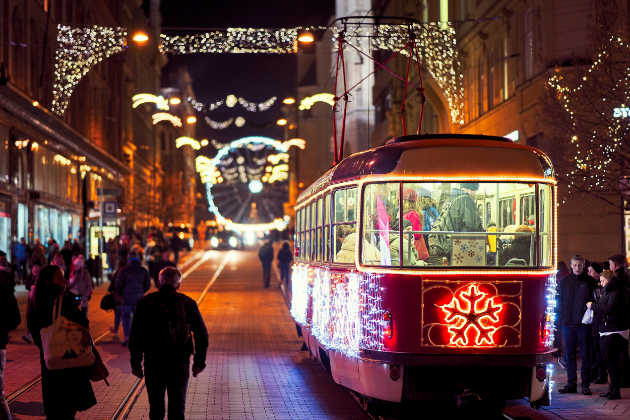 There’s a lot of cleaning and cooking before Christmas Eve dinner. Those who worked hard during Advent go for a walk or take a rest, and it’s a good thing because if you sweep on Christmas Eve, you may actually sweep luck out of the house! People decorate the tree, prepare fish soup and potato salad, cover pieces of carp or pork in breadcrumbs and fry them, and bake “vánočka”, which is a Czech type of holiday bread, also called stollen.

Vánočka is a type of cake woven from several strips of dough, symbolizing Baby Jesus dressed in swaddling clothes. People also used to believe that the cross weaving would protect them from evil powers. 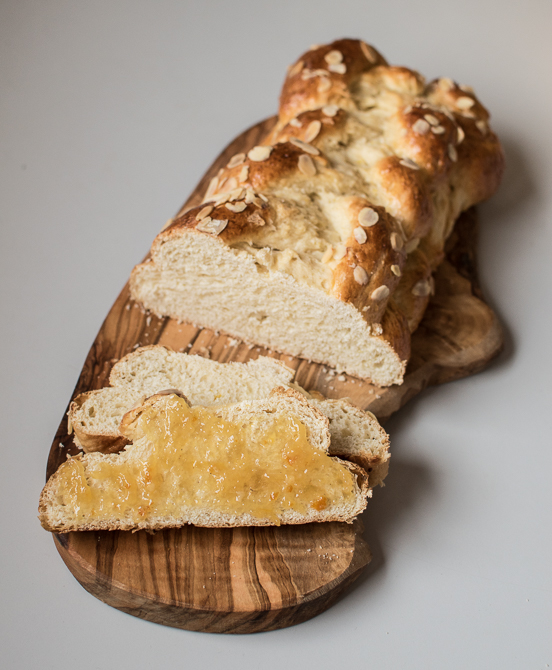 Did you know that our potato salad is a source of numerous Christmas disputes? It’s because everybody prepares it in a different way. Of course the main ingredient is potatoes, but what else? Some people add mayonnaise, others yoghurt. Some can’t imagine their salad without root vegetables and pickled cucumbers, others prefer peas, boiled eggs or even ham. In short, there are as many versions as there are families that prepare it.

Sweeping the luck out of the house isn’t our only superstition – we have so many on Christmas Eve! There has to be an even number of people at the table, or at least an extra plate should be set. People put fish scales under their plates to make sure they’ll have enough money next year, and those who get up from the table during dinner are not likely to live long enough to enjoy next Christmas. 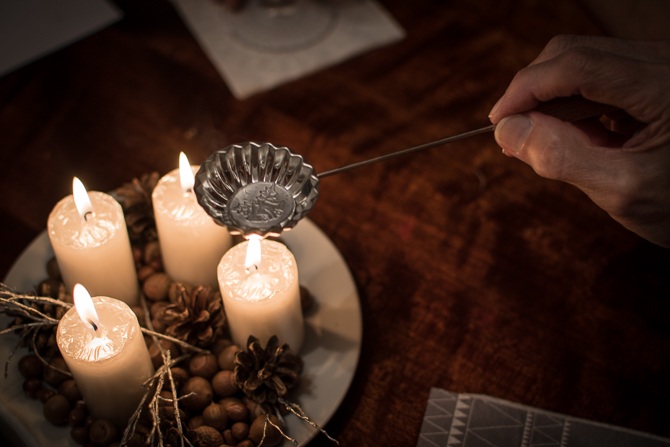 There are other ways to predict your luck for the coming year, though. After dinner people cut apples in half and if the seeds form a star they’ll be healthy next year. People place small candles into nutshells and float them on a bowl of water – the longer the candle burns, the longer they will live. Melted lead is poured into water and the shapes it forms show you what to expect next year. And the list of customs goes on and on, and though some of them may be forgotten, many of them are still around today.

A baby brings us gifts!

We are one of the few countries where the national symbol of Christmas and the person who actually brings the gifts has no visual representation. This may also explain why a growing number of things and decorations depicting the American Santa Claus have made it into our shops. Our gifts are brought by Baby Jesus. And the idea that a new-born is bringing gifts is… well, a bit weird. However, that’s how it is and at least we get to use our imagination. 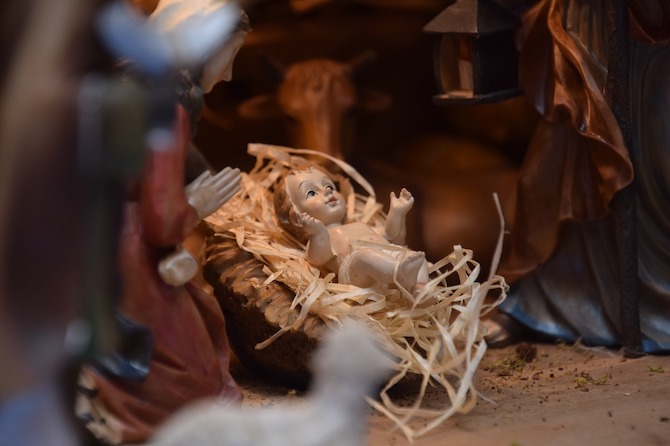 Visits, visits, and even more visits

Christmas Eve isn’t the end of Christmas for us. It’s followed by two more feasts during which our ancestors were supposed to rest (perhaps to recover from the attack of the Christmas Eve delicacies on their stomachs) and refrain from cleaning. Some were said not to even wash themselves. And it may still be like that in smaller families. However, for the big ones a marathon of visits to relatives begins, during which more gifts Baby Jesus “left under the tree” are distributed and even more sweets are sampled. 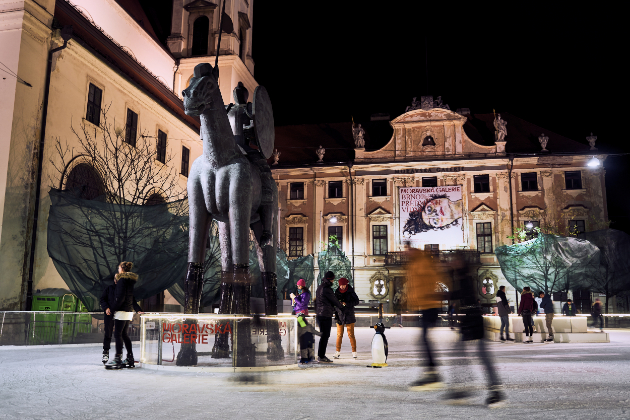 With seven days between Christmas Eve and New Year’s Eve, those who don’t have to go to work after Christmas can enjoy some rest. It’s a school holiday, so people take the week off if they can. And as we wrote in our article on Easter – we do like our days off and celebrations.

NEW EUROPEAN BAUHAUS: A HOPE FOR SMART EUROPE
The New European Bauhaus endeavors to merge the European Green Deal with quality design to be inclusive and accessible to everybody. The aim of this project is to show how sustainable innovations bring real, positive experiences into our everyday lives.
Enjoy summer in #brnoregion – 10 places to go to
Summer is here and so might be your desire for an adventure. Here is our list of places and things to do if regular sightseeing bores you to death. Unique, edgy, or just plain beautiful, these tips can help you discover the gems of #brnoregion.
Choose the topics that you enjoy. We'll send you monthly digest.
By clicking on "Subscribe" you agree to data processing.
Facebook
Instagram
Twitter
Linkedin