Do business
The space industry isn’t an invisible phenomenon taking place high up above our heads. In fact, we use many of its products every day, sometimes without even realizing it. #brnoregion is the centre of the Czech space industry which, despite its young age, has been making some big waves. And that’s one of the reasons why the Brno Space Cluster was recently established.

Satellite TV, navigation, weather forecasts – there are many ways that the space industry makes our lives more comfortable. Consider withdrawing money from an ATM, for example. “All the ATM machines are synchronized through the Galileo navigation system and GPS. The time they are set to needs to be absolutely accurate in order to eliminate the possibility of withdrawing money at two places at the same time,” explains Václav Havlíček, manager at the recently established Brno Space Cluster. The cluster consists of eighteen companies, including twelve with diverse areas of specialisation, all of which decided to unite and fight together to win prestigious commercial contracts.

The average space industry company currently has around ten employees and usually works on non-commercial projects for the European Space Agency (ESA). Winning an interesting commercial contract is close to impossible for small companies like these. And that’s exactly what the cluster intends to change, as it allows its 18 members to act as one. “I represent the cluster as a company with over 200 employees, working for the space industry on pretty much everything: building satellite, or rocket parts, including software, data processing. As a single entity, our position during negotiations and in foreign markets is now stronger,” says Václav Havlíček on why the cluster was established. 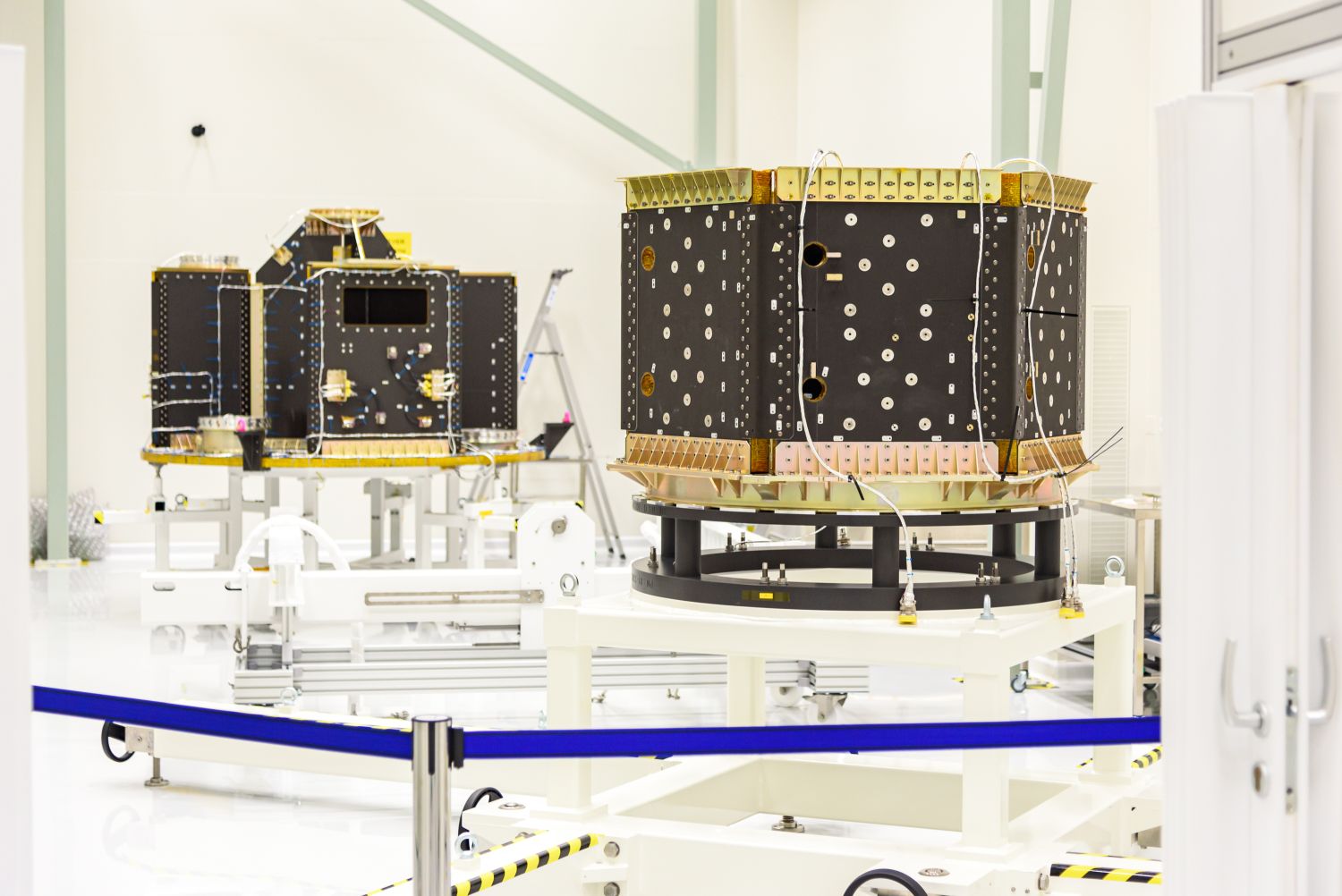 In fact, space companies from #brnoregion have already attracted the spotlight on their own, as SAB Aerospace, one of the founding companies of the cluster, prepares to send frog astronauts into space to research how they evolve there. At the same time, SAB developed the first carrier of small satellites for the VEGA European rocket – an achievement which cut the costs of their trip into space by fifty percent. And there’s many more achievements like this! One more example: thanks to the smart people from our region, the astronauts aboard the ISS can enjoy their coffee, as G. L. Electronic helped develop a space-grade coffee machine. And now that the cluster is involved, these are just a small sample of the grand projects these companies will be responsible for!

Brno Space Cluster: a varied mishmash of companies and institutions

Just imagine how (intentionally) diverse the Brno Space Cluster is. SAB Aerospace is the largest company in the Czech space industry. Apart from carriers of small satellites, it’s worked on the development of a structure for the two-ton PLATO probe and the ROSE-L satellite. Zaitra focuses on AI for processing data from space both on Earth and in orbit. Inpraise Systems develops pumps for satellites. “Cooling down a satellite is very demanding, and the pump needs to work on the satellite without any maintenance for at least, let’s say, five years,” explains Václav Havlíček. GroundCom develops ground communication stations as well as a platform that lets you rent a communication station anywhere on the planet much in same way you’d rent a place on Airbnb. The other eight companies are accompanied by JIC as a strategic partner, Brno universities, the Brno Observatory and Planetarium, and the Brno Regional Chamber of Commerce.


Popularizing is mainly about fun

The primary goal of the cluster goes beyond attracting big business and prestigious commercial projects to #brnoregion. As the local space industry and companies continue to grow, so does the needed for educated enthusiasts. Which brings us to the other half of the cluster’s efforts: popularizing and educating, and there’s no one better for the job than the Brno Observatory and Planetarium. “In the long term, popularization activities bring more business, and in the short term it’s something we enjoy. It’s great to shoot a rocket into space, but it’s even better to hop on a tram in Brno and hear local people talking proudly about the space industry in Brno,” says Václav Havlíček. The Brno Space Cluster is already involved in education, as a master’s study program Space Applications has been established at Brno University of Technology in cooperation with the cluster. The program will be taught in English, making it available for smart brains from all over the country as well as abroad.

An experienced new member becomes an important part of the ESA

The glory of the Czechoslovak satellite Magion faded a long time ago, and our country joined the ESA in 2008 as a new member without much experience. “Our first priority was to make sure we were capable of producing and delivering components to large companies,” emphasizes Václav Havlíček. And the Czech Republic succeeded not only in this, but also in producing its own functional units as well. We’ve come a long way since then, though. For two years in a row, the Czech Republic has established an ambitious mission that will be completed exclusively by Czech companies, as well as at least one mission with huge scientific contributions by 2030.

Among the candidates is the SLAVIA mission, which aims to launch two satellites equipped with special cameras to decipher the composition of meteorites using the principles of spectroscopy. “Right now we’re only able to study the objects that fall to Earth, but those are extremely rare and hard to find. We think some meteors contain sodium, and that’s quite a mystery for astronomers. Measuring this right from orbit may help us solve this mystery,” explains Václav Havlíček.

Being proud is cool! 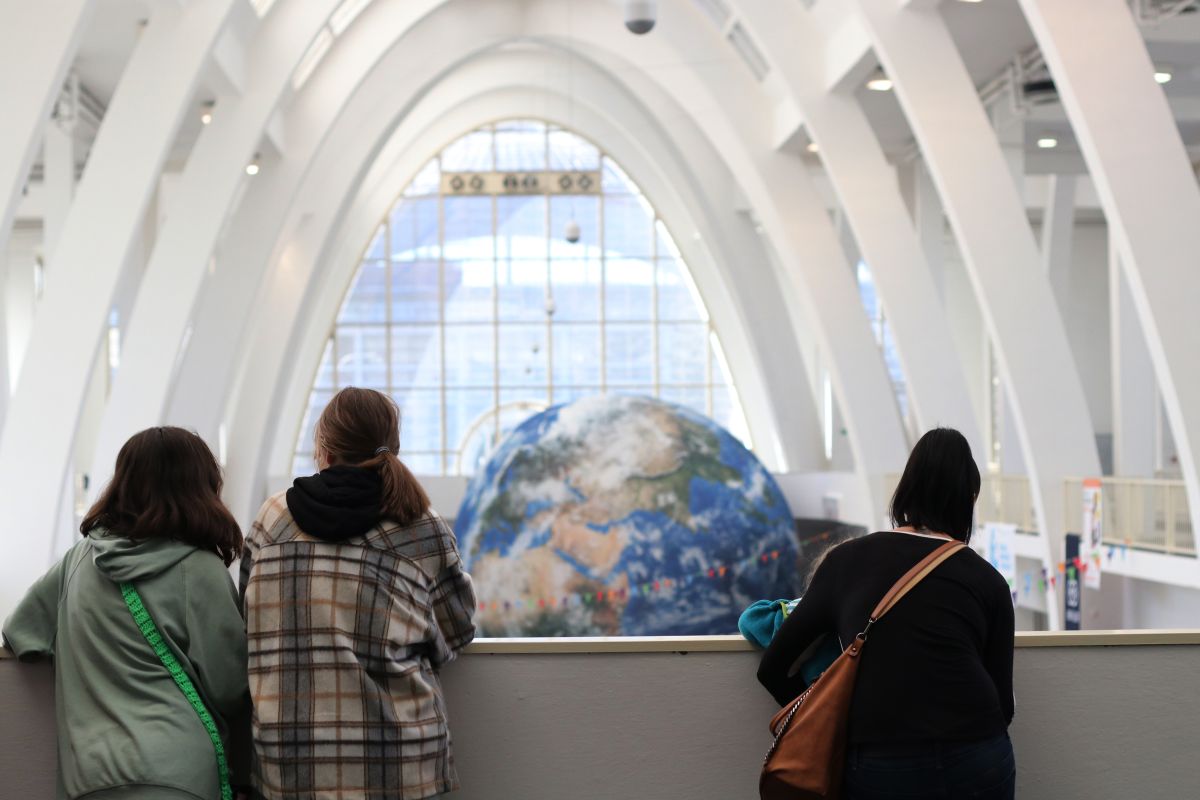 Even though it isn’t exactly a “cluster” project, many of its members will be cooperating on it. And the final output of the mission could be a space map of minerals. “This clearly shows that we are capable of creating and implementing a project nobody else in the world can do. State-of-the-art in terms of science as well as very interesting when it comes to technology,” adds Václav Havlíček.

“Our country can’t even build a simple highway,” we keep criticising ourselves. And the truth is building highways is a recurrent problem here. On the other hand, we can do things nobody else can, and this is reflected in the space industry, among many others. “Let’s be proud of #brnoregion; of its great wine as well as the huge number of industry-leading technology companies,” concludes Václav Havlíček.