Do business
The urge to do things their own way has placed Madfinger Games, a studio developing games for mobile phones, among the very best in the world. Titles such as Samurai, Shadowgun and Dead Trigger have already become true legends among mobile phone gamers.

When burning out lights your fire

The founders of Madfinger Games were no rookies in game development. Coder Marek Rabas, graphic artists Pavel Čížek and Michal Babjár, and sound engineer Tomáš Šlápota met while working for Illusion Softworks (today’s Hangar 13), so they had some serious industry experience behind them.

Back in 2009, while helping to establish Vatra Games studio, Rabas and Čížek came up with the idea to develop games for mobile phones. At the time, however, they were burnt out and longed for independence, wanting to do things their own way. This was right around when the first iPhones were coming out, so it quickly became clear what their new business plan would be. 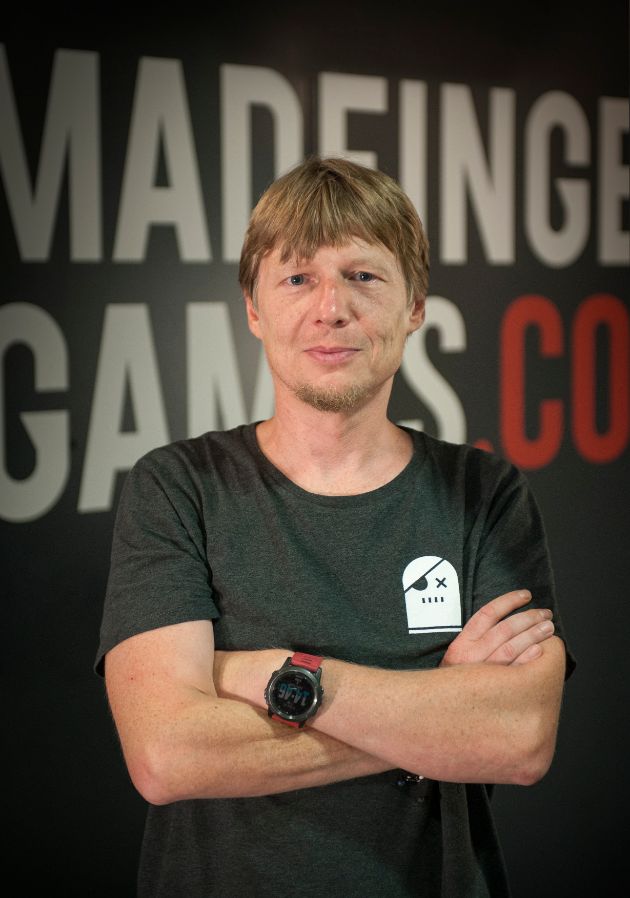 They brought Babjár and Šlápota onto the team and in their leisure time started to work on the first game. “It was a catastrophe. We hadn’t done any market research, so we earned just enough to pay for the Apple license, as there were around thirty similar games on the market already,” remembers Rabas, now CEO at Madfinger Games.

They were convinced that everyone would soon be using smartphones and used that belief to drive them forward. And their next game was much more successful; even though it still wasn't enough for the company to live on, the game gave the company its name, as Samurai: Way of the Warrior was controlled by one “mad” finger.

The question then became where to go from there. “In 2009, nearly all of us had a mortgage to pay or a pregnant wife at home; then the crisis hit, which made it difficult to find an investor,” explains Rabas. Also, at the time nobody here believed in the potential of games for smartphones, not even their colleagues from the gaming industry.

Eventually, they found an investor, allowing them to fully focus on developing games. In 2010, these four game developers founded Madfinger Games, a venture which became profitable in just a few months. However, it was still rather risky to hire new employees, so they continued working as the original four-member team.

Samurai II: Vengeance opened some important doors for the company, though. “It’s probably the oldest game which still looks good on phones,” says Rabas. Also, it was one of the first good-looking games on Unity (i.e. the engine Madfinger Games develops its games on). And it was Unity Technologies whose attention the game drew so much that – thanks to its contacts with Apple – Samurai II made it to front positions in the App Store. 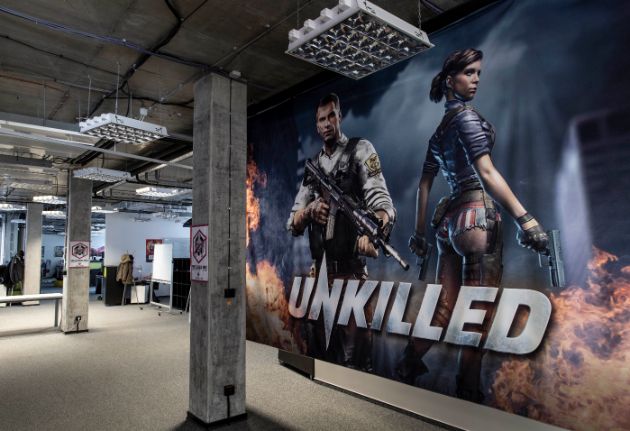 Later, Unity Technologies even invested into the game which was expected to show all the advantages of its engine, so in 2011 Shadowgun was released, once again more successful than its predecessors. It was even recommended by Apple as well as Google in their stores and over one million copies were sold. This allowed the company to hire its first employees. “There were around ten of us, we hired our first tester and even bought our first coffee-maker, which we still have here,” remembers Rabas, smiling.

Another company to open its doors for them was Nvidia; at the time, it was starting to produce gaming devices on Android (and with its own Tegra chip), so it convinced Madfinger Games to develop its games for Android as well.

After 2010, the free-to-play model started to dominate on the mobile game market, which was a brand new challenge for Madfinger Games as well. It later released Dead Trigger 1, the company’s first zombie game. “At the time, we knew nothing about the free-to-play model; in fact, the only thing we knew was that the games were for free and didn’t look too good, as nobody invested into the way it looked. We wanted to develop a perfect game, though, with a premium look, just for free,” says Rabas on their initial intentions which, however, didn’t work out as expected.

Eventually, they offered the game for a single dollar, but due to incorrectly-set monetization the game was in red numbers. What’s more, while they were happy about the 200 thousand downloads, the 90% piracy rate was pretty annoying. That’s why they later offered Dead Trigger 1 for free. “On our Facebook page we said that we did it due to a high frequency of piracy. Some journalist from The Verge read it and wrote about it, and this post was then taken over by a lot of other media which boosted our downloads so much that we earned even more than with Shadowgun,” describes Rabas this blessing in disguise.

Madfinger Games has been offering all their games for free ever since but learned a lesson. As it turned out, the advantage of the free-to-play games is a relatively stable income which doesn’t drop as quickly as with paid games.

The most successful game of this Brno studio was released in 2012. So far, Dead Trigger 2 has been downloaded over a hundred million times and has earned the most. At the same time, its creators say that it’s not a pay-to-win game, so it can be finished without paying anything.

Prior to finishing Dead Trigger 2, the company already had around 35 employees and had moved to new offices and expected further growth. However, they ran into recruitment troubles, and the consequences would impact the company for several years to come. The games got bigger and more elaborated but didn’t bring the anticipated results. “We didn’t have the right people in the right positions. And we had no processes worked out. We just sat down and developed a game,“ Rabas describes the way the company worked at the beginning; however, this style became unsustainable with the growing number of employees. 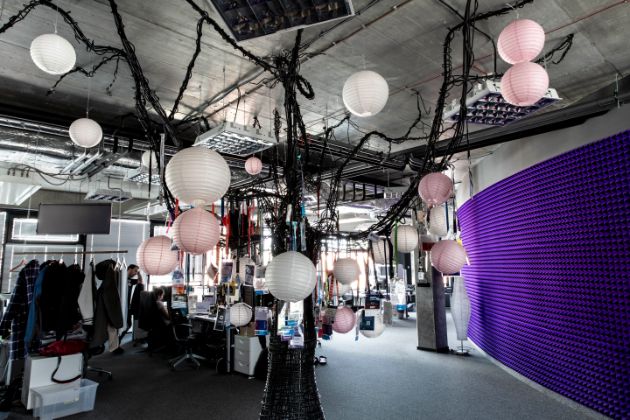 The company’s new title Unkilled generated nine million downloads in the first month, and while that might seem like a huge number, the guys at Madfinger Games weren’t satisfied: “Our previous games reached the very top of the chart with, for example, fifty million downloads. And suddenly we had only nine,” adds Rabas.

The crucial moment for the company came with its Shadowgun: Legends project, so far the most difficult one. At the time, it had around one hundred employees, many of them foreigners, such as Spaniards, Japanese, or Russians, all of whom were growing more and more dissatisfied with the lack of good management.

“This growth was one of the largest challenges we’ve ever faced. I think 100 people isn’t too many, but it’s no longer ten people, so you need to have some processes in place. At the same time, the company needed to remain agile and faithful to the idea it was founded for,” says Rabas, CEO of Madfinger Games.

This is why Rabas has been focusing on making the company run in a correct way since the release of Shadowgun in Spring 2018. He says that in recent months it’s been obvious that the company has been rising from the very bottom. “I think we can see now that our people are satisfied, working on something they enjoy and doing a perfect job.” 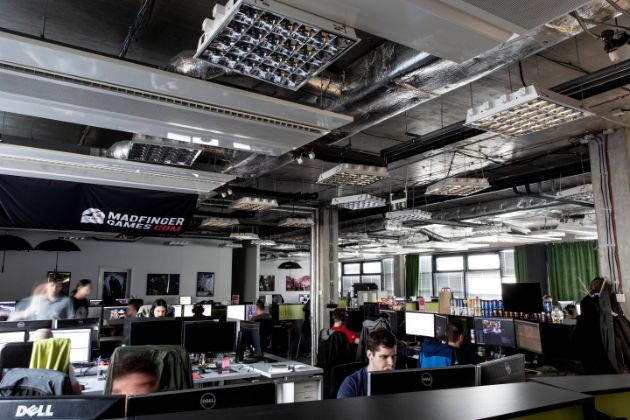 When asked where they get their motivation for future releases, they simply reply “Everywhere!”. At the same time, Rabas admits they don’t develop projects that are unique in the world. “We are inspired by the games we play on consoles. We don’t copy things, but when we see that something works fine, we adjust it for mobile phones. And, mainly, we develop games we ourselves enjoy as well.”

“Every game developer should just love them; only then will they know what they’d like to achieve and who they’d like to surpass.“ Marek Rabas, CEO Madfinger Games.