The Industry 4.0 has arrived in #brnoregion

Work
Digitalization, robotic process automation, autonomous production, machines taking people’s jobs… Hey, slow down, would you? Each industrial revolution brought changes. In #brnoregion, however, we are not afraid that machines will take all our jobs and people will suddenly have nothing to do. We’ve been trying to make use of the Fourth Industrial Revolution to the benefit of our people, companies and the entire region as well!

Digitalization has already broken into all the areas of our lives and affects us all, often even without us even realizing it. In our pockets we carry various smart devices permanently connected to the Internet and we communicate with people as well as with home weather stations, garden irrigation systems or with our fridges and washing machines. We didn’t even manage to look back at the Third Industrial Revolution before the Fourth arrived. Opinions on whether it makes sense to differentiate between them vary, but let’s take a look at what specific things the latest revolution, also called Industry 4.0, is bringing to #brnoregion.

The vision of the Industry 4.0 concept was born in Germany and is defined in the document introduced at the Trade Fair in Hannover in 2013. Even though leading German engineering and electrical engineering companies contributed to the program, Industry 4.0 is supposed to affect all the areas of people’s lives in all the advanced countries.

Industry 4.0 is more than just digitalization and robotic process automation. The idea of what is called a smart factory is also about using cyber-physical systems and Internet of Things in production. Here, machines are able to configure and diagnose themselves, and the factory manager may check on the production through the cloud even from the other side of the globe. And the Production Cell 4.0 by research centre INTEMAC proves that these aren’t just visions.

INTEMAC is a research, development, and educational centre based in Kuřim. It focuses on applied research, experimental development, and education in engineering production technologies. Its aim is to strengthen the competitiveness of Czech producers and suppliers of production technologies. INTEMAC research centre is managed by Intemac Solutions s.r.o., a daughter company of South Moravian Innovation Centre (JIC). And the project is supported also by the South Moravian Region, Brno University of Technology, and other major engineering companies from #brnoregion.

In engineering, the basic principles of Industry 4.0 are demonstrated by the Production Cell 4.0 prepared by several major technology companies led by INTEMAC. The Cell is a functional unit which interconnects a machine tool, robot, and a measuring station, and it’s a real, fully working demonstration of robotic process automation, automation, and digitalization in production.

Led by the research centre, various private companies participated in the construction of the Production Cell 4.0: TAJMAC-ZPS provided the machine tool, Renishaw provided the measuring station, the open platform was developed by B+R automatizace, ABB lent out the robot to demonstrate integrated robotics, the cloud platform and smart extended reality glasses were provided by Unicorn, a thanks to Sewio it is possible to monitor the movements of people and material around the Cell. Each of the companies thus verifies its own technological solution in cooperation with the others.

Various individual devices can be interconnected with the Cell, so it can be used for a small-scale production as well. The production can be modified even several times a day, so it can be used also for small-scale jobs to produce various components for prices equal to a large-scale production. Besides, the Cell can check its products on its own, and when it finds an imperfection it sends out information to the machine which fixes the workpiece itself.

“Most of the Czech production companies have no idea what to expect from the transition to smart production, so we decided to use a laboratory model of a real operation to demonstrate how to apply the elements of this concept to existing production devices. The companies could thus make use of the benefits Industry 4.0 brings without having to hugely invest into new machine equipment,” says Radomír Zbožínek, director of INTEMAC. 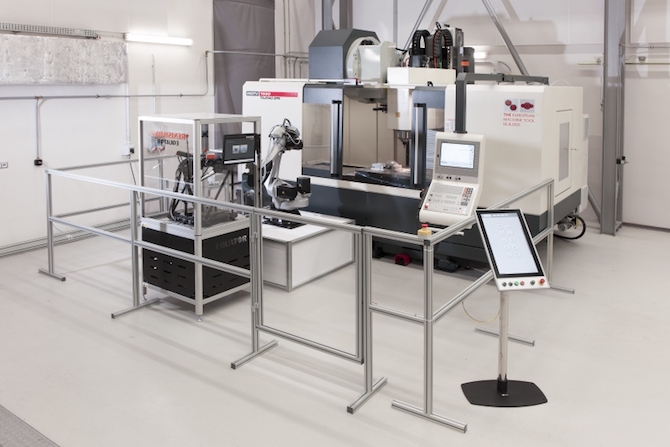 Sir, please take a look at the cloud

The data from the connected devices is stored on a cloud platform, so (for example) the director of the company, who is on a business trip (for example) in Asia, can immediately find out about the energy consumption of its individual parts, temperature of the winding or bearing vibrations. Besides, the data is stored for subsequent analyses that could facilitate the process of production planning in the entire company or enables predictive maintenance of the device.

Extended reality is much more than just fun

With the onset of Industry 4.0, operating various machines gets pretty comfortable. Just bring your tablet and watch the information about the devices display. Take a quick look at your smart device and see their current or next jobs or check whether they have enough material. No need to waste time checking individual components. And that’s what extended reality is about!

Even though it is only a testing and demonstration workplace at the moment, the work on a replica of the Production Cell 4.0 has already started in the production premises of Tajmac which will machine actual products. Just exciting! The future is becoming reality. And the flexibility expected from the transition of production from a single workpiece to another for the price equal to a large-scale production even with piece production will thus be verified in a real environment. 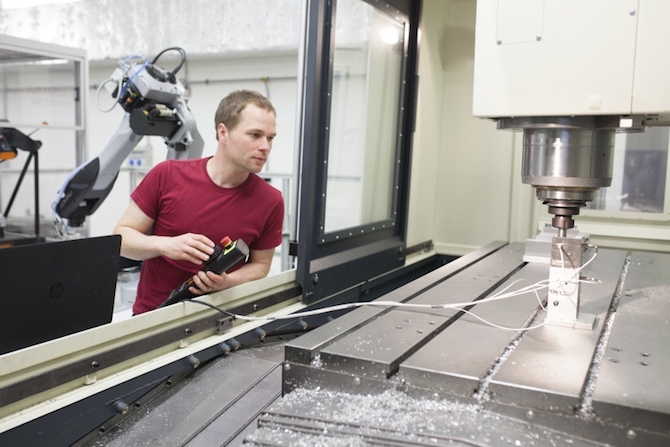 “A number of companies started to think about using some elements of smart production in real life, and some of them even asked us for specific solutions. Apparently, the transition to smart production is something Czech companies are very interested in, which only motivates us to make some more experiments,” says Radomír Zbožínek, director of INTEMAC.