#BRNOREGION
/
News
/
All the best, robot!

All the best, robot!

Live
One hundred years ago, Karel Čapek published his drama, R.U.R. This major work is famous not only for the message imparted in it by the brilliant Čapek, but also because it was the first time the word robot was ever used. The apocalyptic tale of man-made humanoids that exterminate mankind probably resonates more today than it did when it was first published. 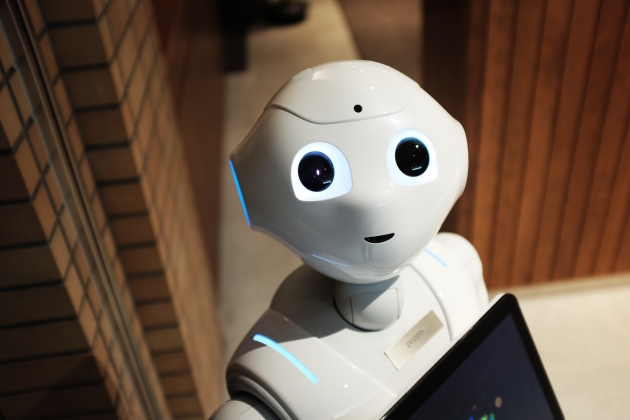 September 2008, Japan, shortly after 8pm. “Who Wants to Be a Millionaire?” is on the Fuji channel and, after many long years, one of the contestants has made it to the very last round. Now, the ten-million-yen question: “From which meaning is the word ‘robot’ derived? Is it work, man, brain, or machine?” The contestant hesitates only for a brief moment; he’s an engineer, a man who works with robots regularly and, as luck would have it, one of his closest colleagues is Czech. Sometimes great wins depend on mere coincidences. A cheerful jingle lights up the studio and the cries of excitement spread across Japan!

Karel Čapek earned global renown almost from the very beginning of his writing career. The confident storyteller possessed a deep understanding of human character and thought of man as a part or a larger unit—a component of society. He cared about the future of the world, especially his beloved Czech nation, and as a journalist he dedicated a major part of his work to these topics. A prose writer, dramatist, journalist and a poet, as proved by his translations, and a very good draftsman as well as photographer. R.U.R. is his most frequently performed play. Right after being published in 1920, it achieved unprecedented success not only in what was then Czechoslovakia, but also abroad.

Call them robots then! 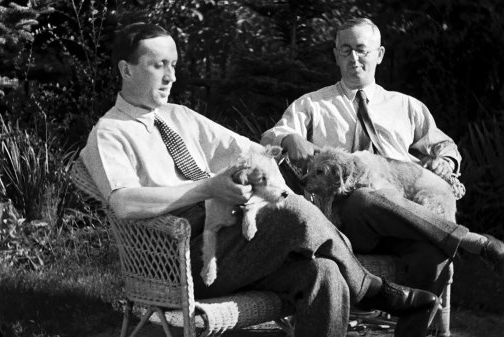 The word “robot” is actually derived from “robota”, meaning hard labour and alluding to the obligatory unpaid hard work commoners provided to aristocrats during feudal times. However, it wasn’t Karel Čapek who came up with this word. In fact, the first several versions of R.U.R. refer to Rossum’s artificial workers as laborers (from Latin word labor meaning work). Čapek wasn’t entirely pleased with that term, though, and when he shared his doubts, his brother Josef told him: “Call them robots then!” And that was it.

The robots from Čapek’s play aren’t the robots we know today. They are chemically created biological creatures, as the author mentions in the play, and are meant to look like people. During the interwar period when industry and technologies began to occupy a more important place in people’s lives, the idea of a robot-machine began to take shape, one made of sheet metal components that corresponded to human anatomy. In 1935, Čapek objected to this image, stating in a newspaper article: “The author didn’t intend to send to the world dummies made of sheet metal, full of cogs, photocells or any other mechanical gadgets. It turned out, however, that today’s world doesn’t care for scientific robots and has replaced them with those of technology: and those are, apparently, children of our age. The world needed mechanical robots, as it believes in machines more than in life itself; it’s much more fascinated by technological wonders than by the miracle of life.”

The word robot became very popular and according to Isaac Asimov holds that it essentially replaced the meaning of automaton/automatization. As a play, R.U.R. premiered in Prague in January 1921, and set out on a victorious tour of the world. Translated into over thirty languages, it was staged in New York, Vienna, Berlin, London, and other global metropolises, and was appreciated also by H. G. Wells, famous author of the War of the Worlds and one of the most influential intellectuals at the time. In 1938, R.U.R. became the very first TV play in the history of science fiction, produced by BBC as one of its first dramatic pieces.

Karel Čapek worked on R.U.R. in a world that was recovering from the shock of World War I and facing the Spanish flu pandemic which claimed millions of lives. At the beginning of this era called “the Machine Age”, all of society, with its cultural and moral values, transformed. This difficult time full of transformations helped make gradual dehumanization, alienation, and the mechanization of man possible.

In his play, Čapek developed an idea first used in his System story, in which factory owner Ripraton eliminates the individual thinking of his workers and reduces them to mere machines. In R.U.R., Čapek pushes this idea further, as the humanoid machines start to think and eliminate our civilization. His dark drama thus shows his worries about ever-accelerating industrialization and asks whether modern technologies aren’t, in fact, becoming greater than people. And, 100 years later, it’s this sentiment that makes his message more relevant than ever.

“They are just Robots. No will, no passions, no history. No soul.”
Karel Čapek. R.U.R.

All the best to the word robot, which celebrates 100 years since spreading throughout the world. And for us? What can our civilization wish for after spending that century bringing amazing yet dangerous technology into the world, at the risk of it going berserk on us like Rossum’s robots did?

Well, read Čapek! He has all the answers.