#brnoregion in love with dogs

Live
Do you have a television/fridge/washing machine and consider it a necessary part of your life? Right. Now, imagine that for us – Czechs – it’s just as natural to keep a dog at home. And when we say “at home”, we don’t mean in a garden that they are automatically expected to guard; we simply mean wherever we people live. Welcome to the Czech Republic, which may well be the most dog-friendly country in the world! And remember that it’s not only our hearts but also our houses, apartments, and even beds that are wide open to our dear dogs.

If you meet someone in the street here, there’s a more than 50% chance that they have some pet at home, and almost a 50% chance it’s a dog. The latest data shows that 64% (or even 71% according to other surveys) of Czechs keep pets, with dog owners being up to 43% of them. Then there are cats, owned by 29% of Czechs, and aquarium fish won the hearts of 13% of the pet enthusiasts.

When it comes down to just dogs and cats, according to a census from 2019 there are 2.2 million dogs here (compare with nearby Germany where there are twice as many dogs but eight times as many people) and over a million cats. Not sure this is a big or small number? Here’s another one: in 2017, generally considered a baby-boom year, there were 1.127 million kids under 10 years old in Czech households. Simply put, there’s just as many cats as young children and twice as many dogs! 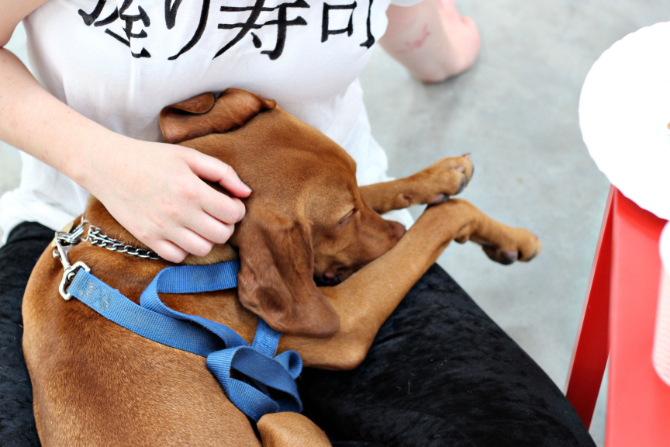 Love in numbers:
Approx. 4,000: number of veterinarians in the Czech Republic (roughly twice as many as paediatricians)
74.8 million euro: yearly expenses on veterinary care in the Czech Republic
448 million euro: yearly costs of keeping pets
600 euro: average yearly household expenses on a pet
7: number of our national breeds; prior to the break-up of Czechoslovakia, we boasted even 10 of them.

Wherever you are / That's where I'll be

Let’s get back to meeting the random passer-by with a 50% chance of having a dog at home. In fact, they’re likely to have the dog by their side, not at home. In addition to keeping one of the biggest numbers of dogs per capita, we Czechs are exceptional in the relationship we have with them as well. For us, dogs are more than just animals; they are our buddies, darlings, and legitimate members of our family whom we like to have with us all the time.  And that’s why dogs are welcome almost everywhere here, and you’ll come across them in places where they’d never be allowed in other countries.
In Brno, dogs are allowed in most cafés and restaurants where they’re automatically served a bowl of water. Also, dogs are pretty common on buses and trams, at the zoo, and even in one of Brno’s cinemas. Lately, dogs have made it into a number of companies as well, so in the offices of companies such as Kentico or Kiwi.com you can hear some barking and see a lot of tail wagging. And why is that? So employees don’t have to leave work throughout the workday to let their dogs out, but also because the animals make the atmosphere in the offices more home-like and pleasant. This, in turn, helps people work harder. 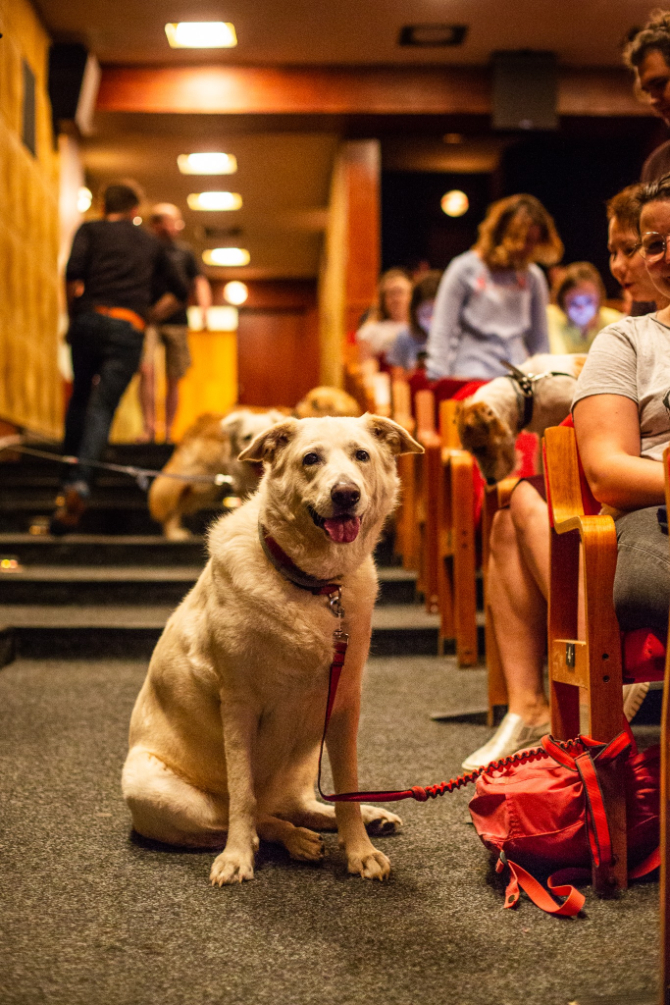 On the other hand, it’s only fair to add that there are some limits dog owners have to observe even if their dogs are allowed. Often, dogs have to be kept on a leash or have a muzzle on, in cafés they aren’t allowed on chairs, and in the Scala cinema they have to make do with watching the films while sitting on the floor. And despite our huge love for them, there are places where these furry four-legged buddies just aren’t allowed. You can find a pictogram with a dog crossed out on the doors to most churches, grocery stores, medical centres, and some others.

Famous Czech writer and dog lover Karel Čapek helped the Czechs fall in love with dogs. In 1933, he wrote a book about the antics of his wire fox terrier, and it immediately became a beloved book for almost the entire nation. Named Dášeňka Or, The Life of a Puppy, it’s now a part of the Czech DNA and Czechs love it as a book, audiobook, or even an animated series.

And we benefit from dogs in yet another way – they make us better people. This fact was noticed mainly by foreigners who can compare us with their not so dog-friendly countries. They say that local people sort of melt and turn into more pleasant and open creatures when dogs are around. And even though Czechs may seem rather reserved (mainly towards foreigners), statistics show there’s the smallest number of lonely people here when compared with other European countries. In a survey, less than 2% of Czechs declared they had nobody to ask for help whereas in Europe the average number was 6%. Why is that? Well, maybe thanks to the large number of dog friends...

And why do the Czechs love dogs this much? Well, if we wanted to find the answer to this fundamental question, our search would likely be in vain. Our history may give us a hint, though; while a rich community life had been booming around a century ago here, the totalitarian regime completely destroyed communities and separated families from each other into units and limited contact to relations with a few friends at most. In these restricted conditions, people filled the void with dogs; nevertheless, this theory doesn’t answer why our furry friends aren’t this popular in other post-Communist countries.

Whatever the reason, the Czech Republic is a dog-loving superpower, as proved by the fact that during the coronavirus crisis in April 2020, one of the first businesses to reopen after the lockdown were dog grooming salons, while regular people had to wait another month for their spring haircut. 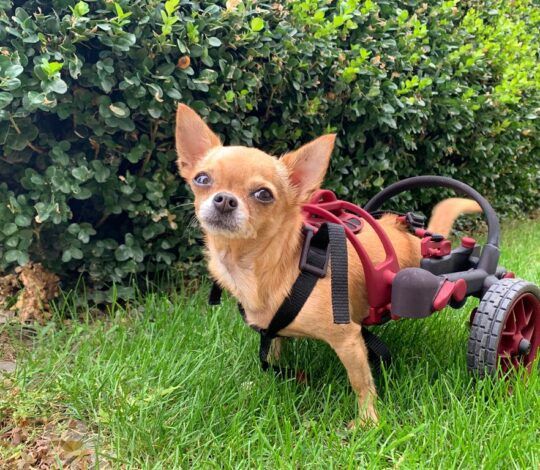 Brno is home to AnyoneGo, a start-up which develops and 3D prints medical aids for disabled dogs, mainly wheelchairs and braces.

There’s another promising start-up built on the love for dogs: Actijoy interconnects a smart dog collar and a smart dog bowl in order to monitor the dog’s physical condition and prolong its life.

And there’s yet another start-up! This one created an app to interconnect dog owners in the Czech Republic, already planning to expand abroad. Originally, the Fiddo app was created to find lost dogs; however, its developers have been adding other features, such as an interactive map to find veterinarians, bags for dog faeces, or dog-friendly restaurants.

How to become a member of the pack

Let’s get back to our random passer-by one last time – no matter whether they have a dog by their side or not. If you want to become a member of the Czech pack, dogs can help a lot. Learn to small talk about them, tell your colleague their dog is the cutest, ask about your neighbours’ puppy’s health and see just about every door in #brnoregion open up to you.

And if you already have a dog, remember that Brno and the South Moravian Region are the right places for you. Why? Because your dog will just love it here!