Do business
This leading Czech specialist in Intelligent Transportation Systems (ITS) and industry applications has been developing unique solutions for 26 years. CAMEA was established by a group of researchers from Brno University of Technology driven to do something unique. And that’s exactly what they did. 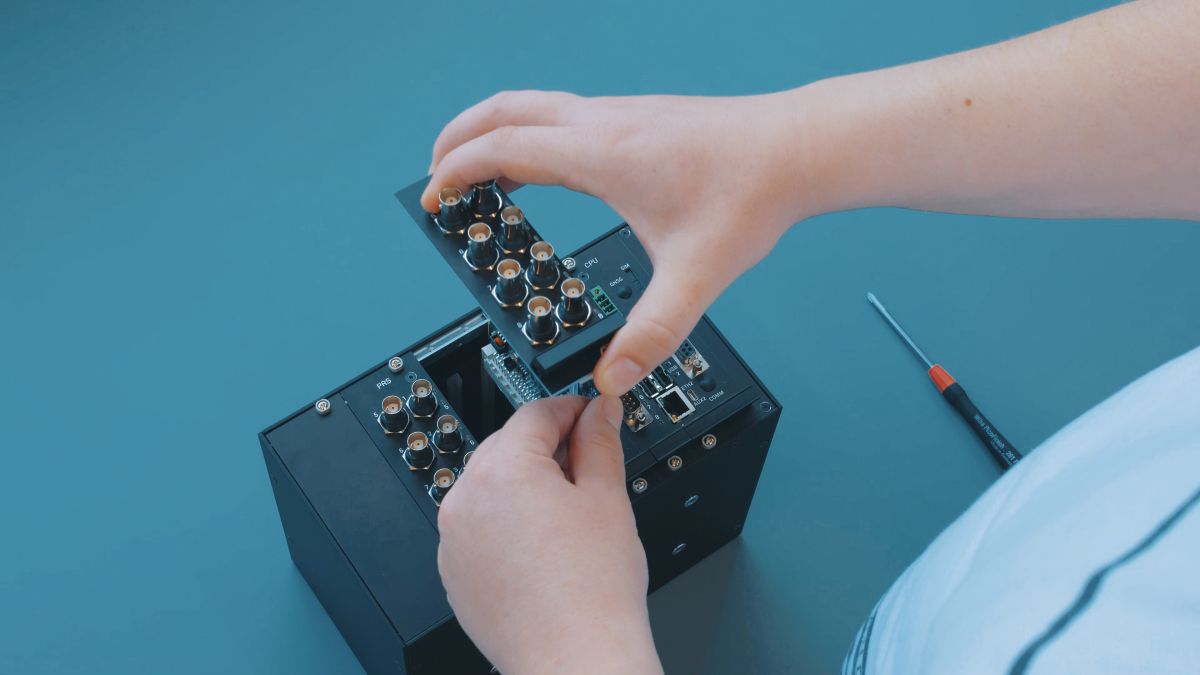 “We were among the pioneers in our field 26 years ago and, in many ways, we still are,” says Petr Honec, son of one of the founders of CAMEA and its current CEO.

The company was established in 1995 by Jozef Honec, Otto Fučík, Pavel Zemčík, Pavel Valenta, and Miloš Richter – a group of researchers from BUT. Almost all of them are still active in the company and at the university.

The company’s first jobs were in transportation. “Before the company was founded, my Dad’s team at the university was asked to develop a digital camera for traffic radars, i.e. to replace a rollfilm camera. The research team started to work on it, but at the time there was no economic support for university spin-offs, so they decided to found their own company,” remembers Petr Honec.

They did it mainly because of a new project for the city of Prague to detect cars that run red lights. A consortium of CAMEA and Brno-based UNIS won the tender and came up with an innovative solution. “We established the company because of this specific project, and it paid off,” adds Honec. 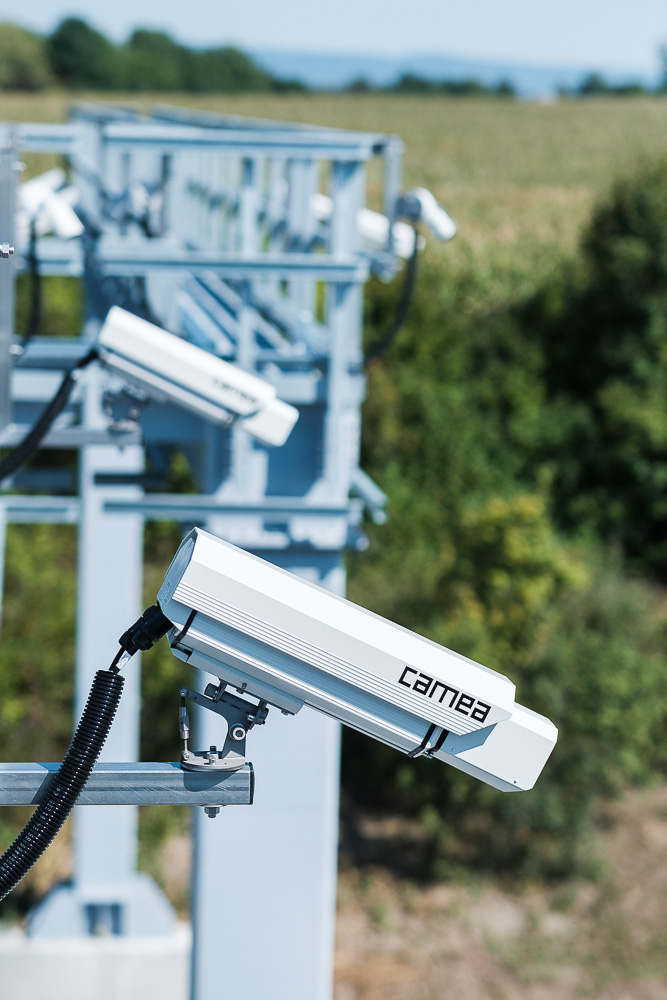 “At various industrial premises, our camera systems take care of output quality control for products, among other things. This way, companies no longer need a lot of operators to check the quality of products, and they can offer their people more enjoyable work than just staring at a production line or checking quality,” explains Honec, adding that some products simply cannot be checked by the naked eye. “Imagine a machine producing a roll of paper or non-woven textiles 3–4 metres wide at the speed of, let’s say, 800 meters per minute. At that speed, quality control can no longer be done by people, as they would fail to notice a 20-centimetre hole, let alone a one-millimetre-long fly pressed into it.” Another example is a camera system checking washed beer bottles at a speed of 40,000 bottles per hour. A system like this is now used in around 50 breweries all over Europe. CAMEA systems are also used in sheet metal rolling mills, the production of plastic or non-woven textile, paper mills and quality checks for electronic components.

Over one half of our products go abroad

The high-speed Weigh-in-Motion solution in particular was the one that CAMEA was the first in the world to certify in 2011. “We got a late start in this area, as other well-established companies had already been dealing in it for years. Yet we managed to overtake them all and were the very first to get our measuring device approved.” This enabled CAMEA to start exporting traffic systems, and today this high-speed Weigh-in-Motion solution is its most significant exported product.
“It’s not as easy to break through abroad as it is here in the Czech Republic; nevertheless, we’ve been successful and exports have been increasing every year for the last five years. In 2020, over a half of our products went abroad,” specified Honec. And you can come across CAMEA’s traffic systems in Austria, Ukraine, Russia, Poland, Brazil, and even Kenya. 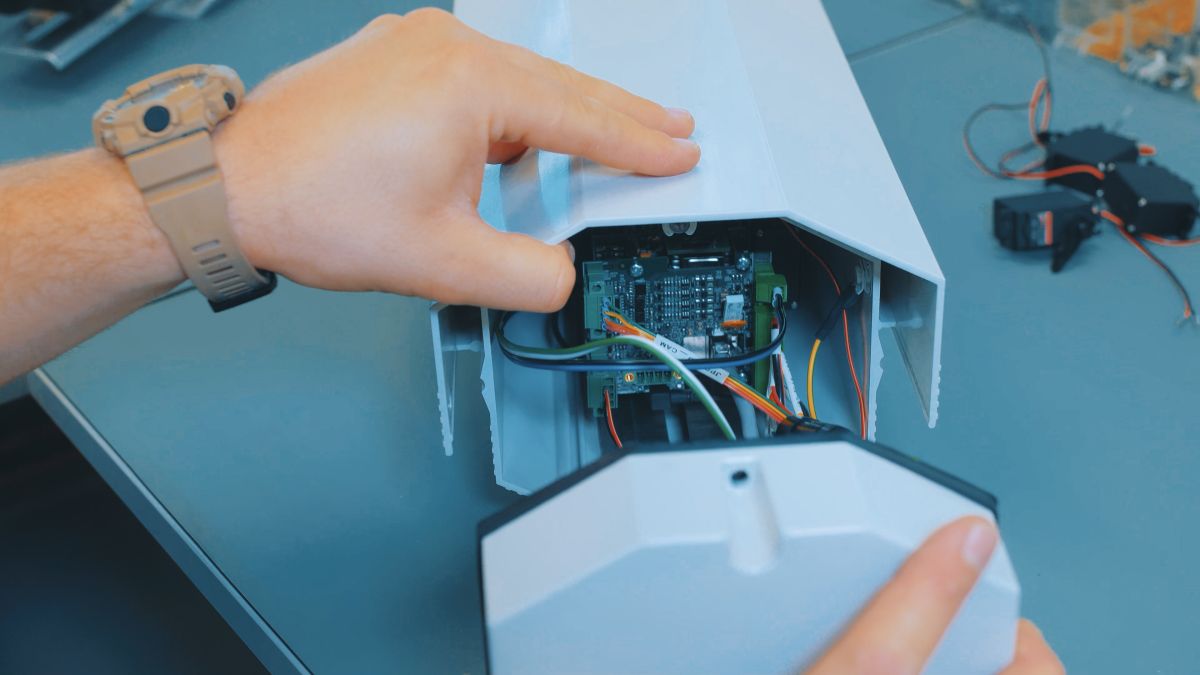 It’s a bit tricky to export industry solutions, as they often require quite a bit of customization. Yet CAMEA systems are used in various European countries or even in South Africa, El Salvador, and China. “Unlike with traffic, finalized solutions are harder to offer in industry. We mostly like to create systems that are either universal and virtually identical across various production processes or systems that are potentially highly repeatable,” adds Honec.

The high-speed weighing system isn’t CAMEA’s only major achievement. Back in 2004, it succeeded in certifying the very first system for Section Speed Enforcement. It measures average speed over a stretch of road and can be used to directly penalize drivers who are speeding.

It wasn’t a simple task, either, as development was demanding and laws needed some adjustment, as well. “Until then, only the spot speed of vehicles had been measured, for example using a radar speed gun. However, we came up with an idea to measure average speed by measuring the time it takes for a vehicle to get from point A to point B. Once you know the distance between these two points, the rest is just elementary-school math. Quite a simple idea, yet mutually synchronized cameras and, mainly, some support in the legislature and metrology were needed, as the current list of approved measuring devices didn’t include a system like this,” explains Honec. This wasn’t the only setback, though. “We also had to pass a test, i.e. to measure thousands of vehicles passing through and verify whether the results fit in the tolerated range. At the time, there was no benchmark, so we had to come up with one in cooperation with the Czech Metrology Institute.”

The birth of a mid-sized company

The company’s transformation from a small to a mid-sized business after around ten years was one of its most important moments. Now, CAMEA employs about a hundred people, with almost half of them working in R&D. “After the company grew, I would sometimes meet an unfamiliar person in a corridor and ask them where they were going, and they would tell me they’d already been working here for a month,” says Honec with a smile and adds that he still tries to keep a family-like environment in the company. “Most of us know each other, but I no longer keep track of each and every screw or line of code. Still, most of our employees are truly essential.” To that end, CAMEA doesn’t plan on growing rapidly. “The company has been growing in a natural way, and each department can get extended whenever necessary.” 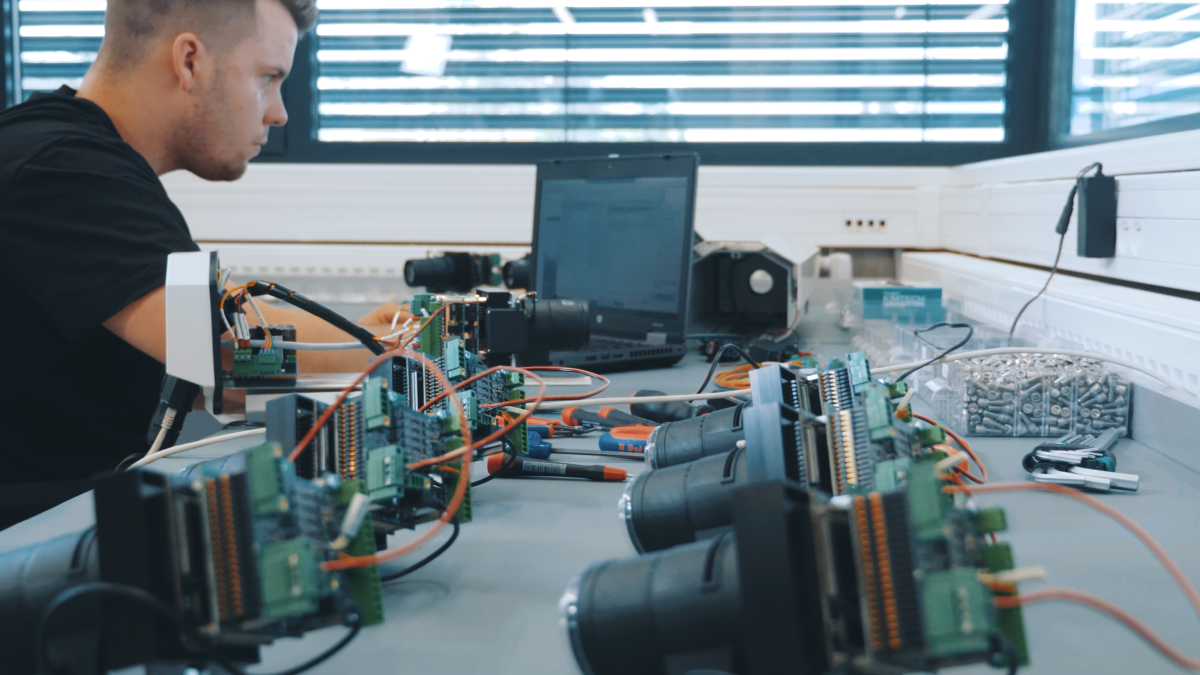 In 2017, several companies came together to give birth to the CAMEA group. The latest one is COGNITECHNA, a company established by CAMEA together with experts from BUT which focuses on the development and application of AI technologies. And CAMEA continues to benefit from its close relationship with the university. “We share lots of grants and research projects, and our personal links are mutually beneficial; we bring real-life challenges and our common application projects to BUT while staying close to both experts and students,” explains Honec.

“I’m a big Brno patriot. True, I was born in Slovakia, but I’ve been living in Brno since I was two-weeks old and I can’t imagine living or working anywhere else. I think Brno has huge potential and is becoming a centre of R&D organizations,” says Petr Honec, CEO at CAMEA.

“We are planning beautiful, fascinating things for transportation as well as industry,” says Petr Honec.

In the future, CAMEA would like to continue offering top and unique technology. It recently prepared a traffic camera with a built-in computing unit. The unit makes it possible for all the algorithms, such as highly reliable recognition of registration plates or type of the car, to take place right in the camera with the help of neural networks with deep learning.

The company has been innovating the production of wheels for trains as well. “Train wheels get worn just like car tires, so they need to be produced in large numbers and extremely precisely. At the beginning of 2021, we submitted another stage of our two-year project – a camera system using stereophotogrammetry, which consists of nine cameras and a set of lasers to measure critical dimensions of the produced wheels precisely to hundredths of a millimetre,” explains Honec.

“On the one hand, being first helped us clearly see which way to go; at the same time, however, we made it easier for other companies, as they drew inspiration from our products. In 2000, we were well ahead of our competitors in terms of technologies, but it’s no longer like that due to globalization and growing competition. Our main goal is to keep innovating and provide some extra value over other established systems,” says Petr Honec, CEO at CAMEA.