#BRNOREGION
/
News
/
Enantis: Out of University Lab and right into Business

Enantis: Out of University Lab and right into Business

Do business
Interesting conclusions of university research do not necessarily end up in academic files. They often become the driving force in business. One of the ways to introduce the scientific research in commerce is a spin-off company. A great example from #brnoregion is Enantis.

Enantis is one of the first university spin-off companies in #brnoregion and all the Czech Republic, and of course, it is not the only one. Universities more and more frequently use this principle to commercialize products of their research. In 2016 there were 13 active spin-off companies at Masaryk University. 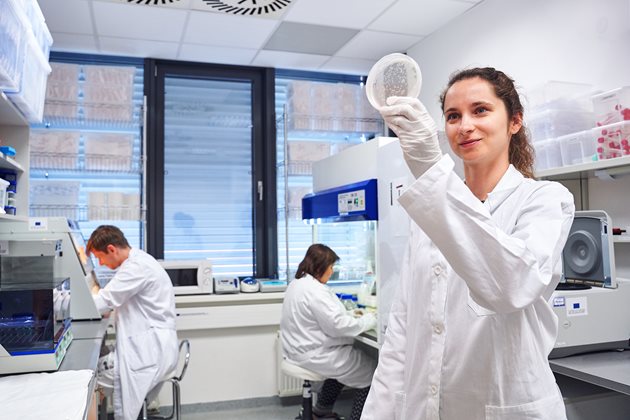 Enantis was founded by Zbyněk Prokop and Jiří Damborský (awarded for developments of research tools in protein engineering).
The company which nowadays specializes in protein engineering started with research and patent of an enzyme decomposing yperit. The research team then patented their conclusions and their product was to be introduced on the market in 2006 by a newly established biotechnological spin-off company Enantis.

A few years later they developed a biosensor EnviroPen to detect halogen derivates, halogenated pollutants very difficult to break down through natural processes. 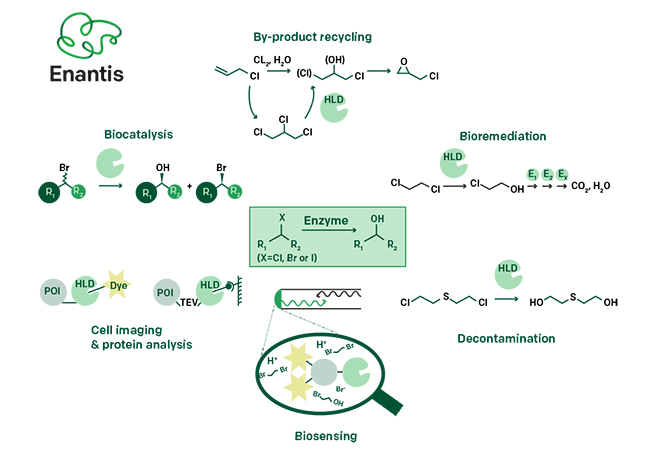 Experts from the Department of Biology at Faculty of Medicine at Masaryk University were the first to draw attention to the prospective usage of the protein. They supposed that stabilized FGF2 might make cultivation of stem cells easier. Its actual usage is limited in standard conditions because FGF2 is not stable enough, at 37°C it decomposes in hours. Experts from Enantis and Faculty of Science at Masaryk University joined in the research to stabilize FGF2 and make it work at temperatures at about 37°C not by adding an auxiliary substance but by changing the structure of the protein itself.

“A protein string is like a string of beads. Computers help us select which of the 150 beads need rearrangement to make the protein string sequence more stable. The protein then remains active in temperature of 37°C for two weeks,” Jiří Damborský (Faculty of Science at Masaryk University) explains the procedure.

In 2014 Enantis took over the research and identified another opportunity to use the protein which is the cure of serious wounds such as burns and chronic wounds. They started developing the stabilized protein so that it might be applied as a cream or wound cover and/or bandage.

In the breakthrough year 2015 Enantis met criteria of the prestigious European grant SME Instrument and researchers got the finance to perform the feasibility study and business analysis. The study concludes that the most prospective field to aim the FGF development at is regenerative medicine. 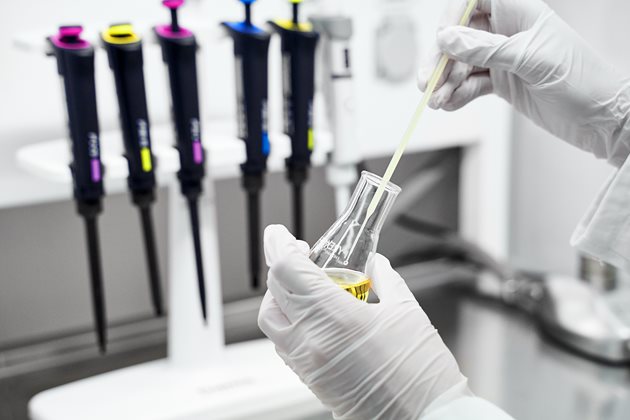 Based on the study, Enantis was granted part II of SME Instrument Project and the 30 million grant is invested in further research and testing of stabilised protein.

“We must develop a carrier to work with the fibroblast growth factor. The project includes preclinical testing to document safety and efficiency of the product,” concludes Veronika Štěpánková, Enantis Chief Executive Officer

Enantis is thus the only Czech company founded at university that twice won a prestigious European grant assigned to only four percent of applicants.