Do business
„What was originally an academic spin-off has become a successful global company, helping protect computer networks against cybernetic threats and DDoS attacks in over 35 countries all over the world.“ Jiří Tobola | CEO Flowmon Networks

“At the beginning, there was a group of three people, sitting together in an overheated room, who wanted to compete with Cisco. An ambitious, yet not exactly the best of ideas,” describes Jiří Tobola, one of its founders, the beginnings of today’s 200-million company. “We had to start again and find our own way.” 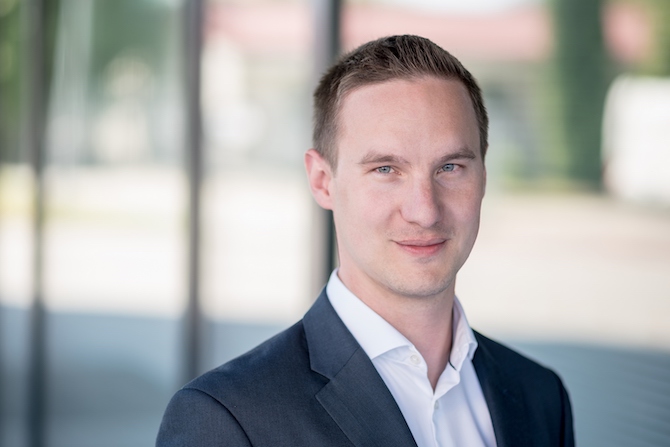 And their way wasn’t an easy one. As early as in 2001, a group of scientists from CESNET (Czech Education and Scientific NETwork) came to a conclusion that the solution by Cisco was very expensive and that they could supply the product a lot cheaper. That’s why they created a programmable router based on the FPGA technology which actually competed with Cisco. However, the Czech scientists couldn’t keep up with this global leader, so they focused on monitoring and security of computer networks instead. And even the European Commission was so excited about their unique prototypes that it suggested that they release them on the market.

At the time, Czech universities had almost no previous experience with commercial activities, so we had to convince them it made sense to establish a university spin-off,” says Jiří Tobola. “Also, the transfer of the technology from CESNET was far from simple, but we all persevered so the key contract was concluded upon establishing the new company,” adds Rostislav Vocilka, CEO, whose task was to establish the company and interconnect the commercial and academic domains.

From the university ground to the world of business

The scientists, used to their stable university environment, suddenly found themselves in the dynamic world of business while having only a vague idea of how it actually worked. “There were three of us at the beginning: technical director, programmer, and CEO with some previous experience from a Czech distribution business. A few months later, though, we realized that we needed somebody to actually sell the product. We academic guys learned everything about business as we went along,” remembers Jiří Tobola, technical director at the time.

“At the beginning, every single thing seemed absolutely crucial to us. With the benefit of hindsight, however, we clearly see some moments that were absolutely decisive for the direction our company took,” adds Rostislav Vocilka.

“We were lucky to both choose the right technology at the right time and have some really good people around. Last but not least, though, our cooperation with JIC, the best Czech incubator for academic startups in the Czech Republic, showed us the right way to go,” describes Rostislav Vocilka. 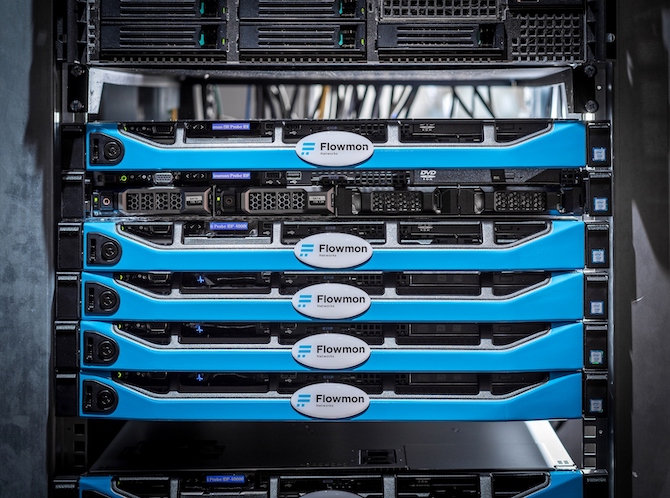 Passing on knowledge within an ecosystem is crucial

And it was the JIC premises where the company opened its first offices and found a lot of inspiration. “I think the most important thing was the ecosystem in which the people from the world of business were passing their knowledge on to their younger colleagues. Lots of startups find it incredibly hard to move on from having an idea to actually putting it into practice and they don’t know how to begin.”

It didn’t take long for the first customers to arrive and so the original team of three members slowly grew. “Three, five, then twelve members, and now there are 120 people in our team,” describes Jiří Tobola how the company developed. In 2012, Flowmon had partners and customers based on five continents, and one year later it for the first time emerged in Deloitte Technology Fast 50 of the fastest-growing technology companies. 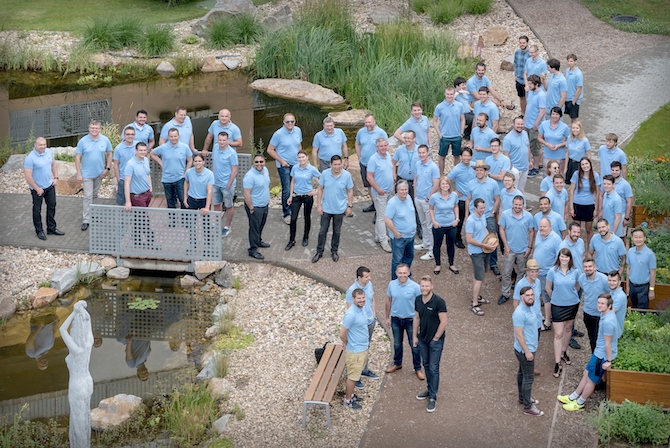 “When I look at Flowmon today, the change I see is simply incredible,” reviews Jiří Tobola the period of over ten years since founding the company.

“Flowmon is now a well-established brand on the market, we are partners of biggest IT companies in the world, and we provide a compact portfolio of products.” Rostislav Vocilka adds that the company is far from being in a calm period. “We have long-term, satisfied customers, but more and more new customers arrive which not only increases our sales but also brings new challenges. We’re not stagnating, though. We want to continue growing,” describes this former director.

At the beginning of 2018, Jiří Tobola took over the director’s office after Rostislav Vocilka. 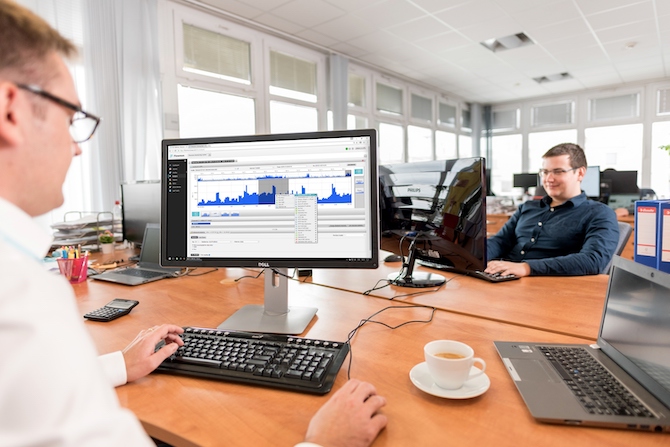 Under the new management, the company is planning to expand all over the world. In following three years, it would like to enter the American market, expand from strong Japan to other countries in Asia and Pacific region as well as strengthen its position in Europe. “By 2020, we plan to double our sales as well as the number of employees in order to be able to continuously serve our customers all over the world,” outlines the future direction of the Flowmon 2.0 strategy Jiří Tobola, the new director.
“It is our long-term vision to build up a global technology company which offers attractive jobs for over 800 people and becomes a global leader. The fact that we already are a leader in Europe clearly shows that the direction we took was the right one.”