Work
Have you ever asked yourself – like a small child – how come plants grow leaves upwards and roots downwards? Plant biologist Jiří Friml once did and has been searching hard (and very successfully!) for answers to questions like that for many years now. Come get to know this world-renowned scientist who started his dazzling scientific path in #brnoregion.

These may seem like trivial phenomena, as plants always grow upwards, stretching towards the sun. When we cut off one of their parts (even when meaning well), they grow another one. And since they can’t run away or put on more clothes, they adapt to the environment they take root in. Interestingly, identical plants look different when growing high in the mountains or in a warm valley. How is that possible? Honestly, Jiří Friml hasn’t found the answer to this question yet, but he’s been uncovering pieces of the answer that will one day (hopefully soon) make cultivating plants more efficient or may even help in treating tumours.

A follower of Charles Darwin

Professor Jiří Friml has a lot of university degrees and, despite his relatively short scientific career (in comparison with his colleagues who have the same number of degrees in front and behind their names), he’s won several prestigious awards. One of them is the Czech Neuron Prize for his lifelong research, which he received at only 46 years old, which says a lot about his success. To be clear, the award wasn’t a message from the committee that he should retire – and that’s a good thing, since he has no plans of doing so.

The Neuron Award was given to Friml for his lifelong research of the auxin plant hormone which enables plants to survive and become more resilient than people. Mind-blowing, right? In a way, Friml is continuing the work of his famous colleague Charles Darwin, who predicted the existence of a substance like this way back in the second half of the 19th century. Around half a century later, another of his colleagues, Frits Went, from the Netherlands proved the existence of this substance which was given the name auxin. In the years that followed, it turned out that this hormone affects all developmental processes in plants, from embryo formation to pollination of the ovule cell, construction of root systems as well as restoration of damaged tissues.

Thale cress is a tiny plant from the Brassicaceae family which is used as a model organism in the molecular genetics of plants. It was chosen for it absolutely ordinary character – it has everything plants usually have (leaves, blooms, roots, branches, lots of resilient seeds), it doesn’t need bees for pollination (no need for scientist to do any beekeeping), it’s easy to grow, doesn’t take up much space, and has only a small genome. Some might say that it’s basically a type of weed, but don’t be mistaken! Thale cress is actually a superstar among plants, taken care of by researchers and flourishing under spotlights in labs for over 30 years.

How do Friml’s plants do it anyway?

“Polarity” is a key term in this story, referring to the orientation of plants, their parts, and individual cells. While people (like to) change their position from vertical to horizontal and back during the day, plants aren’t able to. And it’s the vertical polarity that’s absolutely essential for them (more precisely, proper vertical polarity, as hardly any plants want to grow downwards). Also, their individual cells are polarized as well. For example, pollen tubes, if needed, can increase their length up tenfold in order to increase their chances of being pollinated.

OK, we have a correctly polarized plant consisting of polarized cells. So where does auxin come in? Ideally all over the place! The plant continuously pumps it to individual cells throughout its entire body, usually downwards. And this is when another seemingly trivial question should be asked: how does a plant know up from down? 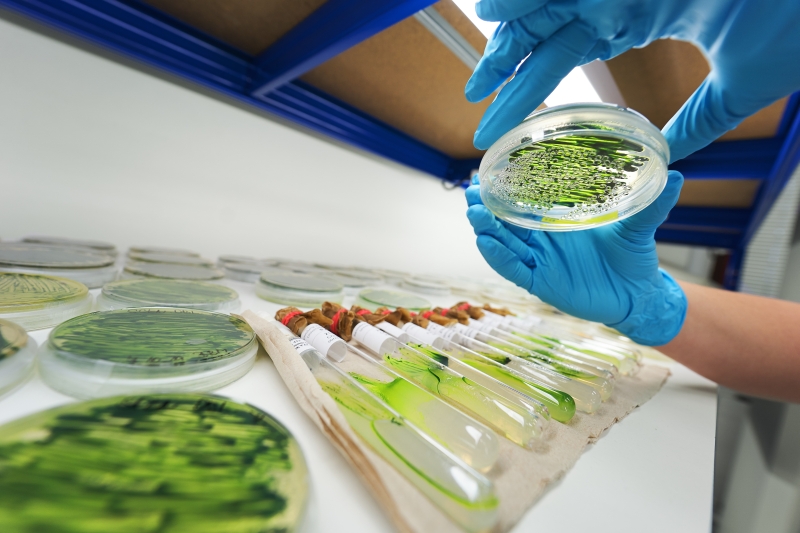 This “white cane” for the blind plants is provided by special PIN proteins that perceive light (even its various shades) as well as gravity. Plant cells contain small, heavy grains that fall to the bottom and walls of the cell, thus creating a sort of arrow pictogram for auxin to see which direction to continue growing. Since the auxin flows downward, not much of it reaches the roots, restricting their growth and freeing up more resources to grow the body of the plant.

Friml’s team is also trying to find out whether whether the chicken or the egg came first in botany, i.e. whether the polarity is inherent in the first cell of a new organism (zygote) and auxin only preserves it or the polarity of the zygote is predetermined by auxin. Friml feels that the first possibility is more likely, i.e. polarity is inherent, but it may change during the plant’s life, for example if the side roots whimsically decide to change their polarity and start growing perpendicularly to the main axis. 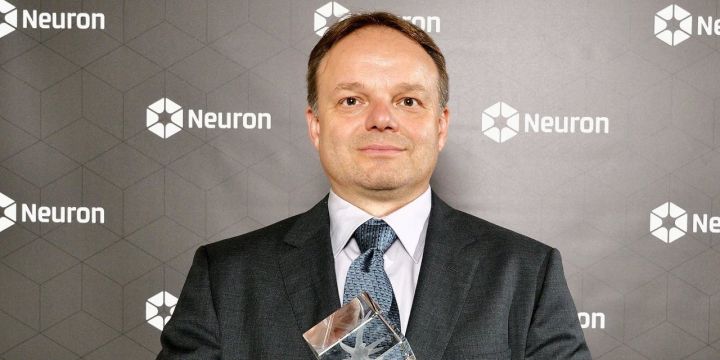 Professor Jiří Friml was born in 1973. He studied physical chemistry and biochemistry at Masaryk University in Brno. He got his Ph.D. in Cologne and another at his alma mater. He deals in research of auxin, a plant hormone which makes plants more resilient than people. Holder of two prestigious ERC grants, he now works at the Institute of Science and Technology Austria and is one of the most frequently cited Czech scientists.

Poison as a path to the dream job

Let’s make one thing clear now: we absolutely don’t poison scientists in #brnoregion. If you ask Jiří Friml how he got to where he is now, however, he’ll tell you that it all started a mild case of mercury poisoning while working on his diploma thesis after spending days and nights in the lab. The poisoning forced him to abandon his plans to go for a doctorate internship to Brazil where he was supposed to work with oranges. Once recovered, he went to work in a plant laboratory in Cologne instead, where he finished his doctorate studies. He tells everyone that that was the right place at the right time for him – the German lab was not only where he found his lifelong passion – the auxin hormone – but also the love hormone oxytocin, as that’s where he met his future wife, Eva, another elite scientist dealing in the same field.

“That’s just the way it is” is not enough!

The remaining question, though, is simple: Why should we care why plants grow the way they do? Surprisingly enough, there are lots of reasons! Typically, scientists much more often deal with things like biomedical research than with plants, as people suffer from diseases more than from hunger. Yet the principle of how auxin regulates cell division could eventually be used to understand how tumours develop in people’s bodies and be applied to new therapies. This research could also play a role in the future of agriculture, as well. How?

While the plants we cultivate (such as individual plants of wheat) currently fight each other to get as much light as possible, we want to see all of them succeed, which makes this struggle an undesirable one. After all, the energy the plants invest into it could be used to improve the quality of their grain. Theoretically, it would be enough to simply switch off the mechanism that triggers this ambition to compete. This brings us to the genetic modifications that are getting so much bad press these days, explains Friml. Alterations like these would allow for less fertilizing or fewer environment-harming practices. He is confident that he is doing something good for mankind, and says it’s hard to understand why people hesitate to explore at least the basic principles at work here. “Without efforts like these, electricity, radio waves, lasers, and numerous other things would never have been discovered or invented. Once we understand things correctly, then they automatically become useful for us,” he adds.