#BRNOREGION
/
News
/
Journeys to the Beginning of Time

Journeys to the Beginning of Time

Live
#brnoregion – not only hot now for its spirit of science and research, knowledge economy and universities, but equally interesting in the very distant past. If you’re a fan of prehistoric mammoth hunting adventures, then #brnoregion is the right place for you.

The era of mammoth hunters, as it’s called in Czech popular literature, in fact refers to the Paleolithic culture of Gravettian, which began over 30 thousand years ago. And it was in this era – the Paleolithic – when Moravia became a true centre of civilization and culture of the world for several millennia. This region’s strategic location connected the East and the West of the continent, was the first place to use a number of technologies, such as ceramics, fabric weaving and stone grinding. On top of that, excavation sites from the Gravettian still provide the largest and probably most ancient set of skeletal remains of the modern man that the world anthropology can work with. And they are here for regular people to enjoy as well! Come visit lots of museums and exhibitions scattered literally all over #brnoregion. Which path will you take to get to prehistoric times here?

Let’s get up and go down!

A world-renowned network of settlements of mammoth hunters on the north-western hillside of the Pavlov Hills was discovered in the second half of the 20th century, and an archaeology museum was built there in 2016. Archeopark Pavlov is a unique construction, almost entirely sunken four metres into the ground that enables you to see the settlement as if the mammoth hunters left just a while ago. The exhibition presents the most important of what scientific research of this location has shown, and it even offers a “garbage heap” of mammoth bones over 30 thousand years old. Here you’ll have an opportunity to watch archaeologists at work and even discover more treasures with them. Among the ones already discovered and exhibited are authentic stone tools, bone objects that served ancient everyday needs, artefacts, and perhaps the most precious findings – skeletons of humans and proof of new technologies. 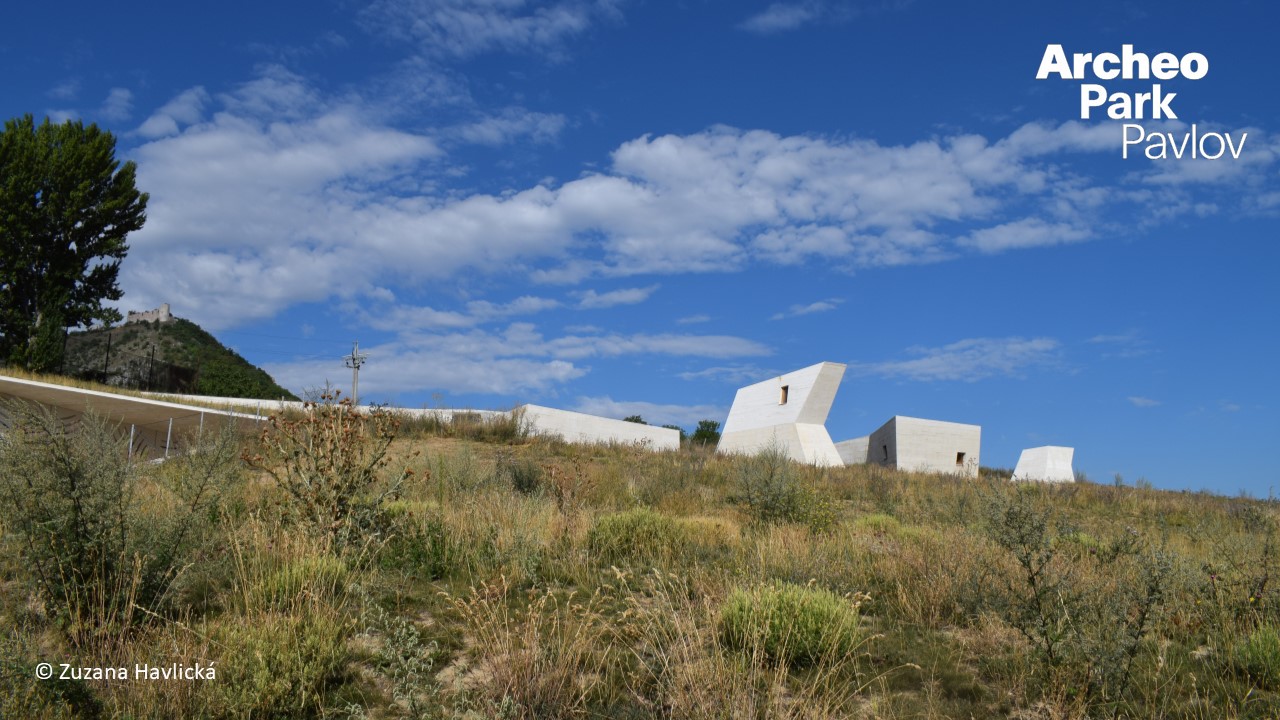 “Archaeology has been changing; unlike a hundred years ago, archaeologists no longer care so much about unique artefacts such as the Venus of Dolní Věstonice. Today, it’s about understanding a culture and civilization as a whole. The sources of information have been changing and the work in the lab and deciphering DNA sequences are now important. These discoveries have a major impact, no matter that the archaeologists didn’t even start digging.”
Petr Kubín, head of the Regional Museum in Mikulov

Hiking to see the Venus

From Pavlov you can take a four-kilometre nature trail with eight stops that show the very places where the Venus and the lesser-known, but very mysterious triple burial site were found. The trail leads to Dolní Věstonice where you can enjoy another large dose of prehistoric times in the local museum. And if you want to look the Venus of Dolní Věstonice directly in the eyes, come to see an exhibition of the Moravian museum in Anthropos Pavilion in Brno where this prehistoric celebrity is waiting for you! Let’s be honest here, though; given its price, it’s just a copy, as the authentic Venus is on display only rarely.

The Venus of Dolní Věstonice, a statuette made of burnt clay from the Palaeolithic, was discovered

not far from Pavlov. This figurine (together with several others from adjacent locations) is the oldest ceramic statuette in the world and its discovery disproved the hypothesis that ceramics was still unknown in the Palaeolithic. It was discovered on July 13, 1925, in the remnants of a fire ring of mammoth hunters between Dolní Věstonice and Pavlov. Every single part of its 11-centimetre body is worth a fortune. Literally. In 2004, American experts estimated its price to be 40 million dollars, but the true value is incalculable. While showing that 25 thousand years ago the ideal woman looked very different to what we consider ideal today, our Venus clearly shows that people living in Moravia were skilful and talented from time immemorial.

Even further and deeper

If you want to go back in time even further and discover history even older than that of the mammoth hunters, take a trip to the Moravian Karst. In its four caves you’ll find unique dripstone domes as well as exhibitions showing how the Neanderthals, our ancient ancestors, lived before they were able to build their own houses. 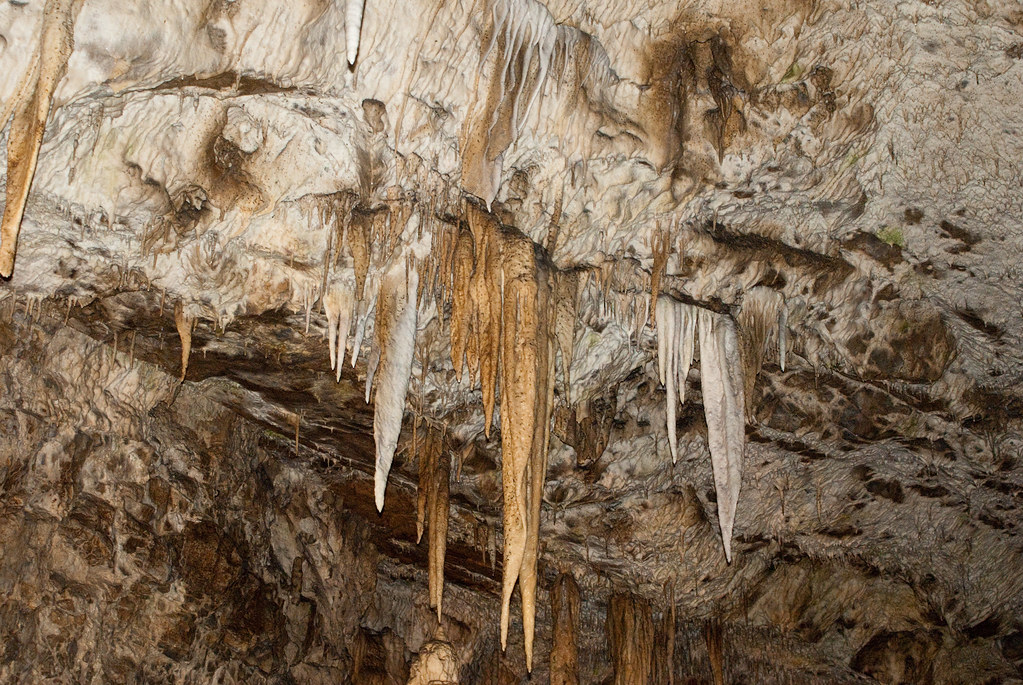 And the wall located on the eastern edge of Dolní Věstonice, nicknamed the Calendar of Ages, is an absolutely outstanding place as well. On the wall, you can clearly see individual layers of soil that were depositing there since prehistoric times. At the end of the 1950s, archaeologists made a notch in this 20-metre wall and cleaned it to make the layers even more visible. The Calendar of Ages is a national nature monument and shows even the last era of the Ice Age which took place 2.5 million years ago.

#brnoregion boasts to be the birthplace of Karel Absolon, one of the most significant European archaeologists. It was his team who discovered the Venus of Dolní Věstonice, which made him famous, but his achievements in archaeology, geography, palaeontology, and speleology are much greater than that. He explored dozens of previously inaccessible or unknown places (such as the Macocha Gorge), discovered the Punkva and Kateřinská Caves, explored world-renown Quaternary locations of prehistoric man in Moravia as well as karst territories in France, England and – mainly – in the Balkan Peninsula. In addition, he was an excellent teacher, lecturer, and science populariser. And it’s him and his team whom we should thank when admiring a lot of prehistoric findings in museums today. 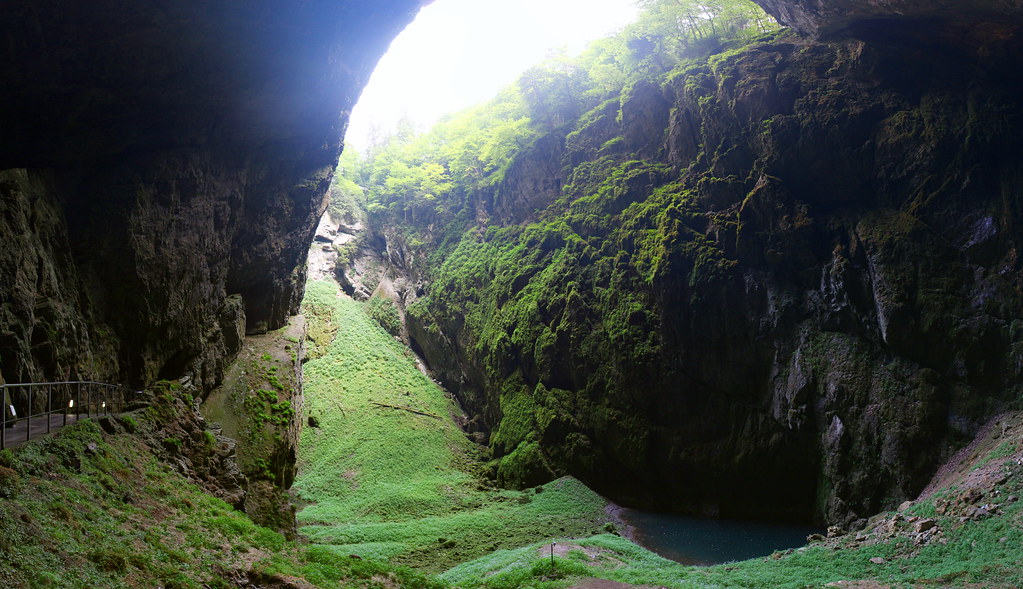 Why are the Czechs so much fascinated by prehistoric times? Quite likely because during Communist times our modern history was a sensitive topic, so the teachers did their best to avoid lessons on our history after WW2 and for a greater part of the academic year focused on “safe” prehistoric times instead. All the Husák Children then adored the prehistoric stories from the books by Eduard Štorch, were extremely fond of the illustrations by Zdeněk Burian, and absolutely loved the film Journey to the Beginning of Time by renowned director Karel Zeman. Get fascinated by these pieces of art or real places where Prehistory actually unfolded; in #brnoregion, there are so many of them! 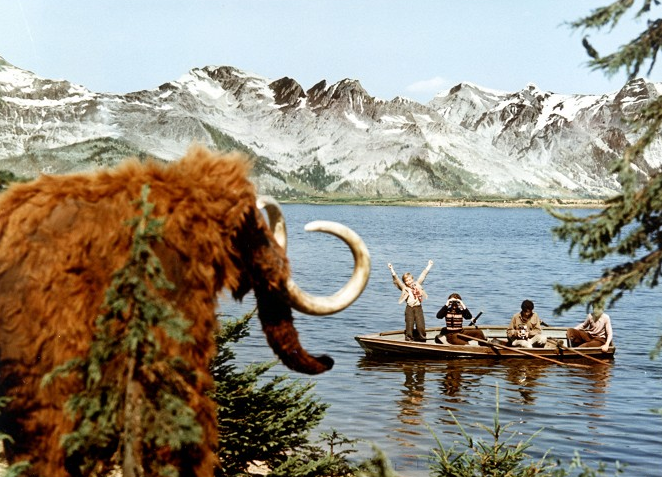