#BRNOREGION
/
News
/
Once there was a Moravian Manchester

Once there was a Moravian Manchester

Live
Once upon a time, north of Vienna, there was a city called Brno. With its face smeared with ashes, it was always looking up to the older, more successful metropolis in the South. Toward the end of the 18th century, however, this Cinderella’s lucky stars began to shine. No, there was no fairy with a magic wand, turning pumpkins into carriages and mice into horses – all it took was an entrepreneur doing business in the textile industry. Disappointed? Don’t be! There’ll be the dress, and even several of them! And they lived happily ever after? Well, this fairy tale is only beginning! 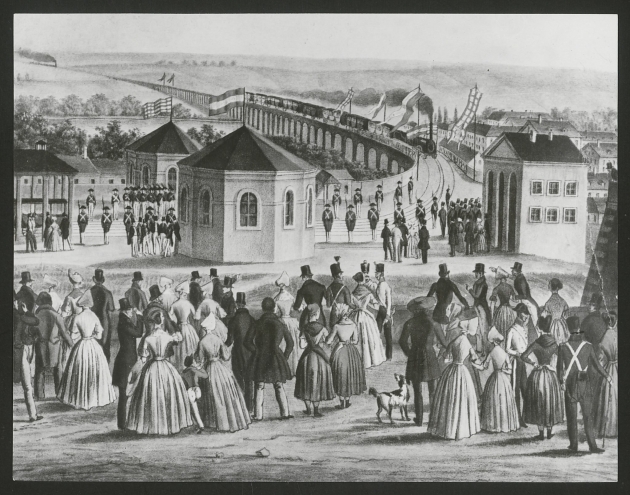 This entrepreneur was Johann Leopold Köffiler who became the forefather of the textile industry in Brno in 1767. He opened his first textile factory and invited true masters from the industry over to Brno. Later on, as they gathered the necessary experience, these masters went off on their own and established their own businesses. In 1780, there were as many as 26 textile manufacturers in Brno!

Brno flourished and expanded, and even the evil magician Napoleon helped by imposing a blockade on Great Britain in 1806. Unknowingly, he thus opened new options for the producers from Brno who were more than willing to quench the thirst of continental Europe for textile.

The city was growing just like the number of people coming in search of the American Brno dream. During the 19th century, tens of thousands of people arrived, and by the end of 1900, there were over 100 thousand of them. This is how the little scared girl began growing into a self-confident and beautiful woman. A true princess!

Why was Brno the one to be privileged to change its future and not remain a small, provincial town? Mainly because the textile industry had no tradition here. Sounds strange, right? In fact, there was no strong competition by any weavers’ guild, and there were enough streams here to power textile factories. Also, Brno was located just a stone’s (or rather wool’s) throw from suppliers of the materials (wool processors from Moravia and Hungary). And, mainly, Brno’s close dependence on its mother, Vienna, and her market was the stone paving the way to its success.

Let’s move to the next chapter, though. The princess and one half of the kingdom are usually won by hard-working and fair-playing heroes, but from time to time even a prince with a stain or two on his reputation gets lucky. And that was the case of courageous Brno nobleman Hugo František Salm-Reifferscheidt. In 1801, he set out to England, the birthplace of the textile industry, and became employed as a regular worker, taking a tour of various factories with a clear goal to gain the design plans for all the existing types of spinning machinery. In order to avoid any suspicion, he refrained from quoting Shakespeare when around his bosses and, instead, learned quite a few rude expressions used by regular workers. At the time, this act was incredibly risky, as the English machinery was produced and guarded as “top secret” equipment, and stealing the design plans would win him a life sentence in the feared Botany Bay in Australia. However, the young adventurer tied the sketches onto his body and managed to successfully bring them home. As a result, in 1804 the first spinning machines imitating the English ones started to work in Brno, each replacing forty workers. And so the textile from Moravia gradually took control of the markets not only in the Habsburg monarchy but in other European countries as well.

As they got rich, the factory owners became interested in what the city looked like: they took care of its development and sponsored various entertainment activities for its inhabitants, building city parks and museums and bringing exhibits from distant countries… A fairy tale indeed!

The third part of our tale is related to Jewish businessmen and the year 1848, when they were legally allowed to settle down and establish businesses in Brno. Lots of Jewish businessmen with their huge savings came to Brno from surrounding areas and started building brand new factories here. The quality of cloth from Brno was so high that some English entrepreneurs used to purchase it here and bring it home with them. There, they’d put a “Made in England” sticker on it and sell it back to continental Europe without anybody telling any difference. 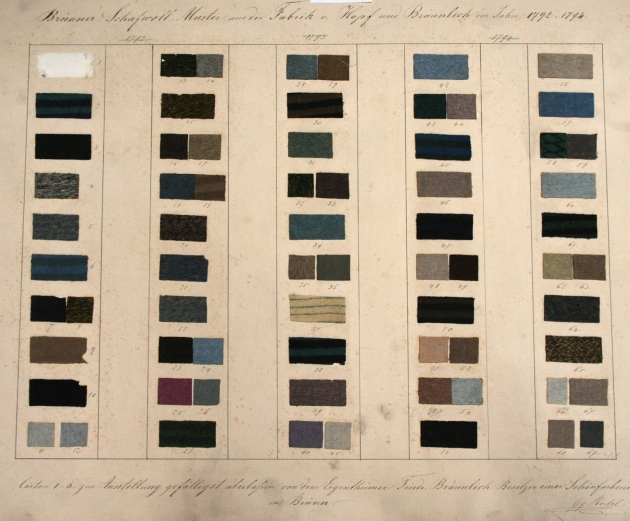 During the era of Czech, German and Jewish factory owners, the city literally flourished. The houses dispersed beyond the city walls and started to form new streets, and it’s the Jewish factory owners and their presentable residences that Brno has to thank for its architectural jewels; here, let’s remember at least the globally renowned Villa Tugendhat. 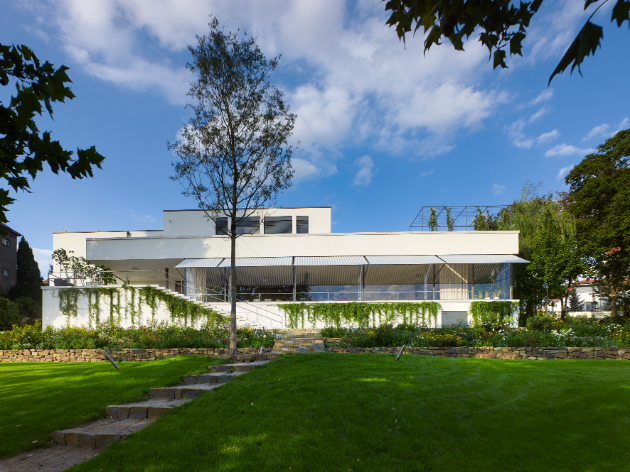 And they lived happily…

The Jewish businessmen had a synagogue built in Brno during the boom of the textile industry. Unfortunately, you can no longer visit it, as the Nazis burnt it down right after they took control of Brno. The luckier ones from among the businessmen were no longer there to see this disgrace, as they’d managed to flee to safety; however, they had to leave their businesses here at the mercy of German administrators. 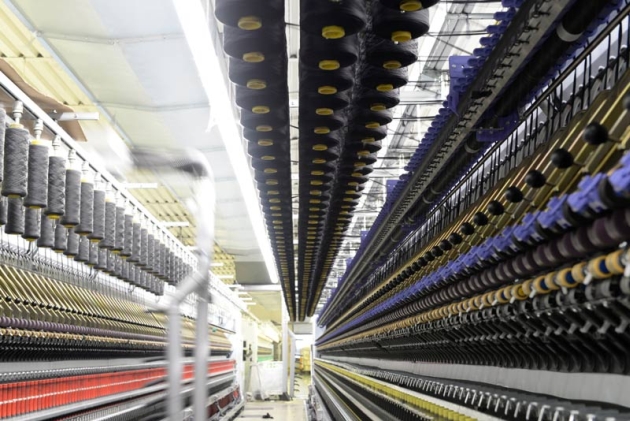 Photo: Nová Mosilana
The synagogue in flames may have symbolized the very end of a huge, successful era of Brno. After WW2, the city never restored its top position in the textile industry; the remnants of the businesses were nationalized and continued more or less successfully working as Vlněna and Mosilana until the end of the communist era. After the Velvet Revolution in 1989, only Mosilana was saved thanks to its acquisition by the Marzotto concern from Italy, and it has been working under the foreign investor ever since as “Nová Mosilana” (New Mosilana). By the way, the cloth to sew the uniforms for Italian carabinieri is produced here (something to remember when you see a policeman in Italy!).

Where’s the dragon, though?

There’s a dragon in every fairy tale, and there was a terrifying one in this one as well: it was disguised as the inhumane working conditions for the thousands of people in these factories. And it was they who sacrificed their lives for the success of Moravian textile. Due to the fourteen-hour shifts, poor diet, and a combination of various diseases, the average life expectancy of such a worker was only 33 years. For the factory owners, it was most profitable to employ orphans to whom, in return, they were supposed to provide accommodation, food and education; the reality tended to be very different, though. The history of textile in Brno isn’t about great achievements only, as there were also lots of strikes. The largest one took place in 1899 with over 12 thousand workers from over 60 local textile factories attending. 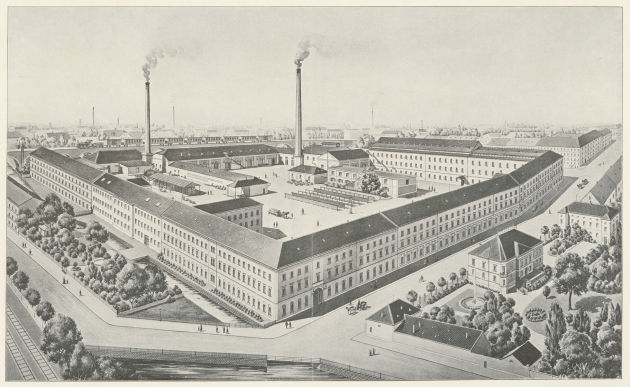 And it was only Karl Offermann, one of the factory owners, who decided to do something about their dismal standards of living. He drew his sword and cut off at least some of the dragon’s heads: first, he established a sickness and support fund and had 29 blocks of flats built for his employees. The situation of the working class was very slow to improve, however, and the age limit for the working children was officially changed only at the beginning of the 20th century – to ten years of age…

Once upon a time, there was… or was there? 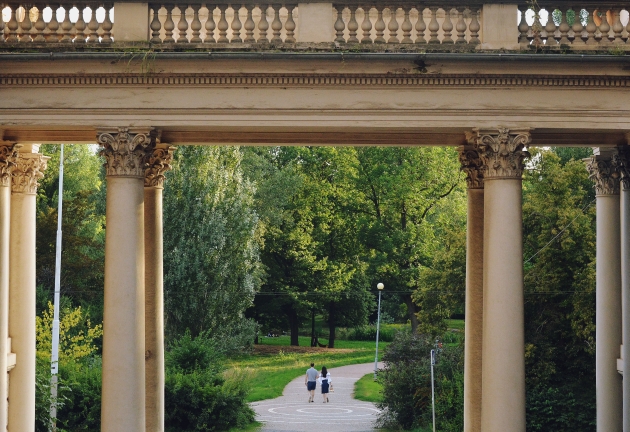 Fairy tales always have a happy ending, but this one seems to be lacking it. Let’s take a look at it from another perspective, though: what would Brno be missing if the textile boom never happened? Well, Brno wouldn’t really be Brno but only a small provincial town. No beautiful and frequented Lužánky park, no excellent city transportation (yes, another achievement of the textile industry, as the Tramvajová company was established in 1869 by four local factory owners, thus making Brno only the fifth city in the Habsburg monarchy with a working system of city transportation), and the railway would have come to Brno much later. We wouldn’t boast the unique UNESCO buildings, and there we wouldn’t be able to boast about having the first electricity-lit theatre in Europe either. And, mainly, we would have missed the dozens or hundreds of stories that form the history of our city.