Work
Since the day it was created, Hypothesis software has travelled an unusual path – from cartographers directly to the army, which uses it for remote psychology diagnostics of its job candidates.

Hypothesis is a software tool developed by scientists at Masaryk University, originally for research purposes in cartography: “We wanted to know how alternative forms of map displays affect the way people read them. That’s why we needed a tool offering a wide range of ways to display what is called a ,stimulus material', while capturing the reactions of the tested people and recording their answers. Later we realized that – after certain modifications – it could be used by psychologists as well,” says Čeněk Šašinka, head of the project and Centre of Experimental Psychology and Cognitive Sciences, about the development of the system for online testing. 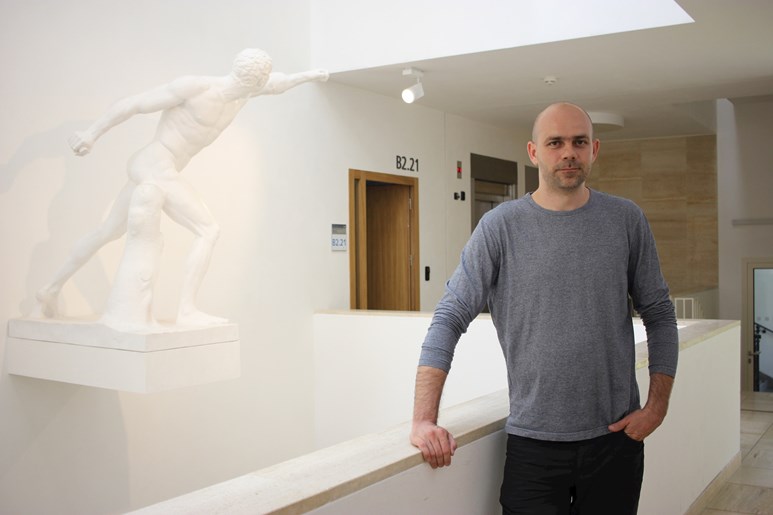 Even though the scientists continue to use the software for reading maps, its use in applied psychology is significant as well. In cooperation with the Military Hospital in Brno, a software solution for assessing military applicants was created. For the Hypothesis system, the scientists prepared psychology tests, but it was necessary to create standards for a specific part of the population to enable the software to evaluate the data correctly. That’s why the scientists joined forces with the Military Hospital in Brno and provided the software with provisional standards for free. The standards are being continuously specified thanks to the growing volume of data the hospital has been obtaining through regular use of the tests.

“In the Czech Republic, there are three military hospitals, each of them dealing with diagnostics using its own systems. Now, they have an opportunity to unify the diagnostics and I believe our Hypothesis is the only system to handle it,” says Čeněk Šašinka about the software’s potential. 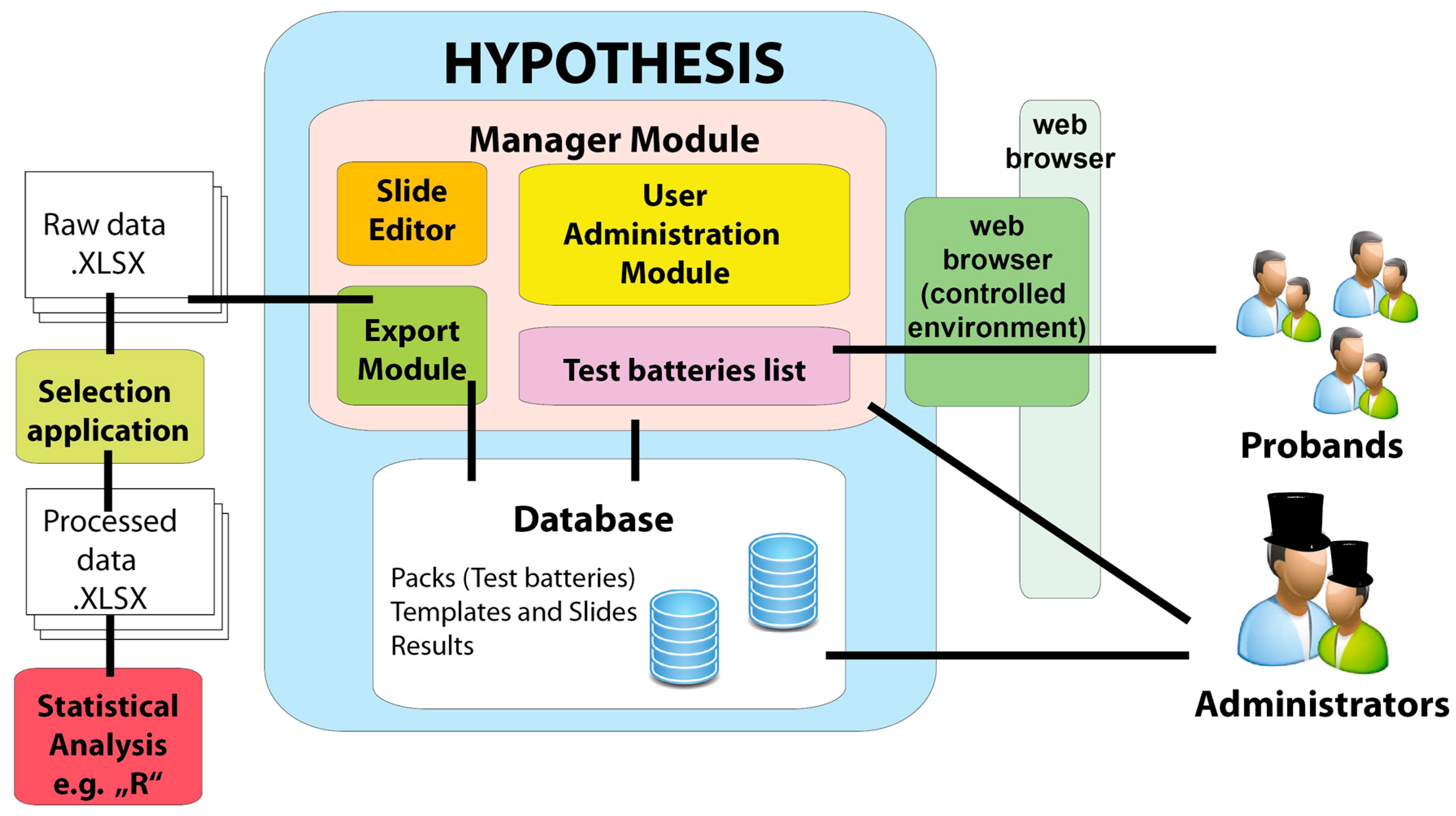 This year (2019), the commercial license to the software was purchased by Military University Hospital Prague, paving the way for closer cooperation on a scientific level. And this surely deserves celebration, as in the Czech Republic it’s still quite rare to see a scientific output from humanistic research successfully transferred to the commercial segment: “Typically, technologies or knowledge in these disciplines are transferred on a non-commercial basis. And that’s what makes the cooperation with the Military University Hospital so exceptional,” adds Jana Daňková, business manager from the Technology Transfer Office of Masaryk University.

The software does the testing online, where precision timing and reliability are two main advantages of the Hypothesis system. The eye-movement test in particular needs to be synchronized to achieve millisecond-level accuracy. Beyond that, its users appreciate the wide range of offered features as well. Other batteries of tests that were originally designed for other platforms may be incorporated into Hypothesis, meaning that the test can be used outside the army, as well. “Currently, a certain foreign company is interested in the system; it has its own tests for diagnosing reading disorders through eye tracking, and it’s looking for a platform to administer their test more easily, so they contacted us,” adds Šašinka. 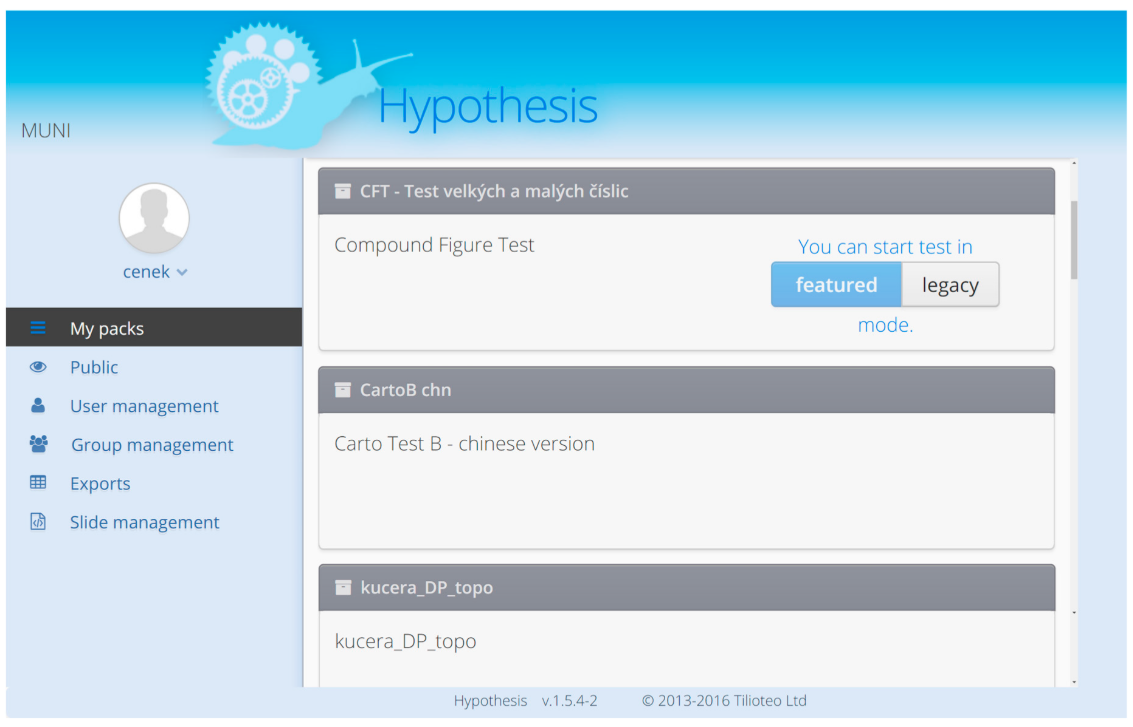 Also, the tests often have to adjust to a specific environment, as each user has their own requests; for example, the processes used to assign the tests in the hospital or the format of output data may differ. By heavily focusing on the development of the user interface, Hypothesis is very-well prepared for all these, as well. We’ll see how the researchers succeed in taking this opportunity and using this tool to test people all over the world.