Do business
In 2007, Ondřej Coufalík and Martin Pavlíček established a predecessor of today’s survey platform Survio. It’s been a long, bumpy road, but now over 2 million users from all over the world use their online tool to create surveys and collect valuable answers.

JIC helped them gain experience and overcome initial obstacles. The beginnings of this start-up from Brno were a hard challenge for their determination, and its founders had to prove how serious they were about their business.

“One week after the establishment of Survio, the Lehman Brothers Bank fell and the biggest economic crisis in the last thirty years began.”

And that was only the first of many challenges to come. Fortunately, everything worked out in the end, and this online project built on an intuitive platform which serves to easily create online surveys for people all over the world has been used by over two million users since its establishment in 2007 (at the time its name was different).

Part of the Software as a Service segment, Survio was established in Brno by Ondřej Coufalík, its current CEO, and his friend from university, Martin Pavlíček. “At the time, there weren’t many purely online systems to create surveys. American survey builders were the most common, such as Survey Monkey, which still works and remains one of the greatest global names in this industry. A lot of online services we know today didn’t even exist back then; MySpace was dominating, but just a few years later it became absolutely insignificant,” says Coufalík about the times in which they brought to life the very first version of the program. 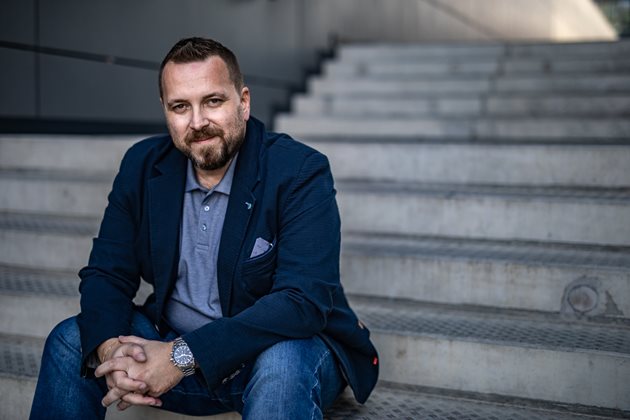 Start-ups weren’t really a thing at the time

There was no service like this available on the Czech market, so the product definitely had some promising potential. But creating it wasn’t easy. “Start-ups weren’t really a thing at the time; this principle was unknown and investors or funds weren’t as widely available as today. We didn’t have much money and incubators for starting businesses and projects were only just starting to appear,” adds Coufalík. That’s why they had no choice but to work on it into the evening and night while they spent their days working on commercial projects.

It took painfully long for their software, then named Likeex (Like an Expert), to get its first customers. The most useful thing was to join networking events and professional workshops in the innovative environment of Brno to naturally get to the source of substantial information.

“People were interested in the product, which only confirmed our original idea. However, it took a six-hour training to learn to use the program at the time, and even after that some customers weren’t able to create a survey.” That was when Ondřej and Martin decided to rebuild the whole thing from scratch.

When enhancing the product, the developers decided that the main thing was to make everything as simple as possible. Sandra Kumorowski, an experienced American marketer who had even done some campaigns with Steve Jobs, gave them a helping hand. She helped redo the brand as well as the app to make them more user-friendly. And everything was already thoroughly tested, which has remained a good practice at Survio ever since. 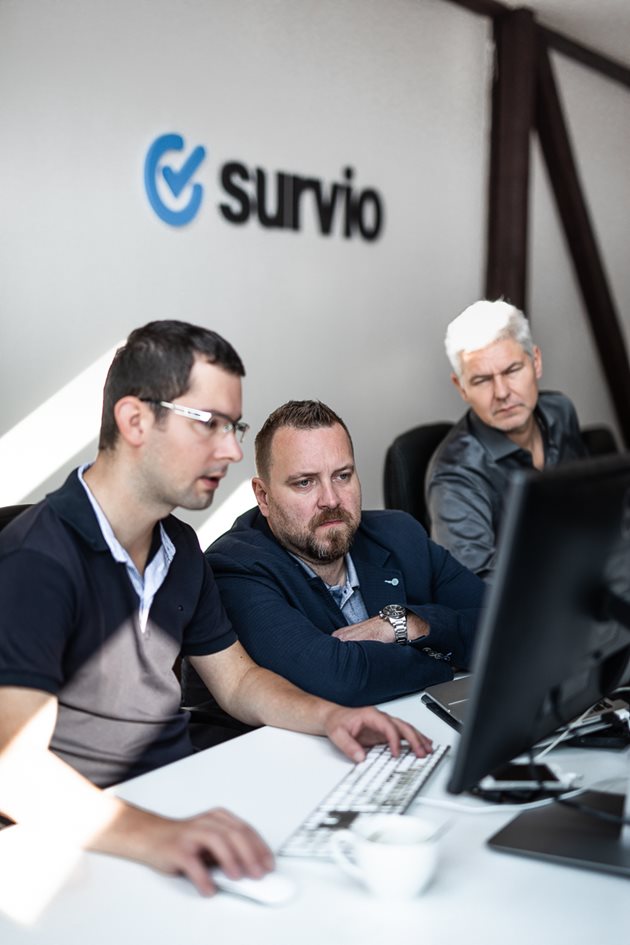 In 2012, a decisive investment of 1.5 million CZK arrived, so all the team members could focus fully on a single product. And one year later, the beta version of the app was launched. “It took us five years to get the first million users, while it took only 18 months to get the second one. And I’m glad we had to work this hard; I’m sure we wouldn’t have pulled it off if we had gotten 10 million CZK from someone at the time. I wouldn’t have been able to work with it,” concludes the CEO on the quite bumpy path of the product he’s never stopped believing in.

Survio works in the freemium model, which means that the basic system of the service is for free, and this is perfectly sufficient for most users. However, a big number of users like to use various extensions, above-standard features, special tricks, and simplifications (e.g. an option to brand the survey, automate the processes, process the data or gather a bigger number of responses, etc.), so they upgrade to a paid premium program.

Our team is our greatest asset

So far, Survio has been localized into 16 languages (with corresponding marketing support), and it’s even about to enter the American market. All this with a small group of people Ondřej has carefully chosen to build a reliable and professional team from the very beginning of the project. “It’s not my goal to have a thousand members on the team; I’d like to be smart about it, so even with a team this small we manage what two or three times more employees would have to do elsewhere. The know-how is ours, and we protect it. I know very well how long it takes to teach it to a new person on the team.” 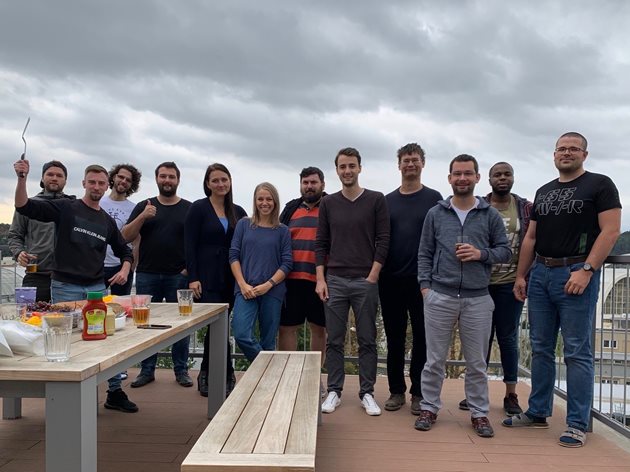 Another advantage of the company is its environment, where it makes no difference who the boss is or how many hours you spend in the office; it’s about the responsibility of each member for their part of work. “Often, I see people elsewhere doing what’s called pseudoscience, whereas here we know precisely and right away how what we do works and how it can change. Everybody can immediately see the results of their work,” adds Martin Souček, CMO at Survio, on the level of satisfaction in the team and at work. After all, job candidates are asked quite non-standard questions by their potential boss: “At interviews, I still ask the candidates when they’ve got beaten up the most in their life. What their biggest fail has been. And how they behaved. It’s people like this, who have fought and won, that I want on the team.” 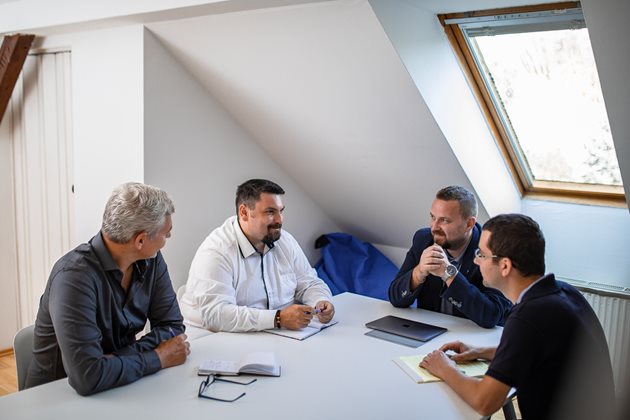 This supportive environment is essential for Survio even outside the offices. Together with other company founders from the region, they continue to attend lunch meetings, where they openly discuss the joys and challenges of their businesses. This is how the biggest SaaS event in Central Europe started: called SaaS Movement, Survio organized this event for September of this year, with the help of fellow Brno-based companies Smartlook and Smartsupp.

These experts on asking questions have been offering a helping hand for example to university students in #brnoregion, teaching them to do surveys and work with data. If you’re interested in the world of questions and answers in just a few clicks, Survio may be an efficient and natural path to take.