The greatest logician since Aristotle

Live
As a child, he constantly tormented those around him with his curious questions that they started to call him “Mr. Why”. If his parents had any idea that little Kurt Friedrich would grow up to be one of the greatest thinkers in history, they might have been more willing to answer all those questions.

Let’s be fair, though: Kurt Gödel couldn’t have possibly been born into a better family back in 1906. His father Rudolf was an executive director and shareholder in textile company Redlich, a position he had earned through his diligence and skill, having also patented several inventions for machines in the textile industry himself. His mother Marianne came from German-Moravian bourgeoisie and she raised her sons, Kurt and older Rudolf, to respect education and supported their intellectual interests. Simply put, both the boys grew up in a harmonious and financially secure environment.

The years Kurt spent in school were relatively easy and eventless. In 1924, the family moved from #brnoregion to Vienna and young Gödel applied to a local university to study physics. Thanks to several exceptional teachers, he later took up mathematics and philosophy.

In 1931, one year after finishing his doctorate studies, Gödel formulated and proved statements that caused a revolution in science – two theorems on incompleteness. From the first one, it follows that no formal system can be both complete and provable, while from the second one, it follows that it is impossible to prove it within the system. 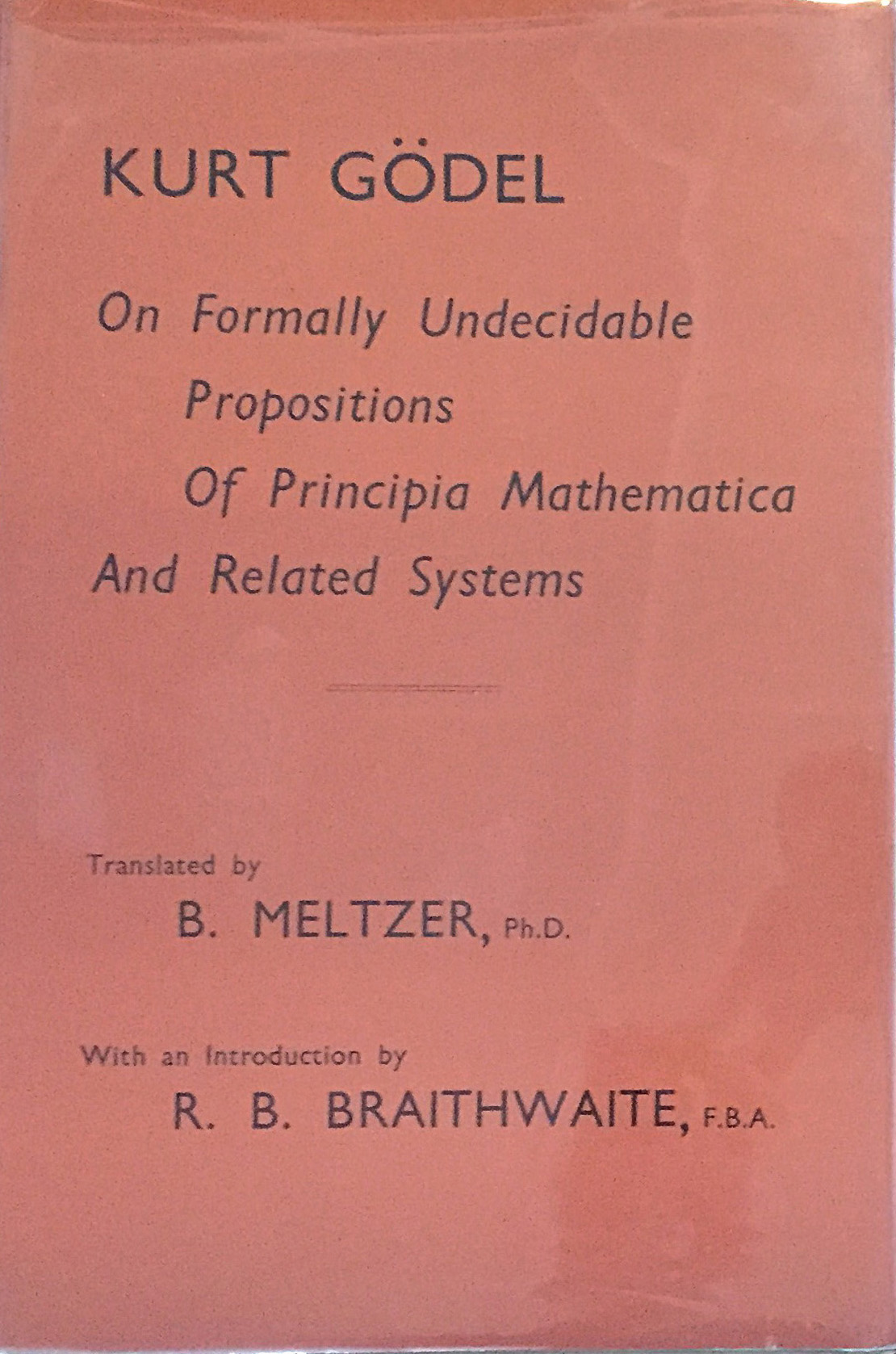 These theorems put an end to over 50 years of efforts made by mathematicians to completely formalize mathematics by pointing out the possible existence of unsolvable problems. This discovery created huge waves in the scientific and philosophical communities of the second half of the 20th century and beginning of the 21st century. Among other things, it led directly to the birth of computers. In order to prove these theorems, Gödel further created or developed several mathematical procedures and techniques, such as Gödel numbering, a unique coding system whose parts closely resemble what is today called a programming language for computers.

The woman of his life was Adele Nimbursky, who Gödel met in 1929. They married nine years later, taking those around them by surprise, as Adele was almost 16 years his senior and even divorced. When they met, she was working as a masseuse. Having no interest in science, she adored and protected her extraordinary partner, for example once waving her purse around to drive away a group of Nazi troublemakers who were bothering him.

WW2 forced the Gödels to flee to the USA in 1940. Overseas, Gödel worked as an associate professor and later a professor at the Institute of Advanced Study in Princeton. He focused on philosophy and – influenced by his close friend Albert Einstein – expanded that focus to also include physics. The Gödels spent some pleasant years in Princeton, living a quiet life on their own in a small house they bought. Adele was in charge of their household and took care of her husband, always supporting him.

Gödel and Einstein were famously good friends and another Princeton man, major physicist Freeman Dyson, once said: "Gödel was the only one of our colleagues who walked and talked on equal terms with Einstein." 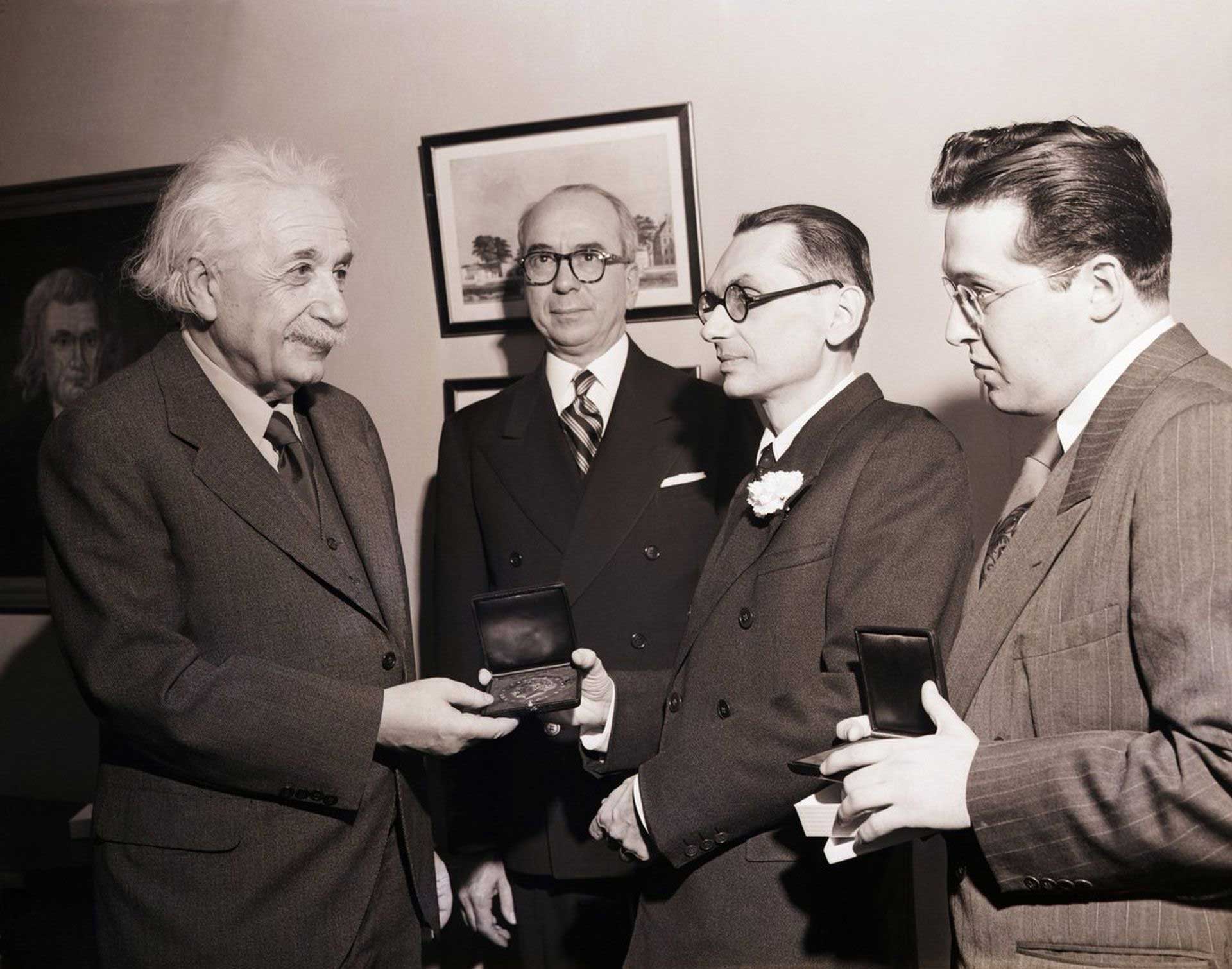 The level of their intellect was the only thing these geniuses shared, though, as their opinions about everything else differed. Einstein was sociable, cheerful and liked to talk, whereas Gödel was a silent, pessimistic loner. Einstein loved to play the violoncello and adored Beethoven and Mozart. Gödel’s favourite movie was Snow White and the Seven Dwarfs by Disney, and when his wife once put a pink flamingo in front of their house, he called it “awfully charming”. Einstein was famous for his love of heavy German cuisine, while Gödel lived off baby food and laxatives. Einstein’s private life wasn’t exactly eventless, while Gödel’s life with Adele was peaceful and exemplary. And even though most of his colleagues considered Gödel a grim weirdo who only dealt in impossible-to-grasp logic, Einstein once said, “I went to the office just to have the privilege of walking home with Kurt Gödel.”

In their shared intellectual isolation, these two found consolation in understanding each other. And as their contemporaries from Princeton confirmed: “They didn’t want to speak to anybody else. They only wanted to speak to each other.”

Success did not make life easy for Gödel. He had difficulties handling all the social duties that followed from his position. His exceptional discoveries turned him into a celebrity, but also increased people’s expectations of him. And such pressure didn’t have a good impact on this timid, withdrawn, diligent, even meticulous loner.

Poor health, traumatizing experiences from the Nazi years as well as the pressure to perform resulted in psychosomatic issues that became only more serious as he got older. He believed in ghosts and feared, for no apparent reason, that his fellow scientists wanted to poison him. Therefore, he ate only what his wife prepared for him, as she was the only one he could fully trust. And when Adele couldn’t be around, Kurt didn’t eat at all. In January 1978, he died of exhaustion and malnutrition, being 71 years old and weighing a mere 36 kilograms.

Convinced of the afterlife...

This very weird and sad ending shouldn’t overshadow that Kurt Gödel left behind. He was one of the most significant logicians ever. His two incompleteness theorems are among the most important as well as the most frequently misinterpreted discoveries in logic and mathematics in the 20th century. With these theorems, he laid a solid foundation for mathematical logic, proof theory in mathematics, the theory of time complexity, computer programming, and the basics of mathematics through his set theory.

He added a unique, enriching perspective to Einstein’s general theory of relativity by formulating and discovering a cosmological model of rotating space which enables time travel. Here, he opened a discussion about whether such travel is in conflict with the principles of physics and philosophy and whether it may actually be done – something still being discussed to this day. In 1949, he formulated a cosmological model of space with time loops that would enable people to return to their own past. Based on this, he dealt with the analysis of the term “time” in detail. In the form of a series of formulas with only minimal commentary, he created a logical procedure that specified and complemented the Anselm of Canterbury’s proof of God’s existence. This ontological proof of Gödel’s was published only after his death, and its significance has been discussed by logicians, theologians, and philosophers ever since. Gödel himself described the proof as a type of exercise in using modern means of modal logic.

He was strongly certain of the existence of the afterlife: “I am convinced of the afterlife, independent of theology. If the world is rationally constructed, there must be an afterlife.”

If Kurt was right and there really is the afterlife, that’s where he must be now, in some other dimension… locked in an intense discussion with his good friend Albert. And, just like in real life, they don’t need anyone else.