#BRNOREGION
/
News
/
The things they call “impossible” are the most interesting

The things they call “impossible” are the most interesting

Live
“A lot of innovations are made by the artists simply trying out various technologies without knowing exactly what they can do,” says Martin Králík from the 3D studio at the Faculty of Fine Arts, the only fine arts university in #brnoregion.

The Brno University of Technology has several faculties, but one is totally different from all the others – the Faculty of Fine Arts. In its 16 studios, young artists push the limits of design, intermedia works as well as classical fine arts techniques. In the seemingly chaotic daily routine of this eccentric arts school, however, digital technologies are taking root, as well.

At first glance, Studio of Sculpture 1 is exactly what you’d imagine a sculptor’s studio looks like. However, its large rooms full of plaster busts and life-sized clay models are curiously located right next to several rooms full of computers. Opened in 2007, the special 3D studio was the first place of its kind in the Czech Republic to actively incorporate 3D technologies into the studies of contemporary arts.

“We were the first to implement what is now called digital sculpting into study programs, and we’ve continued to do it ever since,“ says sculptor and founder of the studio Michal Gabriel, who, among other things, authored the sculptures exhibited on Šilingrovo Square in Brno. 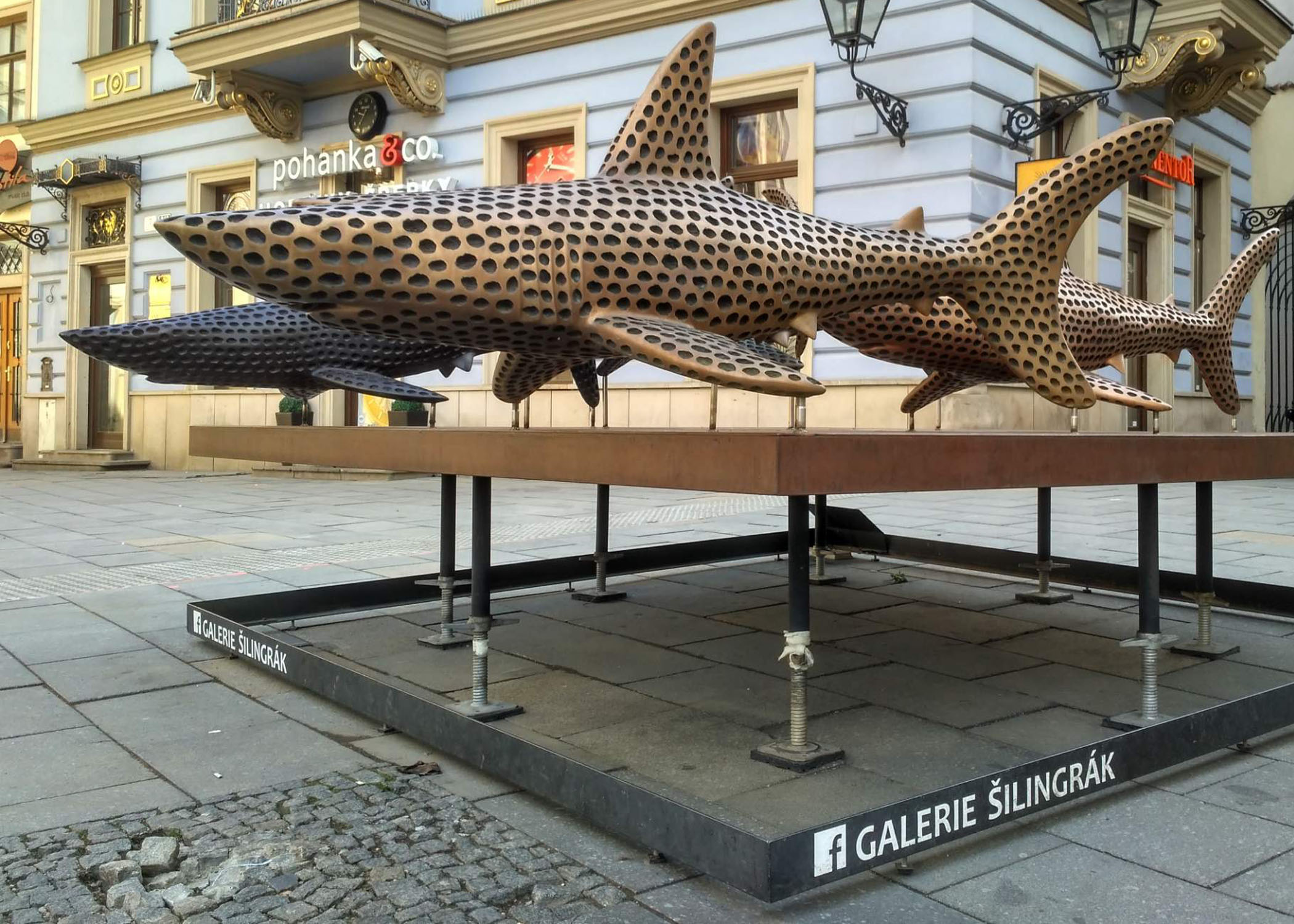 In addition to classic sculpting, the students in the studio learn to work with a 3D scanner, 3D printers, and 3D robotic machining. Recently, a professional robotic arm with a machine head was installed in the studio; the robot enables the students to create even several-metre tall sculptures made of materials such as reinforced polystyrene and wood. “A classic sculpture two to three metres high can take up to nine months to create. With the robotic arm, we can assemble this in two months, which is just great,” says Dušan Váňa, one of the assistants.

According to studio managers, the new technologies are still only one of many necessary tools, as sculptors cannot do without classic manual work and spatial visualization. However, digital sculpting is a game-changer mainly thanks to the possibilities the Internet has to offer. Today, anybody can download a digital model of almost any object or – on the other hand – use a scanner to share any of their work with anyone else in the world.

How to exhibit your work on the other side of the world? Just use 3D printing! In 2015, faculty students in cooperation with the School of Visual Arts exhibited works in The SVA Flatiron Gallery in Manhattan. They just sent their data to the USA to be printed out right there. In return, students from New York were able to exhibit their work in Brno without having to arrange any demanding transportation. 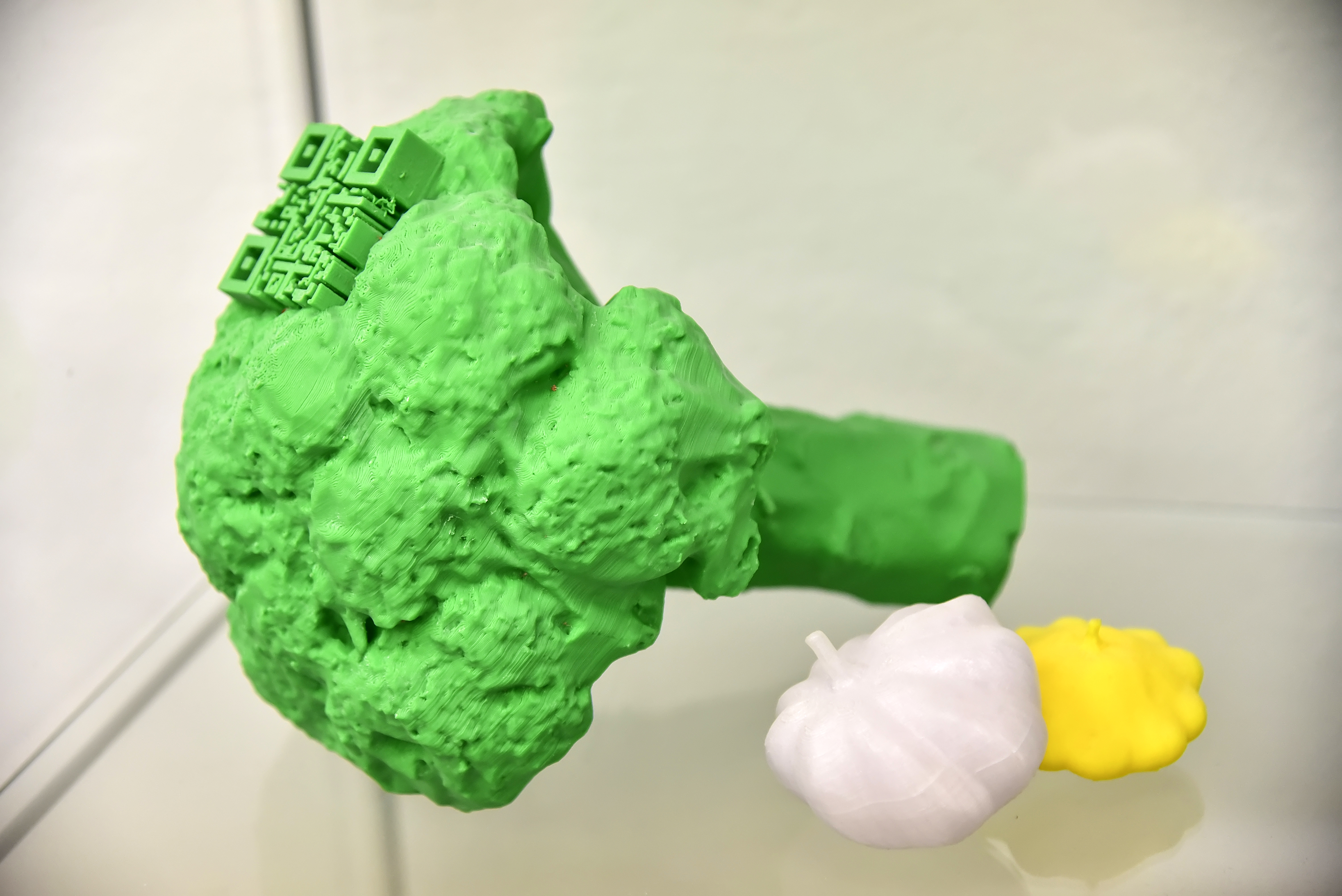 Creative chaos with no fear

Art students typically see technologies that started in an engineering domain as insurmountable problems rather than solutions. They are afraid of using expensive devices and don’t feel confident enough to do any coding. Together with Martin Králík who’s in charge of the robotic lab in the 3D studio, however, they overcome not only these stigmas but also the limits of various 3D technologies.

“People with purely technical thinking only try to improve and push technologies further. Artists, however, push things further because they don’t know what will happen or don’t know that it cannot be done. Students often approach me with an idea of what they’d like to create that initially seem technically impossible to me. However, I start thinking about it, we start working on it and gradually start to see that it can, in fact, be done,” describes Králík. 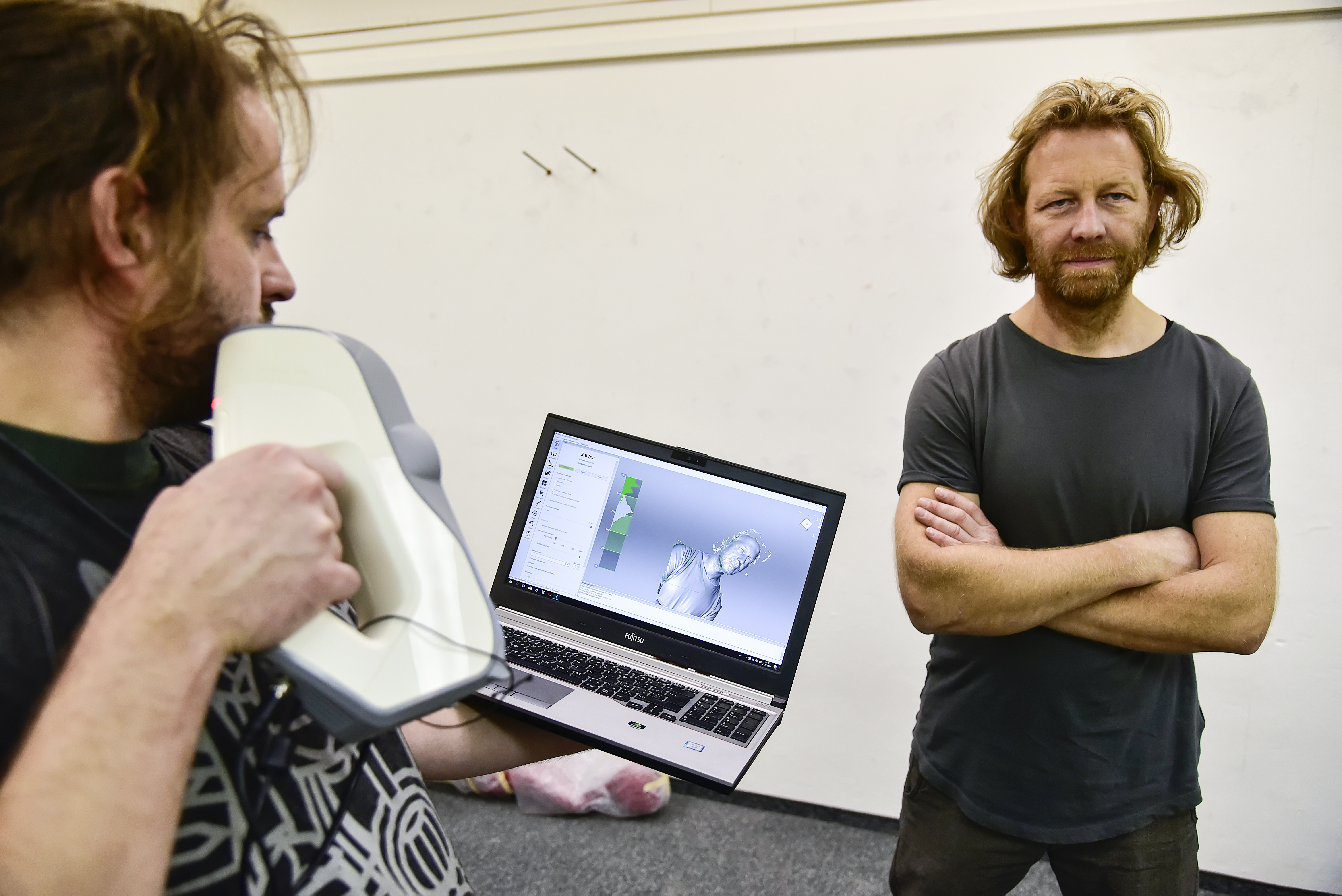 Rather than a professional technical workplace, the robotic laboratory where 3D models and sketches are created looks more like a DIY workshop with total creative freedom. The tables are covered in fragments of sculptures mixed with colourful printer filaments and snacks put aside in the heat of the creative process. All this helps the students feel comfortable and unafraid of making mistakes.

Originally a student of a secondary school for electrical engineering, Králík tries to help the students learn from one another. He spends most of his time making technologies available to the students who cannot afford to buy the expensive printers or robots. Another setback of professional printers may sound surprising: they are so reliable and precise that students cannot make all the potential mistakes, encounter all the potential problems or, above all, cannot learn to resolve them on their own. 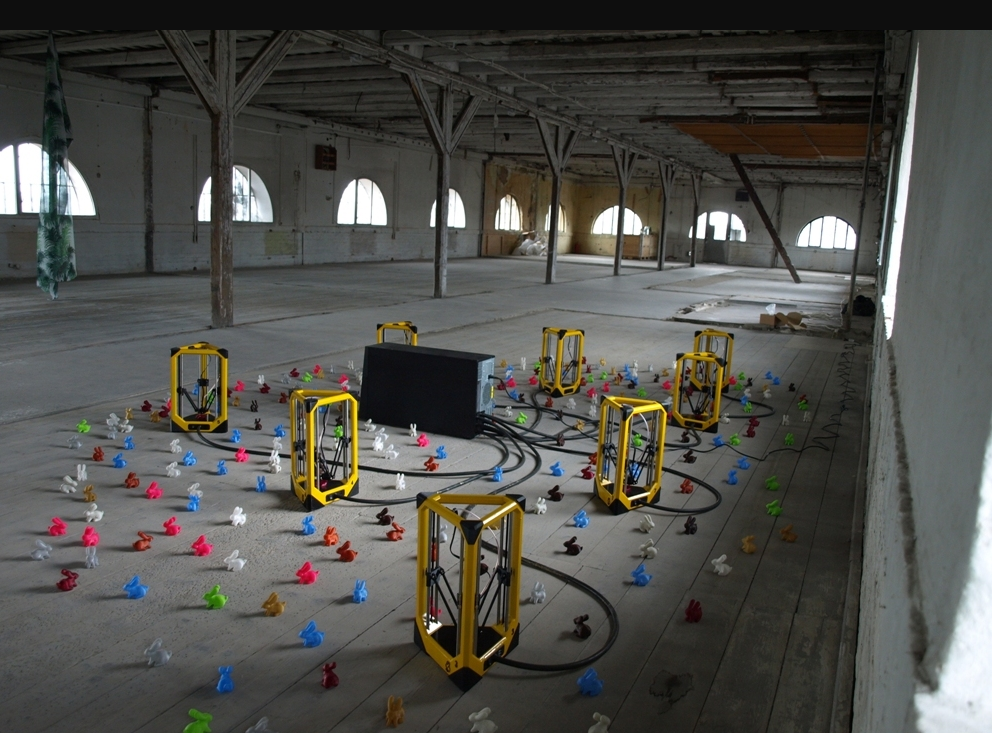 That’s another reason why Králík has developed his own prototype of a 3D printer, itself produced by 3D printing. It works as an open system, so any of its cheap components can be replaced with another newly-printed one whenever a mistake is made. The printer has been exhibited to the public as part of the interactive installation at the Prototyp Festival. His latest project is a table-top robotic arm which adds more options to classic 3D printing. His enhancement of an open-source model of the Thor robotic arm should add a sixth axis to printing. It also makes the robot more precise and enables it to work with a larger number of angles. 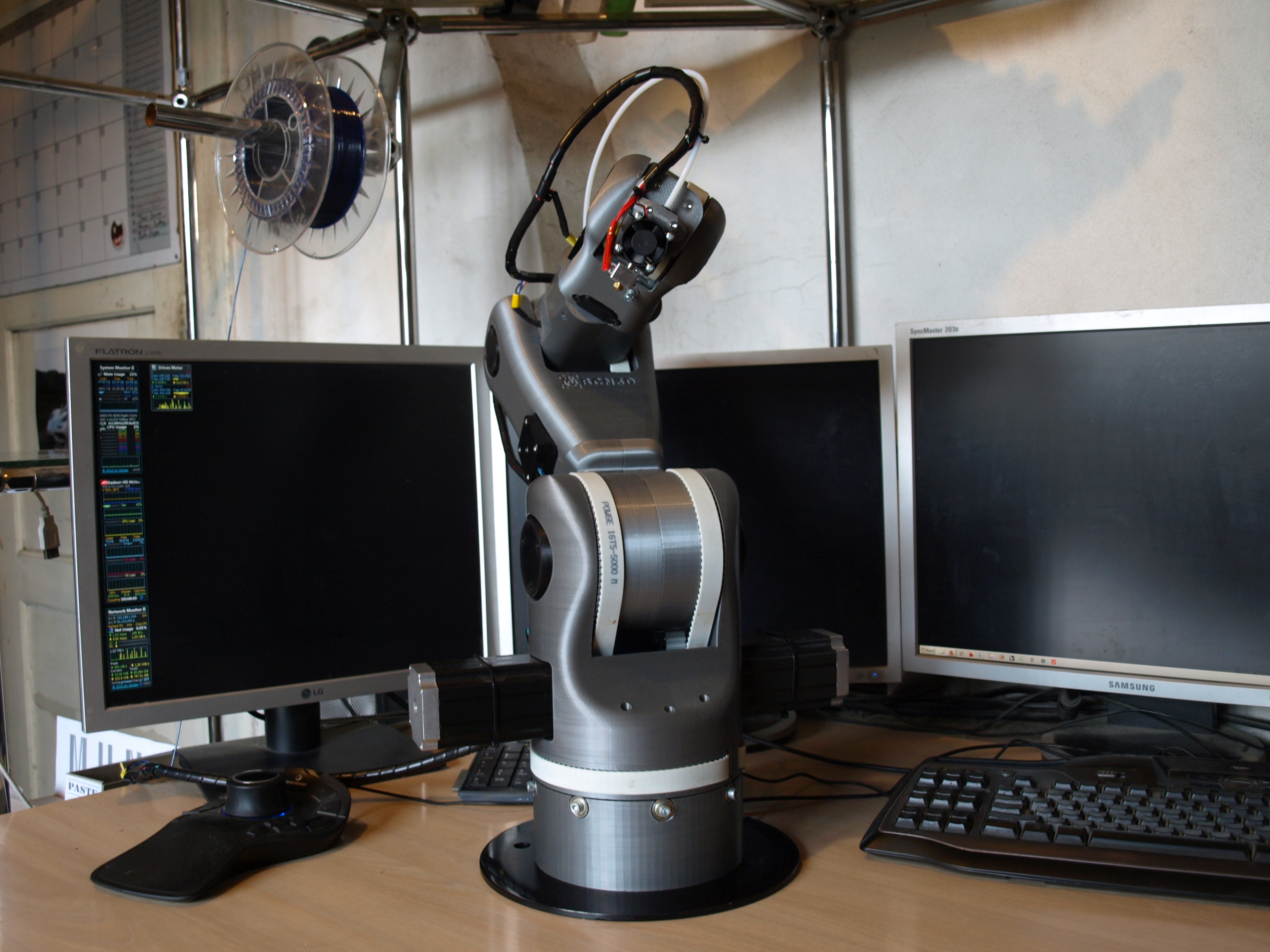 The main task is to create a system of controls friendly enough for amateurs as well. Here, Králík once again draws inspiration from his students, as they help his “engineer” mind better understand how big of an obstacle coding software can be for young sculptors. Together, they then come up with new ways to bring their creative ideas to life.