#BRNOREGION
/
News
/
Václav Muchna: Money is a reward for changing the world

Václav Muchna: Money is a reward for changing the world

Václav Muchna and his Y Soft have become natural parts of today’s business environment in Brno. Originally from Prague, Muchna found success in Brno, where he succeeded in building a global business in printing, digitalization, and, most recently, 3D printers. And he claims that his stubbornness was one of the things that helped him become this successful.

You began doing business over twenty years ago at the age of 18. What got you started?
I was unemployable. I came to Brno to study informatics at Masaryk University and found that the life of a student was rather expensive, so I needed to earn money somehow. After my first manual labour job, though, I looked at my hands and said to myself: “No way I can ever earn enough with these things.” I quickly discovered, however, that my immense self-confidence didn’t do me any favours in interviews, either. That left me with only one option: starting my own business. 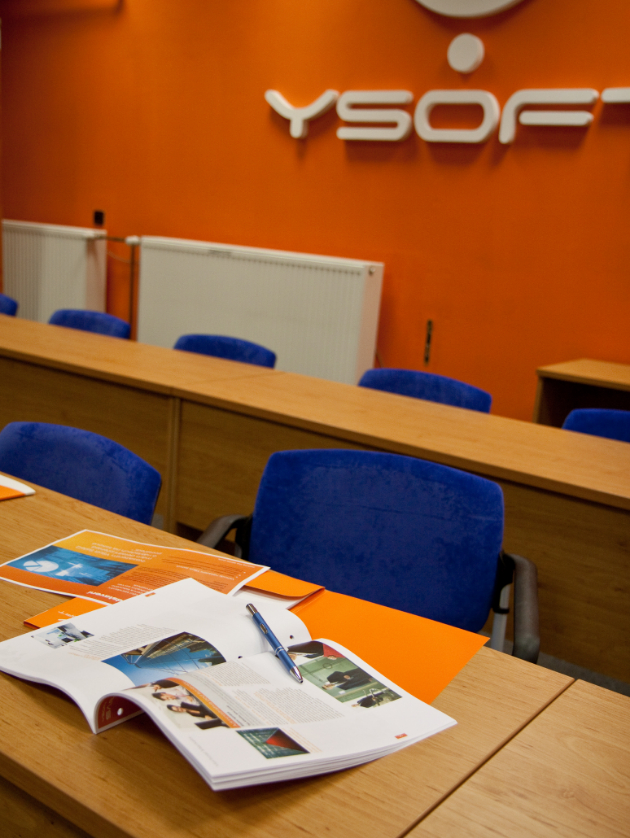 Your Y Soft didn’t find success overnight, though.
Well, I started as a freelance coder and soon got so busy that I could no longer handle all the work myself. That’s when I approached my fellow students at the university and started working with them developing custom software. From the very beginning, though, we kind of knew we’d like to have a baby project of our own to develop further one day, so we kept our salaries low or simply worked for a share in the project. During the first five years, none of the projects took off. The only project that didn’t go bankrupt was physically stolen from us just a few days prior to its planned sale, and the only thing left were huge debts. I wanted to give up, but my buddy Martin De Martini convinced me to give it one more try.

“I’ve got this quote in my office from Moore: ‘The winner is just a loser who tried once more.’ And this fits our case perfectly.”

That was far from a quick success. Do you feel that rapid success has become the expectation today? Do today’s businessmen plan on becoming millionaires in just twelve months?
Anybody owning an apartment, even a mortgaged one, is a millionaire today, so that’s no longer the goal. However, the situation has changed greatly in terms of the availability of capital. Y Soft was established with no third-party investments not because we were such heroes, but because all potential investors said they wouldn’t invest into hardware. Having some capital at the beginning speeds things up a lot; on the other hand, it reduces the resilience of the company and today it can turn business owners into employees working for their own companies. After all, there’s a huge difference between being a businessman and an employee. I’ll share more about that later to keep readers in suspense, though. 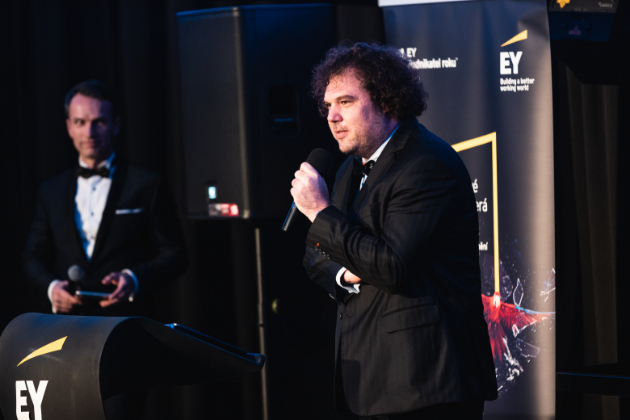 These days you provide services for companies from the Fortune 500 list, your turnover is around one billion, and you have several hundred employees. Do you think Y Soft would have become similarly successful if you had found an investor at the beginning?
Hard for me to say. Of course, our failures very much affected the process of building what’s called resilience today. We’d have been much further ahead mainly if we’d had both money and know-how and didn’t have to resort to the trial and error method.

Czech businessmen are said to struggle with ambition, “selling themselves”, and self-confidence. What ambitions did you have at the time? Did you guys want to build a successful global company?
Today’s businessmen are pretty good at selling themselves, actually; however, I sometimes feel they lack self-reflection or cannot sell their services and products. And there’s a huge difference between these two. Czechs, in general, aren’t very ambitious. We do business in hundred of millions Czech crowns instead of billions of dollars. Twenty years ago, we didn’t have that kind of ambition either, as it all seemed technically impossible to us. Today, there are still just a few start-ups in this country that could ever earn billions. There’s no know-how about how a truly big business works. There are no big global companies here for us to learn from. We do have the proverbial “Czech hands of gold” but we don’t understand that a well-produced product amounts to only 40% of success. Globally successful Czech companies, such as Tescan, Avast, or Kiwi, got ahead mainly thanks to their foreign management.

It’s one thing to hire a foreign manager as a big, successful company, and another thing to do the same as a start-up. What should starting businessmen without know-how do there?
Going beyond your possibilities is the hardest thing. When I don’t know something, I have no way of knowing that it can be done better. And if I’m successful, I think I’m doing it well. How can you then hire an experienced head of marketing when you don’t understand marketing yourself? From the very beginning, we wanted to build an international company, so when I was hiring people to do the marketing for us, I went to Silicon Valley and found a PR specialist to help me create technical evaluations of the candidates. I can evaluate the culture or approach to work myself; what I can’t do is to decide whether the candidate understands marketing or not. And just like that our auditor helped us find a CFO. You may know someone who’s not ready to start to work for you, but they can help you evaluate the candidates.

“The world in the 21st century has become so globalized that it’s become far less important where you are based. You need a city with a large number of talented people, and that’s what Brno is. You can build a small start-up in a town, but when you suddenly need two hundred employees, you’ll have difficulties hiring them. Brno is an excellent place to live. Originally from Prague, I’ve been living in Brno since 1998, so I feel at home here and don’t plan on moving anywhere else. I’m satisfied here. What we miss here is a highway to Vienna or a high-speed train to Prague to its big airport as well as support for doing business in schools."

Which steps does a businessman have to take in order to expand abroad?
First, from the very beginning, they need to think of their company as a global one, not a local one. And how to do that? Create your project both in Czech and English and get ready to localize into other languages as well. It’s hard to do it later when the systems (not only the product but also everything related to it) aren’t ready for it. Then start selling. I’m a fan of quick validation; a successful start-up should have its products sold before they are even finished, so there should be two or three clients who have already promised to buy the final product. This is actually a validation of the fact that the market is interested in your products or services. Ideally, the customer pays a deposit to help cover development, and it fosters confidence among investors as well. As the number of customers grows, you should relatively quickly expand abroad. It’s important to remember, however, that Western Europe demands a level of quality that we can hardly imagine here. This isn’t just about properly written code, either — everything has to work and you need to keep all your promises. The devil is in the detail, as the saying goes. 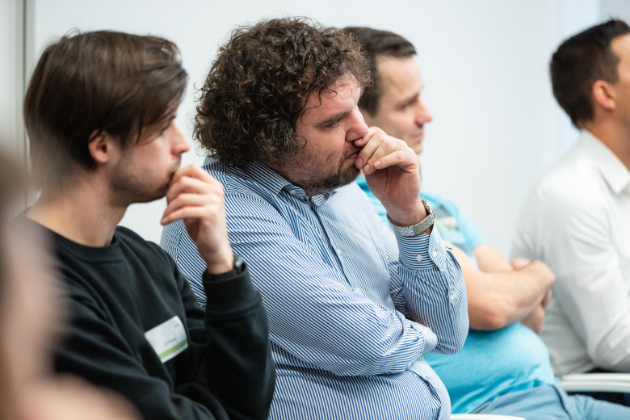 Is there any typical profile of a businessman? How can people find out they have what it takes to do business?
There are two types of business. You can open a corner shop, hire a few employees, and be satisfied. Such businesses are necessary as well. And then there’s a business you establish to “build a company and change the world”. Both types have one thing in common, and here I finally answer your question about the difference between an employee and businessman: it’s risk. In our company we have some employees who are visionaries and good leaders, they work hard or come up with strategies. I see all these things in businessmen as well as employees. An employee prefers a lower risk to profit but, in return, knows they’ll get their salary every month. A businessman doesn’t know whether they’ll get any salary; they may earn ten times more or nothing at all. So the first question is the size of the risk you are ready and willing to accept. And even a corner shop is a lot riskier than getting employed.
The other thing is about the ambitions we talked about earlier. A businessman is a person who’d like to achieve a better quality of life than others. It’s impossible to do business for money alone, and it simply has to make some sense to establish and manage your company; however, the money is the result of doing business and there’s nothing wrong with admitting that I want to be well off. And I’m willing to take risks because of it.

“In business, money is a reward for making the world a better place. And if I improve it a lot, then I deserve a big reward.”

This is a shortened version of JICtalk podcast in which Hanka Šudáková interviewed Václav Muchna. The entire version (only in Czech) here.