Work
Viliam Vatrt, a professor of geodesy, was the first to calculate the current value of the physical constant W0 – a value as important as the speed of light in a vacuum or Newton’s gravitational constant. This makes it possible to unify altitudes all over the world and improve the safety of air traffic.

It’s likely that all of us have, at some point, encountered some data about altitude in a map or when climbing a hill. What you may not know, however, is that the height of the highest mountain in Europe differs depending on the altitude system used to measure it. And the systems used in various countries often differ.

Point zero is used to measure altitude and is derived from the median level of the surface of the water of the closest sea. “Almost every country has its own point zero. However, this is not entirely reliable, as even individual seas have their own altitudes, so the level of their surface may differ all over the world by up to two metres,” explains Viliam Vatrt. Simply put, the planet is asymmetrical and bumpy, so there are hundreds of altitude systems used all over the world.

Point zero is calculated using a mareograph, a tool that measures the elevation of sea level and, based on the long-term average, determines the basic point of an altitude system.

On the Czech-German-Austrian border, there is a border stone with as many as three altitudes. The Czech altitude system is based on the Baltic Sea, while the German refers to the North Sea and the Austrian system is based on the Adriatic Sea. And this is no exception! “Spain uses two while New Zealand uses as many as twelve altitude systems! This then causes problems at borders where a highway is to be constructed, as the elevations need to be adjusted,” says Vatrt, explaining the complications caused by the non-unified altitude system. 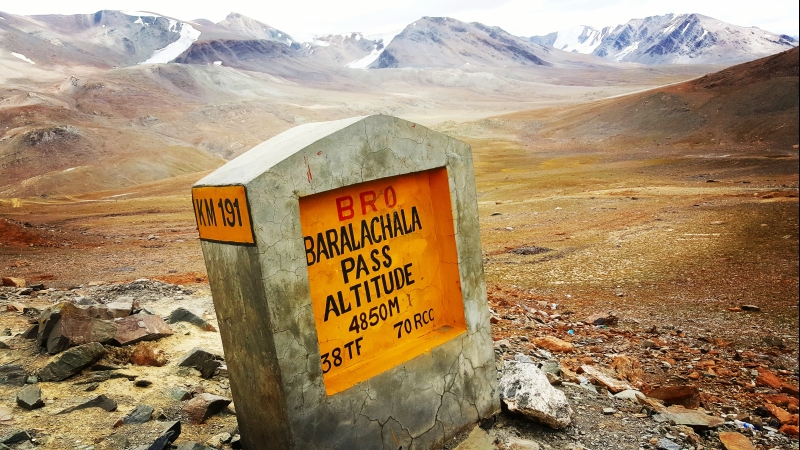 And this is what a unified altitude system, adjusted based on the W0 constant, should change. The value of the constant provides the medium level of the global ocean in relation to the surface of the Earth, which is an imaginary plane to determine point zero anywhere in the world.

The medium level of sea surface is determined based on a geoid, a physical model of the surface of Earth. Created by scientists with the aim of simplifying various calculations related, among other things, to gravity or altitude, a geoid is not a regular geometrical body, but it has the same value of gravitational potential, unlike the actual planet Earth. And it’s this imaginary plane, defined by the W0 constant, that Vatrt believes should be used to calculate all altitudes and elevations. 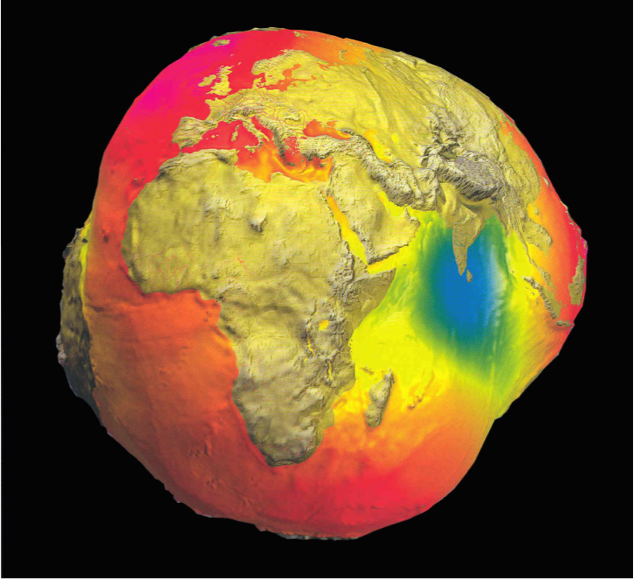 The theory of deriving this constant has been around since as early as the 18th century. But it was the Czech geodesist Viliam Vatrt who first calculated the current valid value of the constant, to an accuracy of 5mm.

Calculating the constant took 12 years and Vatrt’s team used data provided by a million satellite images to complete their work.

The constant was accepted in 2012 by the USA, Canada, and Mexico to unify the altitude system in North America, but Europe is hesitant. Vatrt has no idea why European geodesists refuse to accept the constant: “Europe wants to create a unified altitude system based on the Amsterdam mareograph, which is the oldest one in the world. It will be inaccurate as well, though. It seems to me that the European geodesists want to keep dealing with it to gain money for their research. However, in geodesy there is a lot to research. Establishing an altitude system based on the W0 constant is easy and we even practice it with our students,” says Vatrt and adds that one of his postgraduate students is currently working with the W0 constant to set up an altitude system for the Czech Republic.

If the altitude all over the world is calculated using the W0 constant, all the local elevations in the Czech Republic would “grow” by 14 centimetres, while all those in France would decrease by 62 centimetres. 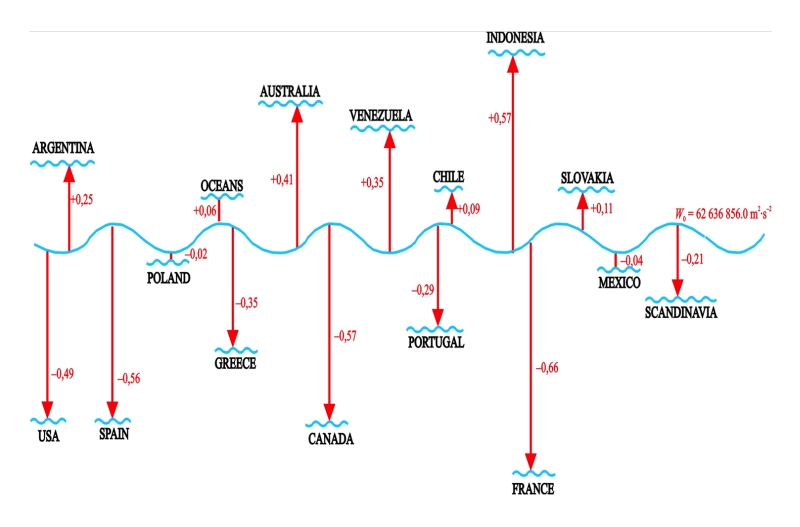 The only ones to unquestioningly accept the constant were astronomers in order to unify time on the entire planet.

Today, time is determined based on very precise atomic clocks in dozens of laboratories all over the world. However, each observatory is located at a different altitude, so they are affected by different gravity. And this is why the times from specific places were recalculated for the level of the local geoid – the medium level of local sea – and then for the global geoid.

Simply put, only with this calculated W0 constant could astronomers remove the discrepancies between individual atomic clocks.

Pilots could easily land planes with their eyes shut

The list of areas that would greatly benefit from accepting the W0 constant is very long, and one of them is its application in air traffic.

Vatrt has been working on a device to make flights safer. “Today, the speed of flight is determined by a sort of tube with a hole in it based on how fast the air goes through it. However, this method may prove unreliable, for example several years ago this tube froze above the Atlantic Ocean and transmitted an incorrect signal, so the aeroplane’s instruments incorrectly judged the speed and the angle at which the aeroplane was ascending, and subsequent errors by the pilots caused the aeroplane to fall into the ocean,” explains Vatrt on why this Pilot tube may be unreliable, recalling the accident of the Airbus by Air France which fell into the ocean in 2009. This tragedy was partially caused by human error, but a device that reliably provides accurate altitude would have quite likely prevented it.

The device doing calculations based on the W0 constant shows precise altitude in real-time, making it possible for aeroplanes to land even in unfavourable weather or complete darkness. “The pilots could easily close the curtains in the cockpit!” 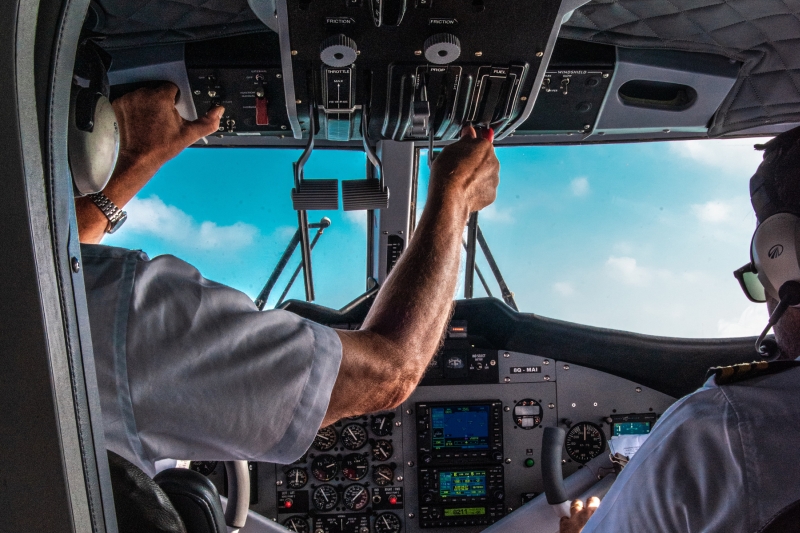 Searching for water in Africa, right from #brnoregion

Several years ago, Vatrt and geophysicist Lubomír Pospíšil established Geo Applications. Vatrt’s colleague working in the same office at the university found out that when you know the real altitude, it’s simple to find anomalies in the density of underground masses, with the help of other quantities. The anomalies then correspond to what is under the surface. Using the Density Mapping Technology method, they can find places where natural gas, oil, or water are likely to be found.

And it was water that they found in two dry areas in Ethiopia in 2019, without ever leaving their office.

Vatrt admits he has no ambitions to get rich or famous, so they search for water in Africa in their leisure time. He believes that finding water in Africa will improve the conditions for the locals and help reduce migration issues in Europe. “When people have nothing to drink there, they’ll leave. And since these are poor countries, they need to find water in a cheap way, several hundreds of meters under the surface at most. And that’s what we can do. We do this, because it makes us happy.”

Viliam Vatrt became a professor of geodesy and cartography at Brno University of Technology. And even though he moved to the town of Dobruška in Eastern Bohemia after his studies, where he made his revolutionary discovery, he likes to come back to Brno and educate new generations of geodesists.