Live
The most entertaining part of the student year in #brnoregion? Definitely spring. Before the semester moves into the test period, it’s necessary to recharge one’s batteries and to intersperse the semester with fun, concerts, theatre, and sports. A Majáles offers all of that! Experience the celebration of spring and youth and discover the student culture in #brnoregion!

There’s more to it than spring

We wrote about the celebration of the coming of spring in connection with Ester. But that’s not good enough for Czech students. And so they have been celebrating spring in their own way, since the 15th century. The Majáles tradition emerged in Czechia with the rise of universities. Students have always liked pranks and provocations targeted at the establishment. And since those times we have had the tradition that during the celebration of spring witty provocateurs remain unpunished.

Over the centuries the tradition has changed, but fun and pranks are still a part and parcel of Majáles today. In the first half of the 20th century, Majáles almost petered out of student life, but it did return after the second world war. Although it did not work the way it should have. The state determined how to celebrate Majáles and even came up with the recommended slogans. But let’s not beat about the bush, this certainly isn’t the only thing that didn’t work here under communism.
And nowadays? Majáles looks completely different again.

A month of fun before the exam period

Majáles culminates at the turn of April and May with an allegorical procession, music festival, and crowning the King and Queen of the Majáles. But there is more to it - at #brnoregion the boisterous celebrations of spring and student life begin in April already. Yes, that’s true, a whole month of fun!

The symbol of the beginning of spring student celebrations is erecting the maypole – the symbol of spring. Typically, it is a several meters long bough with most of its bark and branches removed. Branches are left just at the top and richly decorated.

Students decorate their maypole with the representative colours of their universities and erect it together at the main Brno square. 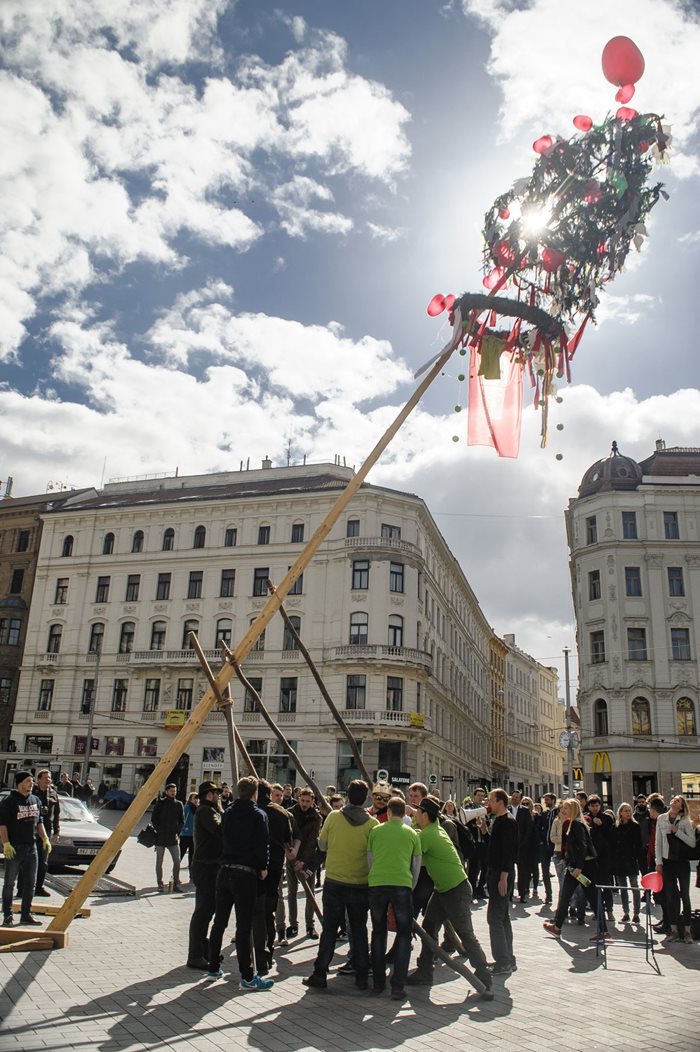 During April, a lot of competitions are held and the whole Majáles is one big show of student culture. So we enjoy concerts of student bands, theatre performances by students of acting, university sports matches and other activities organized by students themselves.

Sport is fun as well

In the course of Majáles students can also stretch their bodies. Because you just can’t sit staring into books and computers all the time.

Almost everybody plays football in the Czech Republic. That's why its indoor version shape, futsal, became the sport in which all the university teams in #brnoregion compete.

Indeed, no student, especially from the Brno University of Technology, should miss out on the practical competition “Run to 53”. It is just that BUT is on the 53 bus line, so it is definitely a good idea to master those sprints so you never miss a lecture again (or conversely evening entertainment!) 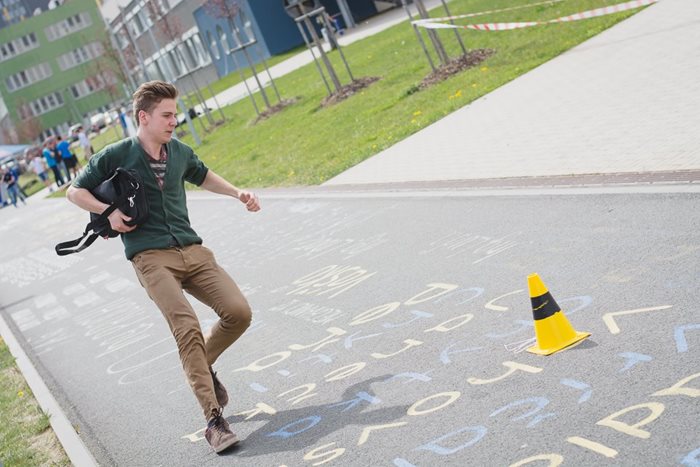 Monarchy is returning to #brnoregion

The choosing of the King and Queen of the Majáles partly plays on a serious note. You might have a king and a queen of spring, symbols of spring who dress in spring flowers and leaves. Well, the royal couple in #brnoregion puts on a royal robe and has crown jewels, but their role is no less important. 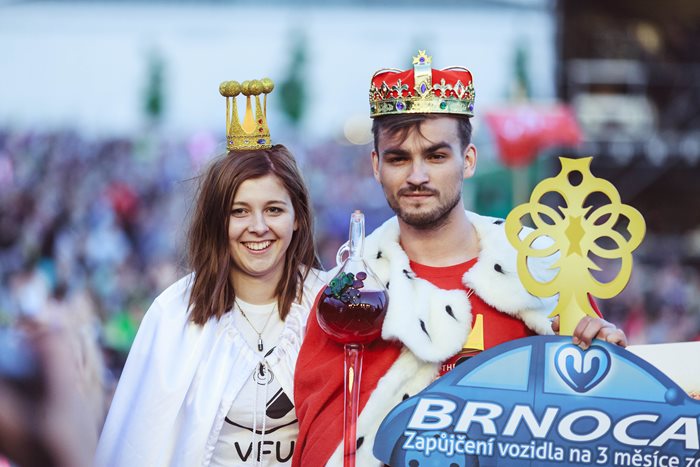 Each university in Brno selects its candidate for the king and queen, and they in turn compete with the representatives of other schools. But beware, beauty is really no criterion here! While charisma and smile add some points, candidates must also introduce a project to enhance student life in #brnoregion. And defend it in the royal debate. The chosen king and queen then have a year to implement the project in cooperation with the city.

This year's candidates have for instance proposed a Start-up Market to support student start-ups and projects addressing 24/7 availability of public toilets, seeking a healthy lifestyle or linking the generation of students and seniors. Candidates  also presented their intentions in the course of the royal discussion. Only the best can become the king or the queen!

Come to study in #brnoregion, because next year you could rule yourself!